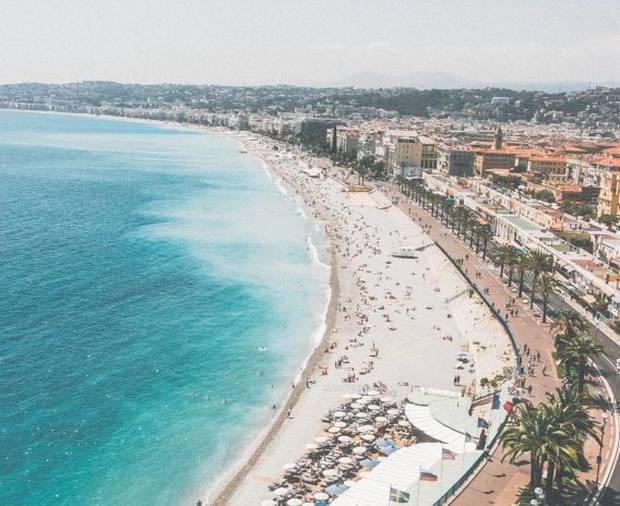 Often overshadowed by Monaco’s elegance and St. Tropez’s glamour, Nice is due more credit than it is given. From pristine beaches dotted with striped sun loungers and lively French chatter to the year-round Mediterranean climate and stunning Art Deco architecture – this city is as naturally charming as they come.

Here are ten reasons to love – and live in – Nice:

Every year since 1294, Carnival has taken place on Nice’s scenic Promenade des Anglais in the second half of February. It’s one of the biggest carnivals in the world and attracts a million people every year.

Europe’s answer to Rio Carnival started as a way for masked festival-goers to safely ridicule those in power. Failure to partake was not met with kindness – anyone who turned up with an unpainted face risked getting flogged with flour-filled stockings.

The tradition has been upheld for centuries, with celebrations growing more grandiose by the year.

Nice wasn’t always a French city – it actually used to belong to Italy. Whilst the Mayor’s office is fond of saying the city of Nice “chose France”, there is some dispute over the legitimacy of the famous vote of 1860. Some say it was rigged, with only ‘oui’ ballots actually having been printed at the time, while others maintain that the vast majority of Nice was in favor of being part of France.

The result of this tumultuous past is, however, a happy fusion of French and Italian architecture, lifestyle and cuisine.

The traditional Occitan language spoken in the South of France sounds a little like Catalan (its closest linguistic relative), with elements of French and Italian. French itself still reigns supreme, however, and with lots of friendly locals to practice with, it’s a perfect spot to brush up on your French while getting exposed to a unique mix of cultures and languages.

Visitors in search of markets selling local produce and French delicacies won’t be disappointed. There are many markets to choose from, each more charming than the last.

Nice is also known for fantastic fresh seafood, decadent desserts and pastries, and fabulous wines, making it foodie heaven that gives Paris a run for its money.

For a traditional Niçoise dish, try socca, a delicious chickpea pancake and the city’s regional dish.

A harmonious melange of Italian and French culture, Nice straddles both territories whilst managing to maintain a unique identity.

As one would expect from the French Riviera, life in Nice is a little breezier and things move at a more leisurely pace than elsewhere in France.

In Nice you’ll spend your days hanging out in buzzing streetside cafes, browsing charming local shops, surveying the impressive yachts dotted along the coast, and strolling along the famous Promenade des Anglais – and if this ever gets boring (we don’t think it will), Italy is just a short car ride away.

If smooth jazz soothes your soul, then you might just take to Nice. The annual Nice Jazz Festival was the first event of its kind to gain international significance. The tradition has continued on since 1948, drawing musicians and jazz-lovers from all over the world to Nice’s sunny shores.

The Côte d’Azur is unrivaled when it comes to glamorous European beaches. With clear blue water as far as the eye can see, Nice’s beaches provide a scenic place of refuge for both eager tourists and long-time locals. Whether you’re looking to lounge on the sands of the famed Beau Rivage or you want to try snorkeling on the rocky shores of Coco Beach, you’re unlikely to come across a beach you don’t love.

If leisurely beachside lounging isn’t your cup of tea, fear not – Nice has a fair bit to offer to anyone interested in history. Cimiez is a neighborhood in Nice, formerly known as the Roman town of Cemenelum. Founded in the 1st century AD, it’s chock-full of history and features plenty of gorgeous ancient sites.

A picturesque web of terracotta-colored rooftops atop buildings painted in sunset hues of red, orange and yellow, Nice’s old town features cute shops and cafés at every turn. The whole city is brimming with stunning architecture – between the Place du Palais, Musée Masséna and the gorgeous villas built during La Belle Époque, you’re spoilt for choice as you wander through the charming cobbled streets.

The colorful buildings, bustling promenades and azure waters have drawn people to the city throughout history – and the views from the hills just outside the city have made them famous.

Numerous artists, including Henri Matisse and Marc Chagall, were enchanted by Nice’s beauty and called it home for many years. With such stunning views to drink in each day, it really is no wonder.

Tags: French, France, Nice
Learn French with EFLet's go!
Get the latest on travel, languages and culture in the GO newsletterSign me up

Your quick guide to making the most out of Miami
By Chelsea · 4 min read
Young Adventures: 5 Tips for Young Travelers
By Karla Garcia · 3 min read
Why you should plan a slow travel trip this year
By Emma · 4 min read
Why learn Russian
By Finola · 5 min read
See more from