And the most beautiful languages in the world are… 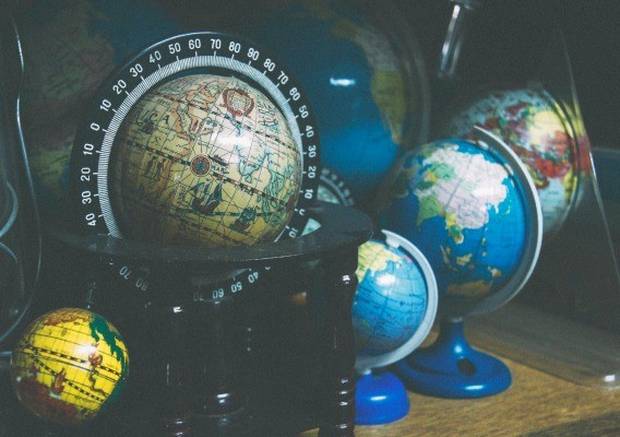 There are over 6900 distinct languages in the world today, but which ones are the most beautiful of them all? Depending on your mother tongue, the languages that you speak and the ones that you actually know of, your answer may vary. It is a matter of personal taste, as well as how much you have been exposed to foreign languages (and which ones). As a native Hungarian, raised in the Middle-East and schooled in the French education system, here’s my take on the most beautiful languages in the world…

If there is a language which draws a unanimous worldwide consent regarding its beauty, it is French. According to several informal online surveys, there seems to be a general infatuation for spoken French all over the world. French has been described as smooth, flowing, elegant and aesthetically pleasing. With its unpronounceable “r”, its nasal vowel sounds “en”, “in”, “un” and melodious intonation, it sounds extremely musical to the non-native ear. And let’s not forget the strong cultural context which lends French the status of the most beautiful spoken language in the world. Who could resist Édith Piaf’s rolling “r”s in La vie en rose or Serge Gainsbourg’s hypnotic cadences in Bonnie and Clyde?

Often said to be somewhat harsh to the ear, German can be quite expressive, melodious and emotion-packed, especially when paired with a bouncy pop-tune. Who hasn’t hummed or sung along to Nena’s 99 Luftballons (without understanding the lyrics), or more recently to Andreas Bourani’s Auf uns, CRO’s Bye Bye or to an Oktoberfest schlager (a hit song) while standing on a bench, sporting a Lederhosen (traditional Bavarian costume)? Crank up the music, let German enchant your ears and let your emotions wash over you!

To the eyes of a reader accustomed to the classical Latin or Roman alphabet, the Arabic script with its artful and cursive calligraphy is akin to an elaborate ornament rather than writing. Written from right to left, without distinct upper or lower case letters, Arabic script seems to flow on endlessly, in a truly mesmerising fashion. It is not surprising that Arabic calligraphy is venerated as a form of religious art and hand stitched and painted on holy objects or places.

English is one of the most widely spoken languages in the world, used by 1.6 billion native and non-native speakers. It has been influenced by Old Norse, French, Latin, Greek and numerous invaders who have shaped its sentence structure, pronunciation and vocabulary to form the delightfully quirky English we know today (more on the history here). Just think of skipper and shipper, end and conclusion, pork and pig, or the trio of find out (from Old English), verify (from French) and confirm (from Latin). Behind every word, intonation or sentence ending lies an intriguing story of exchange and migration. Although often perceived as a practical and easy-to-learn language, English is full of endearing oddities as pointed out in this playful poem: Why do people recite at a play, yet play at a recital? Park on driveways and drive on parkways? You have to marvel at the unique lunacy of a language where a house can burn up as it burns down, and in which you fill in a form by filling it out!

When one thinks of a fiery, expressive language, Italian immediately pops to mind. This sing-songy, joyfully noisy language is not only loaded with emotion through its intonation and pitch, but also through the passionate gesticulating associated with certain situations or expressions. There are more than 200 hand gestures used by Italians in everyday conversation, be it by children, the elderly or even politicians on national television. Gesticulation is a form of body language that lends Italian an amazing energy and force.

Tags: Language learning, Languages
Learn one of these beautiful languages with usLearn more
Get the latest on travel, languages and culture in the GO newsletterSign me up