10 Things to Eat in Japan 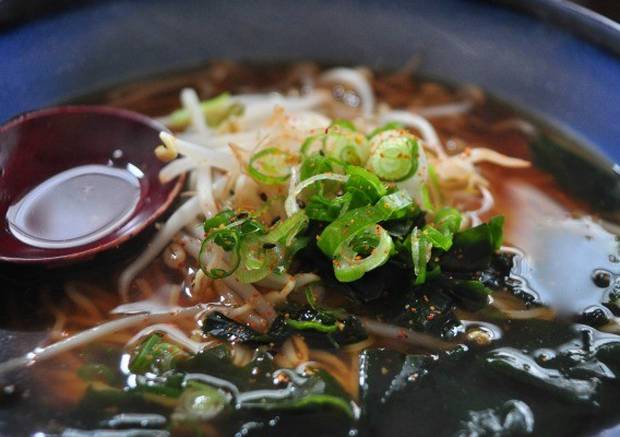 When people think of Japanese food, they tend to just think of sushi or ramen. However, Tokyo has more Michelin-starred restaurants than any other city in the world, and Osaka defines new words because of its love for food, so it’s probably safe to say that Japan is the food capital of the world. One of the reasons for the country’s extraordinary cuisine is the fact that its food traditions revolve around the idea of umami – your fifth taste: Umami translates to “pleasantly savory taste,” and it’s the (scientific) reason why (almost) everyone’s a fan of bacon and fries taste better when you add ketchup. It basically enhances the deliciousness of all the foods, from sweet to bitter to everything in between. Who doesn’t want to eat in a country that has the (secret) ingredient to making everything taste better? Thus, I bring you ten delicious reasons why you should embark on a foodventure to Japan:

Sushi placed Japan on the food map, so it’s only fair to put it at number 1. The small balls of cold rice date back to the 4th century BC and helped preserve fish – now, they have become everyone’s favorite food to dip in soy sauce. Making sushi is an art form, and it takes decades to become a true sushi master: You’ll spend years just learning how to prepare the rice properly. Ginza in Tokyo and fish ports around the country are known for offering the best sushi, but you can also go to a kaiten-zushi – one of the many conveyor-belt restaurants that are more wallet friendly.

In the 16th century, Portuguese Jesuit missionaries landed in Nagasaki and introduced Japan to the life-changing art of frying food. The Japanese made it their own by taking seafood or vegetables and dipping it into a light batter before deep-frying it to perfection. This oishii, or delicious snack, is great to pair with rice, noodles, or a barbecue.

This noodle soup is one of the most popular and inexpensive dishes in Japan, so it makes sense that it’s also a college-student favorite. Ramen noodles are as simple as they are delicious: You take Chinese-style wheat noodles (they are yellowish and look a bit like spaghetti), put them in broth, and add toppings, such as sliced meat, dried seaweed, and green onions. A lot of people eat ramen noodles for lunch, and it’s considered fast food in Japan. However, most restaurants have their own secret recipe, which makes for a unique (umami) experience every time.

Soba, the Japanese word for buckwheat, are thin, spaghetti-like noodles made from – surprise! – buckwheat flour, which gives them their gray/brownish color. Soba noodles are a favorite in Tokyo and date back to the Edo period (1603-1868), when they became popular among Samurais. The noodles are usually topped with an egg, tempura, or other ingredients and can be served hot or cold, with or without broth. Cold soba noodles are eaten with a soy based dipping sauce called t_suyu_, and it is an experience after which I decided I’m on Team Hot Soba.

We continue with the noodle theme and move on to udon noodles, the thicker and more filling cousin of the soba noodle. Broth is the natural habitat of udon noodles that are then topped off with scallions, tempura, or tofu. If you spend enough time in Japan, people will ask you if you’re an udon or soba person, so make sure you try them all and pick your favorite. Nevertheless, whether you’re eating ramen, soba, or udon, always make a slurping sound – it’s considered polite and shows that you’re enjoying the meal.

Takoyaki are small dumplings filled with squid, cabbage, or dried shrimp and topped with a sauce. You’ll find plenty of street vendors and food stands all over Japan that sell takoyaki, and it makes for a perfect on-the-go snack: They are bite-size and – because they are made in a specially molded pan – almost perfectly round.

Anime lovers will probably recognize this from Pokemon and Sailor Moon. Onigiri is a boiled rice ball that is filled with salty or sour things, such as dried plum, salmon, or cod and then wrapped in a sheet of dried seaweed (nori). You can find them all over the country, even at convenience stores.

Okonomiyaki is a combination of the word okonomi, which means “what you like” or “what you want” and yaki, the Japanese word for “grilled” or “cooked”: It’s a Japanese savory pancake containing a variety of ingredients – I had one with cheese, soba noodles, green onion, garlic chips, pork, egg, and kimchi, for example. There are different ways to prepare and serve okonomiyaki; my experience included a line of cooks who prepared the different orders that were then served on a small flat stove that kept the pizza-like pancake nice and warm. To eat it, you get a small spatula-like spoon – and the rest is delicious history.

These charcoal-grilled chicken skewers are best paired with a cold beverage. Yakitori is available with different pieces of the chicken – from thighs to skin to wings or liver, so we recommend you don’t chicken out and sample all of the skewers you come across.

More like Kat-so-yum. This is a bowl of rice, topped with fried pork cutlets and an egg omelet. Katsudon is not only delicious, but it’s also supposed to bring good luck to students, athletes, or anyone who needs it: The first part of the dish, k_atsu,_ sounds very similar to the Japanese word for “to win” or “to be victorious.” (So, make sure you eat some katsudon before your next exam. If you won’t get a good grade, at least, you had a delicious meal.)

Tags: Culture, Food, Japan
Experience the Japanese cuisine and culture yourself!Learn more
Get the latest on travel, languages and culture in the GO newsletterSign me up