10 ways International Women’s Day is marked around the world 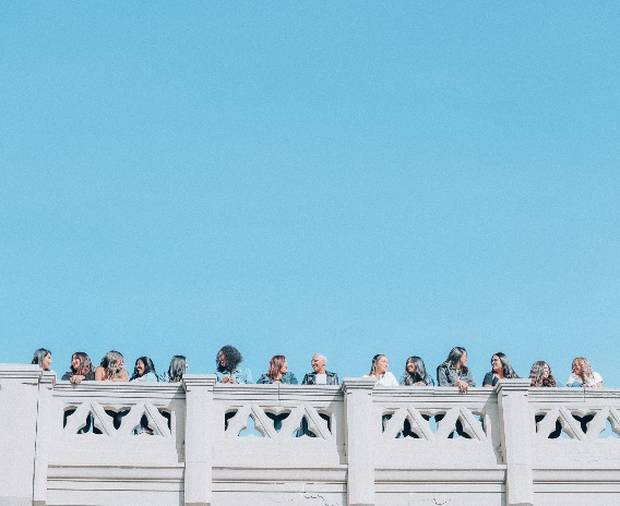 Originally championed and founded by women, International Women’s Day is a global day to celebrate women’s economic, political, and social advancements and highlight the steps that still need to be made to achieve gender parity. Held annually on March 8th, International Women’s Day grows every year, as women around the world pause to reflect and make plans for change, often wearing purple to symbolize justice and dignity and green for hope. But how did the day begin?

The beginnings of International Women’s Day

In February 1909, the foundations of International Women’s Day were laid in the form of a “Women’s Day” held in response to a large-scale New York City garment workers’ strike for better pay, shorter hours, improved working conditions, and voting rights.

Originally a national day marked in the USA, the idea quickly turned international. It was first adopted by European countries after, at the International Conference of Working Women in Denmark in 1910, German socialist Clara Zetkin proposed the idea of a permanent day in the calendar year during which women could make their voices heard. The first international day was celebrated in 1911, though the March 8 date we know would not be set until during World War 1. Celebrated and formalized by the United Nations in 1975, each year the UN now adopts a theme as a way to highlight a specific issue and focus attention.

How International Women’s Day is celebrated around the world

International Women’s day is an official holiday in a number of places and widely observed in many more. Depending on where you are, celebrations range from the giving and receiving of gifts to political demonstrations and protests.

On March 8 women are traditionally given bunches of small yellow mimosas; the chosen symbol of International Women’s Day in this country. Also seen to symbolize female strength, it’s common for women to pass springs of mimosas to each other as a sign of female solidarity. (Being a food-oriented country, you’ll find cakes and pasta created with vibrant yellow colors to resemble the flower!)

In Romania, International Women’s Day is celebrated in a similar way to Mother’s Day, providing a reason for people, particularly men, to recognize their mothers, grandmothers, and friends with children by giving them cards and flowers.

International Women’s Day is not an official holiday in the United States, though the month of March is known as Women’s History Month; a period of time to call attention to women’s achievements throughout history both past and contemporary. On March 8th itself, capital cities host rallies, conferences, and business events bringing together conversation and thought leadership around the topic.

Though the date has been an official national public holiday in Russia since 1918, its original meaning seems to have largely forgotten its political roots, instead of recognizing women in general terms through gift-giving.

While Girl’s Day is March 7 in China, the country has recognized International Women’s Day since 1949. On March 8th employers are encouraged—though not obliged—to give their female staff a half-day off. However, there’s also a strongly-rooted commercial side to the day, in which men are encouraged to purchase presents for the women in their lives.

Australians have marked International Women’s Day for decades, though marches have become particularly widespread since the early 1970s. The day itself plays out across the country with a variety of panel discussions, breakfasts, and events featuring prominent women in their fields, speaking publicly to call for more representation, equality, and diversity across the board.

After the unexpectedly large-scale success of the general strike in Spain in 2018 in which more than 5 million people walked out for 24 hours, the country continues to take to the streets. While a mass strike is not necessarily the focus of future International Women’s Days, the Spanish people are clear in their aim to increasingly focus on rights for women and girls.

Held over three days in London, including International Women’s Day, the Women of the World festival features speakers, activists, and performers who come together to tackle the issues facing women globally. Founded in the UK, WOW now has sister-festivals in other parts of the world, with discussions, talks, and exhibitions that intertwine and feed each other under the one name.

The day is marked by marches through several cities, particularly Santiago the capital, with protesters likely wearing green handkerchiefs to symbolize their support of sexual and reproductive rights. Chants, drumming beats, even elaborate costumes also feature.

Celebrated since the 1900s, Argentinians typically marked International Women’s Day by giving presents to the women in their lives. However, in recent years protests have become a regular feature, with citizens increasingly taking to the streets to demonstrate against violence, the still-present pay gap, equal representation in the arts, and other social change.

Tags: UK, Culture, Spain, US, Australia, Italy, China
Plan your own adventureLet's go!
Get the latest on travel, languages and culture in the GO newsletterSign me up