8 best cities in the world for food lovers 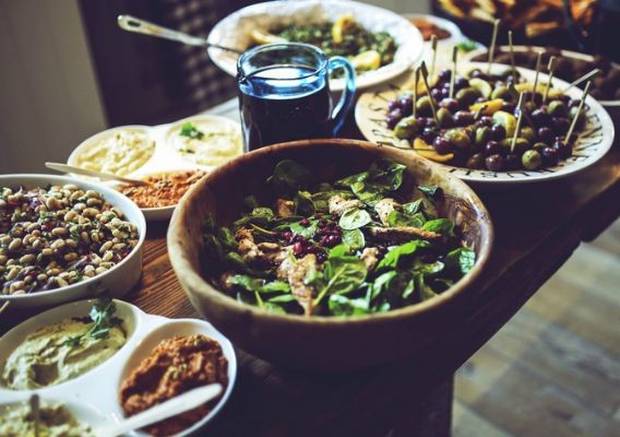 When traveling, living, or studying overseas, becoming immersed in a new culture is an essential part of your experience. As you explore a new land, its history, people, and customs combine to create a blur of textures, sights – and tastes. And because food is such an important part of our lives, it’s no wonder that so much of what we learn about a new country comes to us directly through its cuisine.

Here, we’ve rounded up eight of our favorite cities for food lovers to savor – buen provecho!

In Australia’s foodie capital, expect to find bites from around the world. Thanks to a rich history of immigration in the late 19th and early 20th centuries, Melbourne has food precincts dedicated to the best of Europe, Latin America, Asia, and Africa. Head down to Londsdale Street to sample irresistible Greek morsels, Lygon Street for Italian bites, or Australia’s oldest Chinatown in and around Little Bourke Street, where several eateries have had their doors open since the 1860s.

For many, currywurst sums up Berlin’s food scene in one tasty little package (and the battle for the ‘Berlin’s best currywurst’ is waged between Kreuzberg’s Curry 36 and Prenzlauer Berg’s Konnopke Imbiss), but don’t forget the wealth of Turkish and Middle Eastern food options that have made Germany’s capital their proud home. Start by visiting the Turkenmarkt – a Turkish outdoor market – to get your hands on fresh produce, spices, and Turkish bread. On top of all this, Berlin boats some of the world’s hippest (and cheapest!) restaurants, from Vietnamese burger joints to fantastic fusion Asian.

The Spanish love eating for a reason – there’s tempting food galore! – and Madrid serves up a treat for visitors’ tastebuds all throughout this terracota city. After sampling the obligatory tortila española and churros con chocolate, look for hearty cocido madrileño stew, a bocadillo de calamares (fried squid sandwich on crusty bread), and anything bacalao (salted cod) related. Of a weekend or evening, treat yourself to tapas all along La Cava Baja and La Cava Alta, two bar and restaurant-lined streets in the La Latina neighborhood.

Italian cuisine is hands down one of the world’s most popular, and a foodie’s trip to Italy would be a failure without exploring the nation’s capital, Rome. Look for pizza bianca, fiori di zucca (zucchini flowers) carbonara (try Da Danilo or Roscioli in the center), and Roman style pizza (begin your quest for the best at Prati’s Pizzarium). For eats away from the tourist traps, head to Testaccio and Trastevere neighborhods, being sure to stop in at markets including the Trastevere fish market.

Lying pretty right by the sight-for-sore-eyes Puget Sound, Seattle tempts travelers with fish, coffee, cherries, barbeques, and international delights. Seafood – mussels, clams, and oysters in particular – are on most locals’ ‘must try’ lists, so join them by making a beeline for a bowl of clam chowder at Pike Place Market or a plate of luscious oysters at The Walrus and the Carpenter (4743 Ballard Ave). Other delicious – and decidedly filling – meals to decide between include pulled pork burgers, and chicken and waffles.

With each mouthful accompanied by the locals’ sweet accent and the promise of green hills, Dublin is a just a treat. What to expect? Think comfort food like sausage rolls, fish and chips (battered cod), oysters and Guinness, soda bread, black pudding – and Irish oddities such as sea salt ice cream! When in Dublin, ease into Sunday with brunch at the Pepperpot Café (Powerscourt Town House), then wander over to Hatch & Sons or the Pig’s Ear introduce yourself to some traditional Irish food. Have half a day to spare? Take the train to Howth and eat the freshest of the fresh seafood tapas-style meals at the Octopussys restaurant. A pint or three (or pot of tea!) provide a comforting end to your day.

Fresh, tasty, and artistic, Japanese food tops the favorites list of many, and when in Tokyo the promise of good food is never far away. From sushi, to unagi, tempura, shabu-shabu, and okonomiyaki, you’ll be spoiled for choice. Try ramen (egg noodles) on Ramen Street at the ever-popular Tokyo Station, or catch some easy, casual yakitori bites at Yarakucho’s street food stands. Feeling a little more adventurous? Intrepid travelers will be amazed by the tuna auctions and seafood restaurants at Tsukiji Shijo market.

Tags: Culture, Travel tips, Cities, Food
Explore the world with usLearn more
Get the latest on travel, languages and culture in the GO newsletterSign me up