8 places you absolutely, positively must visit in Berlin 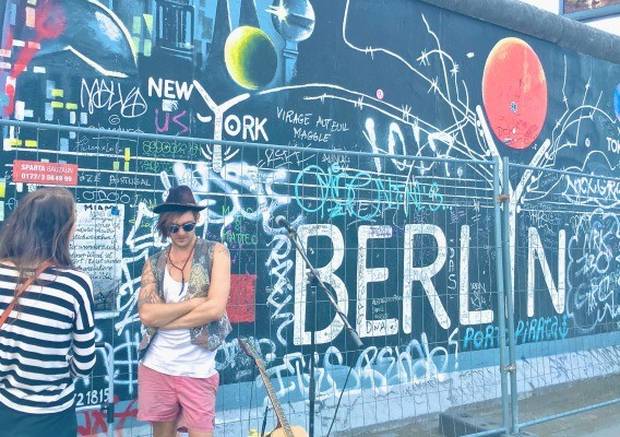 We asked our students in Berlin for their must-visit places in this bustling, fresh city, and this is what they told us. In no particular order…

Once the heart of the German Empire, this majestic building was rebuilt in 1999 following its burning down in 1933.  Now the seat of the German parliament, its center holds a massive glass dome that allows you to view the building from center stage whilst having a 360-degree view of its interior, including the main debating hall.

2. The Berlin Wall (East Side Gallery)

Once a symbol of a divided Europe, the street art that now decorates its walls has become an international mural for unity and hope. With some iconic images of Cold War figures and lots of quirky art, its artistically thought-provoking and fascinating historically and culturally too.

Following the construction of the Berlin Wall, Checkpoint Charlie became one of the few crossings between East and West Berlin. Designed to keep East Germans from leaving their side of the city, the checkpoint has seen tense moments. In 1961, Soviet and American tanks faced up on its narrow streets. In 1962 a Soviet spy, Frederic Pryor, was released in a prisoner swap that inspired the movie “Bridge of Spies” and today has the infamous Café Adler used by allied spies to monitor Soviet movements. The checkpoint is still there and for 3 euros you can get yourself a selfie with two US guards.

4. Memorial to the Murdered Jews of Europe

This symbolic memorial needs little introduction. In memory of the Holocaust, the 2711 column space built on the former “death strip” of the Berlin wall, features an underground exhibition room known as the place of information that holds 3 million names of Jewish Holocaust victims.

The Fernsehturm, otherwise known as the television tower or unofficially the most useful reference point whenever one is lost, overlooks the whole of Berlin. Built in the 1960s by the East German government as a show of strength, today Berliners view it as a symbol of a unified capital city. For approximately 15-20 euros, you can enjoy ride up and sip a coffee or a drink at 203 meters above the city (and yes, the 360 degree views are pretty spectacular.)

The Tiergarten dates back to the 1830s when it was a hunting ground for German nobility. Today this massive park in the middle of the city houses the president’s estate, the victory column, the Bismarck memorial and 210 hectares of trees and gorgeous lawns.

Located near the transit and commercial hub Alexanderplatz, if you are looking to experience the Bavarian cuisine without travelling to the region, the Hofbrau is your best bet. Designed and decorated as a big beer hall, the must-haves of the menu include the pork joint and well, you probably guessed it – beer.

Berlin’s hipster areas, most notably Kreuzberg & Prenzlauer Berg, host a rich and exciting variety of fresh and very hip cafes, bars and restaurants (that are usually great value for money too). You could easily eat and drink your way around the city without ever encountering someone who isn’t totally hip in that low-key, funky Berlin kind of way…

Tags: Travel tips, Culture calling, Germany, Berlin
Learn German in BerlinFind out more
Get the latest on travel, languages and culture in the GO newsletterSign me up