The best Chinese New Year celebrations (outside of China) 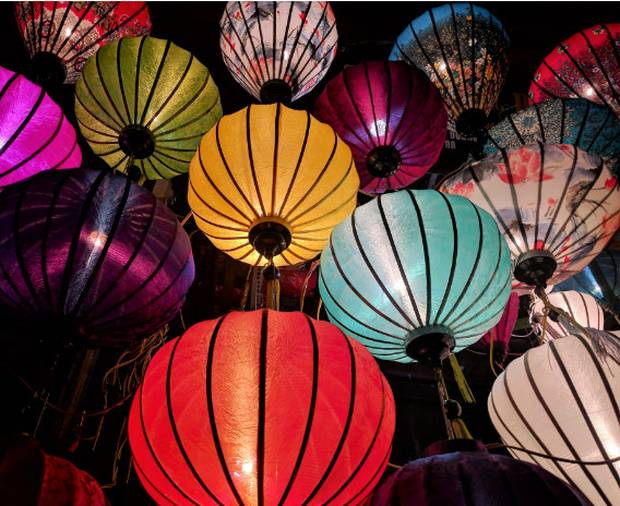 It’s Chinese New Year again – and what better way to celebrate than joining in the lunar fun in the world’s most fascinating cities? Chinatowns the planet over are hastily preparing, shaping steamed buns, and putting the finishing touches on dances and handmade lanterns. Here are the details on some of the best Chinese New Year celebrations in the world.

Love a good parade? Of course you do—and New York’s annual parade, featuring performances, martial arts, and firecrackers is definitely a sight to see. Another Chinese New Year moment to pencil into your Big Apple calendar is the lighting of 600,000 firecrackers at Sara D. Roosevelt Park, all to ward away evil spirits. Meanwhile, challenge yourself to a dumpling-off: the more dumplings you can eat the more money you’ll make in the coming year, or at least that’s what they say. Still hungry? Dig into a share plate with friends in New York’s Chinatown, where traditional dim sum and Peking duck are coupled with tasty fusion dishes (think Chinese-French or Japanese-Latino-Italian).

This Chinese New Year, Sydney’s The Rocks neighborhood will be buzzing with a vibrant schedule of events from around Asia. Community groups will take to the stage, presenting opera, classical music, fashion parades, and martial arts shows. Later, a curated program will showcase music, dancing, drumming, and performance arts from China, Korea, Japan, Thailand, and Indonesia. Elsewhere in the city, the artist-created Lunar Lanterns (lighting installations representing each of the animals of the Chinese zodiac) will be on display over the two celebration weekends. Don’t miss the exciting Dragon Boat Races, where teams of up to 20 people paddle 12-meter long boats as fast as they can to the beat of drums.

First (delicious) things first: foodies will love the St. Ann’s Square Chinese food festival, where a pop-up market serves traditional bites like steamed buns, dim sum, and dumplings. Other festive options include the Chinese New Year Film Festival (think a selection of the latest Chinese language movies) and the family workshops at Manchester Arndale, offering kids and families the chance to try traditional Chinese activities, such as knot making. Of course, Manchester knows that dragons are essential to Chinese New Year – and have planned accordingly. The Manchester Dragon Parade kicks off at Albert Square with martial arts and dance performances. After the dragons themselves appear, they’ll dance and weave their way to Chinatown. Follow them and stay on to party in Chinatown, surrounded by the cheer of firecrackers, Chinese acrobatics, delicious dumplings, and music.

Vancouver’s Chinatown – the largest in Canada – comes alive as the Chinese New Year parade snakes its way through the city’s wide streets. Come early and plan to stay late, when hungry bellies lead the crowds to local Chinese restaurants. For more, the “Lanterns in the Garden” festival at Dr. Sun Yat-Sen Garden is held over two weekends, showing off handmade lanterns and food market specialties. Another Chinese New Year option in Vancouver is the “Temple Fair,” a one-day festival of music, dance performances, lion dances, storytelling, and food. Stock your pantry with Asian goodies from the International Village, Vancouver’s Asian mall, that lights up during Chinese New Year with stalls, performances, and treats.

Begin your Singapore Chinese New Year with fireworks and firecrackers at the Countdown Party and the official Light up and Opening Ceremony. From there, head over to the colorful stalls of the Street Bazaar and Chingay Parade, where floats, clowns, dancers, acrobats, and jugglers entertain crowds. Still want more? Another noteworthy pick is the International Lion Dance Competition featuring the talents of 10 of the world’s top dance troupes. And don’t forget: while in Singapore, eat your way to a fortuitous year. “Ong Lai” (pineapple tart) symbolizes good luck, and peanut cookies represent longevity. For added prosperity, try the “Prosperity Toss,” the chance to throw a fish salad into the air (the higher you throw means the greater the luck that is to come your way).

Tags: Culture, Culture calling, China, New Year, Chinese
Learn Mandarin Chinese
Get the latest on travel, languages and culture in the GO newsletterSign me up