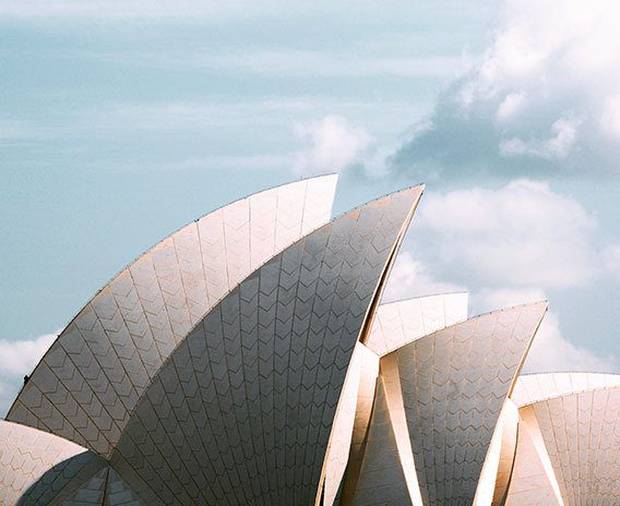 My love of architecture comes from a completely Lego-obsessed childhood. For many, it offers the perfect means to spice up Instagram or raise their culture game. Even good old Winston Churchill was impressed. “We shape our buildings, then after they shape us,” he claimed. Get inspired with some cray cray facts about our favorite builds below.

In 2015, the DDP was the most Instagram tagged location in the whole of Korea! The Design Market inside the building is never closed, so people can soak up the culture and shop at the Dongdaemun Market all day, erryday.

Did you know? The architect, Zaha Hadid, has never designed a building with a right angle in it.

In my (basic) opinion, 30 St Mary Axe looks like a spaceship. Londoners think differently, having nicknamed it “The Gherkin” because it looks like a giant pickled cucumber. It’s made up of 7,429 panes of glass and 22 miles of steel infrastructure.

Did you know? The tower is aerodynamically designed so that wind actually wraps around it, reducing its impact.

Slap in the middle of the bustling Eixample district, Gaudi’s masterpiece was designed to celebrate nature, with pillars inside the building constructed to resemble giant trees. It’s so epic that UNESCO decided to give it World Heritage status.

Did you know? It’s been under construction for 137 years! And it’s still not finished. Jeez.

The Marina Bay Sands was built to resemble a stack of playing cards, which is fitting because it’s home to an impressive casino. It also boasts the world’s longest elevated swimming pool, designed as an infinity pool and decorated with palm trees 57 stories above ground.

When it opened in 1959 the Gugg faced a slightly mixed reception, with one critic calling it “an inverted oatmeal dish”. He designed the interior to be a “fluid” experience, with one long open gallery descending in a spiral from top to bottom and the art installed on the outer wall.

Did you know? Wright did over 700 sketches before he found the right one.

Architect Jørn Utzon won the Opera House international design competition after explaining that his design resembled ship sails on the water. Visionary! By the time it was opened by Queen Elizabeth in 1973, over 10,000 workers had been involved in its construction.

Did you know? The Concert Hall is always kept at 22.5 degrees Celsius when the Symphony Orchestra plays, to keep instruments in perfect condition.

Gehry, one of the world’s most famous architects, styled the LA concert hall to represent the ‘motions of the city’ and reflect the rhythm of the music. Deconstructivism at its best, the outer shell of the building consists of 6,500 steel panels, all of them different sizes.

Did you know? The building was a huge heat magnet – melting traffic cones and overheating nearby apartments – until people noticed and had the outer metal sanded down.

Boasting more than 160 stories and a height of 826 meters, the Burj is the tallest building in the world. It sustainably collects 15 million gallons of water per year too, which is then used for irrigation and cooling systems. Cool!

Did you know? The Empire State Building is less than half the height of the Burj Khalifa.

Architect: Apollodorus of Damascus (we think)

Built more than 2000 years ago, the Pantheon was nicknamed “Temple of the Gods”. A true feat of architectural engineering, the 16 Corinthian columns supporting the portico at the front weigh 60 tonnes…each! (Equivalent to around 70 elephants.)

Did you know? It has the largest unsupported dome in the world and features a mysterious hole at the top called an ‘oculus’.

Stonehenge is over 5000 years old (beat that, Pantheon!), making it a Neolithic construction. Some of the giant stones were transported over 150 miles, but scientists and historians are still not really sure how.

Did you know? The purpose of Stonehenge is still being debated, but it appears to have been an early burial ground.

With EF campuses located just a stone’s throw away from these architectural gems, visit them yourself and discover your own quirky facts on a language course abroad. Happy viewing!

Tags: Culture, Barcelona, Los Angeles, Sydney, New York, London, Singapore, Rome, Destinations, Dubai
The world is waitingLet's go!
Get the latest on travel, languages and culture in the GO newsletterSign me up