All about the monkey: Survival guide to Chinese New Year 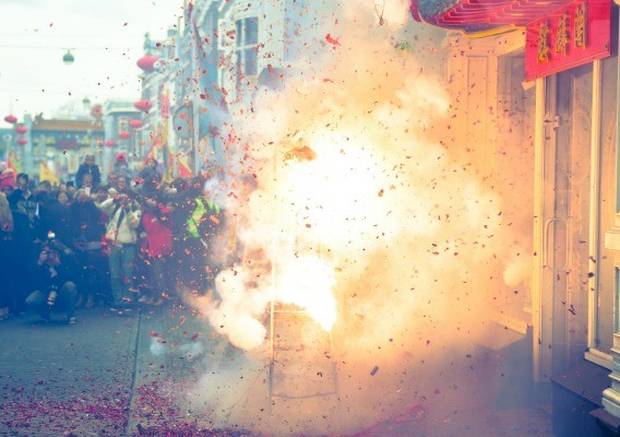 February 8, 2016, is the first day of the New Year on the Chinese calendar, and it not only marks the beginning of the Year of the Monkey but also the beginning of year 4714. If you’re eager to join in on one of the best parties humanity has to offer (a third of the world is celebrating, after all), but have no idea how, where and when, we’ve got you covered – behold our super awesome survival guide to Chinese New Year!

Unlike the Gregorian calendar, where December 31st is always the last day of the year, the date of the Chinese New Year varies. It is determined by the Chinese lunar calendar and always falls between January 21 and February 20. The festivities last 15 days – from the new moon to the full moon.

About one third of the world celebrates Chinese New Year, as the holiday is also observed in Vietnam, Taiwan, Indonesia and the Philippines. Chinese New Year is the busiest holiday period in the world, with billions of people traveling to spend the holidays with their family.

WHAT ANIMAL TO HONOR

Every year in the Chinese calendar is represented by one of the 12 zodiac animals – while 2015 was the Year of the Sheep, 2016 is the Year of the Monkey. Whatever year you were born in, you are said to have some of that zodiac animal’s traits – everyone born in 2016 (or 1980, 1992, and 2004) can expect to be enthusiastic, sociable and innovative: Leonardo da Vinci, Tom Hanks, and Miley Cyrus were all born in a Year of the Monkey.

WHAT TO DO TO GET READY

Clean your home and get a haircut before New Year’s Day. By cleaning your house you sweep away bad luck and invite good fortune; a new haircut may stop evil spirits from recognizing you and following you into the new year. But plan your hair-related activities wisely because washing your hair on New Year’s Day will flush all the good luck down the drain. The same goes for having debt, asking for a loan or being too close to scissors – all of them, including crying, are bad omens.

Red is a lucky color that stops misfortune in its tracks, so your holiday wardrobe should include lots of red clothes – including red underwear.

Since the festivities last 15 days, there are plenty of chances to gather at the family table. Eight is the lucky number in Chinese culture, so a lot of the meals consist of eight courses that might include a whole fish to bring good luck or a glazed duck to ensure happiness. Uncut noodles and long beans represent longevity while tangerines and pomelos bring wealth and luck. Sweet rice balls are usually eaten on the 15th day of the celebrations and represent togetherness. If you want to attract prosperity, make sure you eat loads of dumplings: They look like coins and may help you make more money in the new year.

WHAT TO LOOK FORWARD TO THE MOST

The lantern festival and the dragon and lion dances mark the end of the festivities and are beautiful spectacles to witness: Dragons and lions dance in parades, scare away evil, and bring good luck, wisdom and a long life. The lanterns come in all shapes, sizes and materials – including riddles for people to guess. Last but not least, elaborate fireworks make sure every last evil spirit has been scared away.

Here’s to a happy and lucky Year of the Monkey!

Tags: Culture, China
Explore China with usLearn more
Get the latest on travel, languages and culture in the GO newsletterSign me up