Thanksgiving with a twist: 3 new ways to celebrate 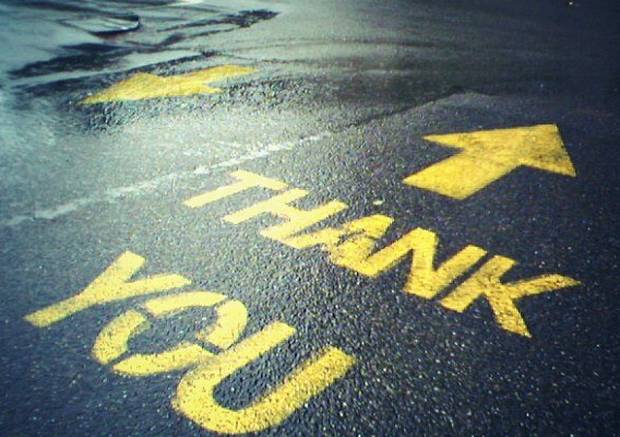 Thanksgiving is usually seen as a traditional American holiday, centered around turkey and pumpkin pie (check out our guide for Thanksgiving newbies here). Although many still stick to these classics, more and more people are adapting the holiday to their needs and wishes.

Here are three new ways you can celebrate Thanksgiving while staying true to its meaning: giving thanks for all the good things in your life.

1. Make it all about friends

The Friendsgiving phenomenon has been rapidly growing in popularity, especially for those of us in our 20’s. Why participate in a Friendsgiving? Maybe your family lives far away. Maybe you can’t get the vacation days off work. Maybe you just don’t want to be asked for the thousandth time why you’re not married yet. Whatever the reason, more and more people are ditching the family for a festive feast with friends.

Although spending time with others while devouring the most food possible is at the heart of Friendsgiving as much as traditional Thanksgiving, the set-up is a little different. Friendsgiving dinners are strictly potlucks and everyone brings a side dish, dessert, and/or beverage to contribute. The host generally handles the turkey – not because they necessarily want to cook a large bird, but because it’s more convenient not to have to transport it.

Because friends tend to come from different family backgrounds and cultures, a Friendsgiving table can look distinctly more mixed than a traditional Thanksgiving table, with pumpkin pie finding its place alongside fried rice and sushi.

2. Go Turkey mad (or don’t serve turkey at all)

Turkey has always been the centerpiece of the Thanksgiving table. These birds are traditionally cooked all day in the oven and carved with care when meal time arrives. The stuffing, cranberry sauce, potatoes, and countless other sides just serve as back-up dancers to the star of this culinary show.

Over time, different regions and groups have given new life to this seasonal poultry. In some parts of the South, deep frying the bird is the way to go. This involves a large fryer – often set up outside in the yard to increase safety as well as visibility to onlookers. Because of this and other potentially dangerous cooking methods, the highest number of home fires in the US actually occur between 10 AM and 4 PM on Thanksgiving Day. However, deep-frying supporters claim that the quick cooking time and juicy meat are worth the risk.

Looking to really impress – or horrify – your Thanksgiving guests? In Louisiana they created a Frankenstein-like concoction appropriately named the turducken. This dish piles on the poultry: a deboned chicken is stuffed inside a duck which are both inserted into a turkey. As if this weren’t enough, stuffing fills up the nooks and crannies in between the birds, creating a solid mass of savory meat.

On this day of sharing and community, we shouldn’t forget about our vegetarian and vegan friends either. A plate consisting of just potatoes, cranberry sauce, and green beans sounds a little sad, so tofurkey or another meat-substitute is a great option. Just remember to season it with the same herbs and spices as the turkey to give it that classic Thanksgiving flavor.

Although Americans want to claim Thanksgiving solely as their own, people in other countries are beginning to celebrate the holiday as well; after all, everyone can join in on a holiday which celebrates gratitude and being together with people you love.

Our hockey-loving friends to the North also sit down to a mighty meal, historically meant to celebrate the harvest and blessings of the year. The major difference? Canadian Thanksgiving falls on the second Monday in October.  There are no ties to Native Americans as in America, and it’s not a national holiday in all of the Canadian provinces, but a turkey still takes front and center on the table.

As more Americans move abroad, they spread – and often modify – the Thanksgiving tradition. One of my friends spent a year teaching in Japan, and when November and homesickness rolled around, she decided to cook her new friends an American Thanksgiving dinner. The only problem: in a country full of ramen shops, where do you acquire turkey, cranberry sauce, and stuffing? She drove two hours to the nearest international grocery store only to return to her tiny apartment and begin the challenge of preparing dishes in her kitchen which was equipped with just a stove and microwave oven. Although the meal wasn’t traditional in the strictest sense, her Japanese friends experienced the tradition for the first time and loved it.

And why should people abroad consider celebrating Thanksgiving or any one of the alternatives above? It’s a great excuse to get together, eat amazing food and give thanks for things that really matter; friends, family, being together and not having to worry about Christmas gifts!

Tags: Culture, US, Thanksgiving
Get the latest on travel, languages and culture in the GO newsletterSign me up