20 signs you’ve made a friend for life 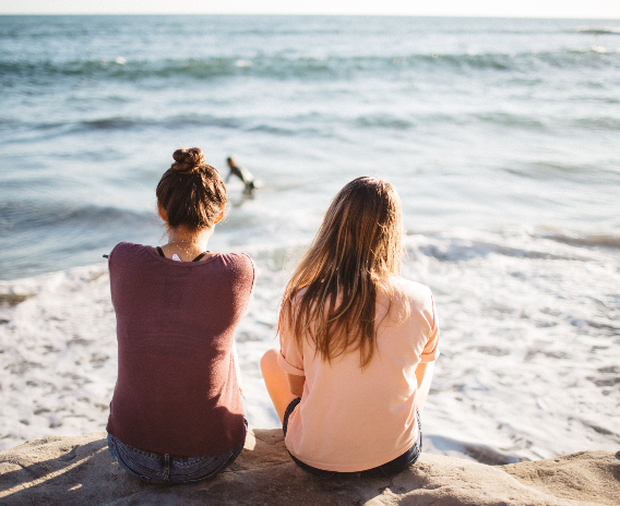 Good friends make fantastic memories, but the best kind of friends are the ones with whom you have an unspoken agreement to laugh together for the rest of your life. They’re the first person you call when anything, literally anything at all, happens. But you also know that if you didn’t see each other for weeks, it would still be the same when you met again. Studying abroad is one of the best ways to make new life-long friends and here’s how to spot when you’ve found one.

1. You’re comfortable enough with them to share all of your weirdest dreams. Even the ones where you have an embarrassing crush on somebody in class.

2. You’ll frequently spend an hour laughing together without ever remembering what was so funny.

3. You met abroad – they’re not just a mate you’ve known for your whole life. It’s easy to stay in touch with someone you’ve always known and who lives around the corner, but this is a new friend you’ve actively had to make and stay in touch with. Sharing exciting new experiences has left you with a bond for life.

4. If only one of you is hungry, you will both get food and dine like kings together.

5. If you leave to go travelling for a few months apart, when you reunite it’ll be like you never left.

6. Or better still, you make the perfect team and can jet off to travel for months together. Chances are you both want the same things from your adventures, but even if your views clash, you’re comfortable being honest and know that any argument that occurs will be ancient history by the next morning.

7. You’re partners in crime. If one of you is causing mischief, everybody else knows that the other is definitely also involved in some way.

8. You can be brutally honest with each other. If you’re about to leave the house in an outfit that isn’t flattering, they’ll have no problem telling you straight so that you don’t get caught in public.

9. They will find you the perfect excuse to justify buying chocolate or those new shoes you’ve had your eye on for weeks. They just want you to be happy and understand that chocolate = happiness.

10. They’re the first person you call when you need serious advice, and vice versa.

11. Your idea of the perfect weekend together could either involve epic adventures or spending a whole weekend in your PJ’s binging on Netflix. Whatever you do, you know you’ll have a good time.

12. If you’re speaking in a language that isn’t your native language, they’ll let you practice your skills with them over and over again, and they’ll only make fun of your pronunciation when nobody else is around.

13. You’re comfortable having a cry as you know they’ll end up needing your shoulder to cry on sooner or later.

14. If you’re about to text your ex or date someone who’s not good for you (or both), they’ll stop you. No matter how much you protest, they know what’s best for you and will always have your back.

15. You can communicate telepathically. Just a certain ‘look’ between the two of you can sometimes say more than a whole evening spent gossiping.

17. You can’t imagine life without them now. Even when you’re old, you know you’ll be causing mayhem in the same nursing home.

18. You’re not scared about introducing them to your family. You know that they’ll immediately be accepted as another sibling.

19. If you’re telling a story to a group of friends that’s not quite as funny as you remember it to be, they’ll laugh extra loudly to make up for the awkward silence.

20. They’ll also lie and exaggerate wildly (but convincingly) when telling stories to make you seem far cooler than you actually are.

Tags: Student life, Friends
Study abroad and meet new friends from 100+ countriesLearn more
Get the latest on travel, languages and culture in the GO newsletterSign me up