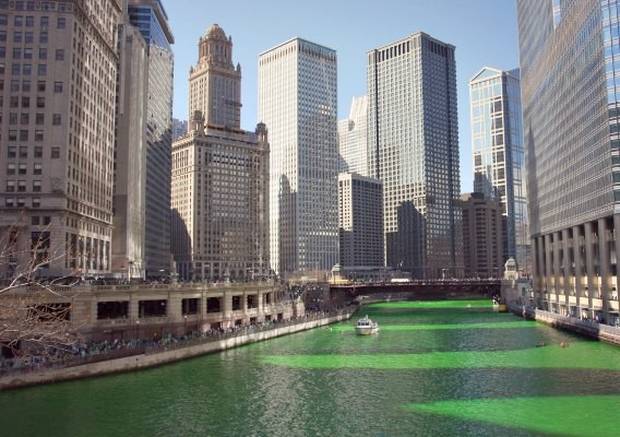 It’s the most wonderful time of the year! St. Patrick’s Day is upon us once again, and we’ve picked six of the world’s most shamrockin’ cities for you to paint green this weekend and on 17th March, St. Patrick’s Day itself. So, dust off your lucky leprechaun hat, don your best facepaint and let loose your inner Emerald Islander for a day of legendary green-clad revelry.

Naturally, the Irish capital is the epicenter of the global party. The city bursts with the most colorful St. Patrick’s Day parade in the world. Spectacular floats weave through the city center entertaining over 500,000 merrymakers. The parade is part of Dublin’s four-day festival extravaganza (14-17 March) that features beer and whiskey festivals, funfairs, and free live music. You can also catch the Greening of the City, that sees 17 of Dublin’s most iconic buildings glow in an emerald hue.

Nowhere celebrates St. Patrick’s Day quite like The Big Apple. Over 150,000 people participate in the oldest and biggest St. Patrick’s Day parade in the US. So steeped in tradition is this parade, it actually started 14 years before the Declaration of Independence was signed! Nowadays, on 17th March, two million spectators line the route that marches along Fifth Avenue. Away from the parade, you’ll find the whole city engulfed in a feel-good atmosphere with bars full of Irish spirit.

It’s always party time in Buenos Aires, but when St. Patrick’s Day arrives the Argentine capital gets even crazier. The city’s proud Irish ancestry throws the wildest celebration in South America, transforming 10 blocks in the heart of the city into a Guinness-fuelled, green wonderland. Plaza San Martin is the place to head for with the city’s parade culminating here, and also where the late-night shenanigans begin.

The Windy City goes green in a big way. Literally. Over 40 lbs of green dye are used to transform the murky Chicago River into a sparkling emerald stream. It’s a tradition that dates back to 1961, and organizers are adamant Leprechauns help with the magical transformation. Chicago’s Downtown Parade is one of the biggest in the U.S. and celebrated its 60th birthday in 2015. Aside from the three-hour parade, the city’s chipper population enjoys Irish cultural celebrations throughout the month of March.

Boston’s large number of Irish descendants makes the city one of the world’s premier locations for the St. Patrick’s Day celebration. On the Sunday closest to St. Paddy’s Day, South Boston (aka Southie) plays host to a lively parade that includes traditional marching bands from across the United States. Add a trip to any of the city’s plethora of Irish bars, and you have all the ingredients for an unforgettable day. Check out some top tips here.

London’s legendary nightlife excels on St. Patrick’s Day with a kaleidoscope of nationalities from across the world joining together for a day of celebration. On the Sunday closest to March 17, a 1.5mile parade featuring colorful carnival floats and marching bands snakes past landmarks such as Whitehall, Piccadilly Circus and Nelson’s Column in Trafalgar Square- which hosts a daytime festival as well.

Tags: UK, Travel tips, US, St. Patrick's Day, New York, London, Ireland, Dublin, Boston, Chicago
Get the latest on travel, languages and culture in the GO newsletterSign me up