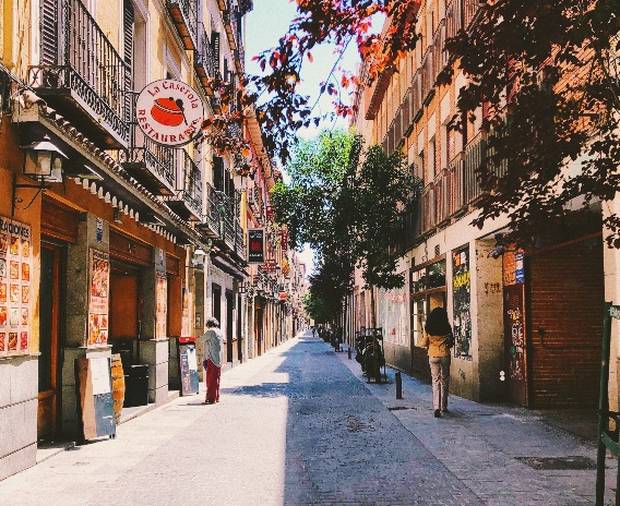 So, you want to make 2020 an epic year of travel and adventure, but you don’t know where to go. Don’t sweat it, we’ve got you! Here’s our pick of the top 10 cities to visit this year.

Also known as the ‘Venice of the North’, the Neva River and its extensive canal network winds through every corner of St Petersburg. This city sits on over 100 islands and, when compared to its older and larger brother Moscow, boasts a European-inspired vibe. Stunning architecture is the name of the game here. Once home to Russia’s richest and most powerful families, you’ll now find onion dome-topped churches rubbing shoulders with imperial palaces and grand ballet theaters. St Petersburg is certainly one for history and culture-lovers.

Travelers planning to visit Australia often head east with their sights set on the Gold Coast.

But, what’s up with the west? Outsmart the crowds and head instead to low-key but super cool Perth, capital of Western Australia and perched right on that sweet, sweet beachfront. The city is home to enough trendy brunch spots, secret coffee gardens and hidden bars to keep your social calendar packed. All the while, the coastline boasts endless sandy beaches, picture-perfect little coves and marine protected areas that are just begging to be snorkeled.

Relatively compact and with hundreds of bridges connecting the major islands that Stockholm straddles, Sweden’s colorful and friendly capital city is easily explored on foot. You can roam the pretty historic district in search of crafty souvenirs, visit the Vasa museum to marvel at a previously-sunken huge wooden warship and sing karaoke at the ABBA museum – all in just one day! Oh, and while you’re here, don’t forget to ‘Fika’. This is the ancient Swedish tradition of stopping to enjoy a cup of coffee and a cinnamon bun. *Heaven*

There’s no doubt about it: Though LA is home to superstars and the Hollywood glitz and glamour, San Diego is actually California’s coolest city. This is the home of fresh fish tacos, SUP yoga lessons (yes, really) and staying at the beach until sunset to catch the best waves. Why go celebrity spotting when you could see grey whales migrating with their calves just off the coast, or watch an entire beach of sea lions sunbathing and playing in the spray?

Madrid layers classic European culture with cosmopolitan living. Here, sweeping boulevards lined with trees guide you from one manicured green park to the next, passing hipster neighborhoods sandwiched between elegant buildings and historic squares. Relaxed and laid-back during the day, this city pulses with energy after dark. Night owls thrive here, with many restaurants and bars only opening late in the evening and refusing to close until the sun begins to rise.

Futuristic technology and ancient tradition are two sides of the same coin in Seoul. New and old coexist in a kind of energetic harmony, creating an incredible environment for innovation and creativity. The city’s flourishing arts scene includes an ever-growing list of galleries, music performances and festivals. Here some of Asia’s best up-and-coming chefs serve incredible, ever-evolving fusion dishes from food trucks overlooking centuries-old temples and palaces. If you’re looking to be inspired, Seoul could super-charge your creative brain.

For travelers in western Europe, Morocco’s capital city is just a short flight away. But make no mistake, it feels like you’ve ventured a million miles. Head straight for the Medina in central Marrakech – the walled part of the city containing the old town. Here the bustling market stalls and stores selling everything from silver trinkets and hand-painted tiles to brightly patterned fabrics and a thousand different spices spill out into the winding, narrow streets. Set to a chaotic chorus of sound, Marrakech is vivacious and oh-so exotic.

Boy, does Dublin know how to show its visitors a good time! Tour the Guinness brewhouse and local whiskey distilleries, soak up some culture in the unusual museums or beautiful historic libraries, and then find a cute pub in which to watch a local folk band and dance the night away. It’s also the perfect jumping-off point for exploring the rest of Ireland: This is a country with some seriously beautiful natural coastlines and mountain-covered national parks.

The traditional powerhouse of Northern England is rapidly becoming one of the most popular cities in the country to visit. Tourists have realized that it’s just as dynamic, creative and lively as London, and it’s cheaper! Plus, it’s the place to spend a weekend if you’re a music fan. Some of Britain’s most iconic artists are from here, including Oasis, the 1975 and The Smiths, so the live music scene in Manchester is huge. The next big thing could easily be playing in the pub next door.

Known as the ‘Land of Fire and Ice,’ Iceland is one for every travelers’ ultimate bucket list. Even from the tiny capital city (which is home to far more than its fair share of world-class restaurants, by the way), immense glaciers, erupting geysers and natural hot springs in which you can take a swim are all at your fingertips. Humpback, minke and orca whales can be seen off the coast, and during the winter months, the northern lights illuminate the dark night skies.

Tags: Culture, Travel tips, Cities
Plan your adventureLet's go!
Get the latest on travel, languages and culture in the GO newsletterSign me up