10 best summer cities in the world 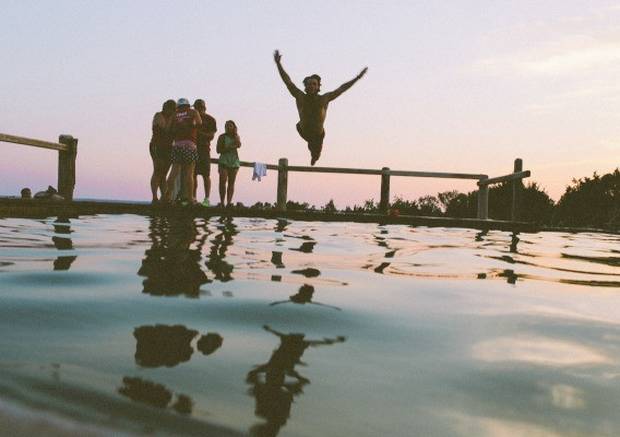 Life’s just better when the sun is shining. To get you ready for another epic summer study abroad, we’ve compiled a list of the best cities to spend those heavenly months. From chic beach locations to lively coastal metropolises, we’ve found the perfect places for you to soak up the sun while having some (city) fun.

Who hasn’t dreamt of chilling out on Miami Beach? Few cities in the world can compete with Miami, especially in the summer when the nights are longer and the parties are wilder. Blessed with sublime beaches and world famous nightlife – Miami is truly one of a kind. It’s as glamorous as portrayed on the big screen and as diverse as any city on Earth. Avoid the city’s crowds by heading to the quiet white sands of Virginia Key or experience what makes Miami “Magic City” at South Beach: Ride along Miami Beach Boardwalk to Ocean Drive’s Art Deco District where Latin America meets the US-of-A.

Barcelona is one of the world’s premier beach destinations but don’t be fooled into thinking the Catalan capital is only good for some sandy shores – this is a city with a big C. Wander the city’s sun-soaked, Mediterranean streets and be sure to go on a culinary adventure by visiting tapas bars in the historic Ciutat Vella district. After taking in the sunset from Park Guell or Mt Tibidabo, head to the likes of Passeig del Born or Plaça de Sol- popular squares close to bars and clubs. And, of course, there is the beach- perfect for an early morning dip after a night out.

Barcelona isn’t the only beautiful beach city in Europe. Nice, nestled on the French Riviera in the south of the country, boasts pristine beaches and elegant palm tree-lined boulevards for you to enjoy in the sunshine. While Cannes and Monaco are more glamorous, Nice has a more laid-back, authentic vibe, mixing the Riviera’s glamour with traditional cuisine and seaside life. Promenade des Anglais is the heart of the city with swarms of people strolling, jogging or simply kicking back on one of the world’s most famed boardwalks.

Cape Town is a city where natural beauty meets modern urban landscapes. Reach the summit of Table Mountain on a clear, summer’s day to experience sweeping vistas of this seaside gem. From Table Mountain, you can observe Cape Town’s rugged coastline and the bustling city center where traders and shoppers haggle for the best price at the likes of St George’s Mall and Greenmarket Square. The white sands of Camps Bay are the perfect tonic to a day exploring this energetic city. Make sure to try out the surf and turf dishes served in restaurants that overlook the bay.

San Diego is blessed with a plethora of world-class beaches and balmy weather almost all-year round. After chilling out on the iconic Mission Beach and becoming a true American by rollerblading along its boardwalk, scuba among the purposely sunken ships of San Diego’s Wreck Alley, ride the waves of Pacific Beach or go snorkeling off the coast of La Jolla Shores. To fuel up, enjoy some of San Diego’s legendary street food: From classic American hot dogs to burgers and fish tacos- these treats will keep you going late into the night. Our tip: Head out to the Gaslamp Quarter for a great night out.

There’s a reason visiting Costa Rica is on so many people’s bucket lists- it’s a stunner. Located on the nation’s Pacific Coast, Tamarindo has the surf, beautiful beaches and a fun nightlife. Add in the national parks nearby – bursting with vibrant wildlife – and you have a winning combination. Parque Nacional Marino Las Baulas borders Tamarindo and it’s a perfect place to relax on the beach, scuba and help in the conservation of leatherback turtles’ coastal habitats. Costa Rica is also an adventure hotspot: Take your pick from wild rapids, adrenaline pumping zip-lines and bungee jumps.

Hawaii boasts some of the planet’s most awe-inspiring landscapes and Honolulu is the perfect base for exploring this Pacific wonderland. Hawaii’s capital is home to a distinctly laid-back beach culture – people there actually consider surfing over lunch to be normal and flip flops to be acceptable office footwear. The famed Waikiki beach is a short walk from the buzz of Kalakaua Avenue- Honolulu’s main strip. Make sure you spend some time exploring Diamond Head, the volcano that looms over the city, and hiking through lush jungle to Manoa Falls. Secluded coves and beaches are also common here – Hanauma Bay, for example, is a must-see.

You don’t need a beach to enjoy the summer. There are few things better in life than experiencing the magic of the Italian capital, gelato in hand, while the sun shines. Rome comes with certain guarantees: you’ll enjoy fine weather, the food will be mind-blowingly good, and the city’s iconic landmarks known the world over will take your breath away. History lurks on every street – from the Colosseum to the Spanish Steps and the Pantheon, the streets of Rome are a walking museum best viewed on a gloriously sunny summer’s day.

Brighton is the UK’s capital of cool – even when the mercury soars. And yes, the UK enjoys at least a few weeks of gorgeous weather. Brighton is famed for its alternative approach to life, complete with lots of trendy boutiques, chic bars, and indie coffee shops. The city’s 5.5 mile beach, especially by the pier, is lined with bars, clubs and restaurants that are perfect for summer shenanigans. The best part? The city is only an hour from London, so after spending a hectic day in the Big Smoke, Brighton’s laid back style can be a welcome change.

Bournemouth is the most quintessentially British summer location. The city is all about the beach, and luckily it’s one of the sunniest spots in the UK, so most days become beach days. The beach stretches for miles and is a perfect spot for trying some fish & chips and locally sourced ice cream (the city’s famous for it). The city’s also home to great live music, and its large student population has made Bournemouth one of the UK’s liveliest nightlife destinations.