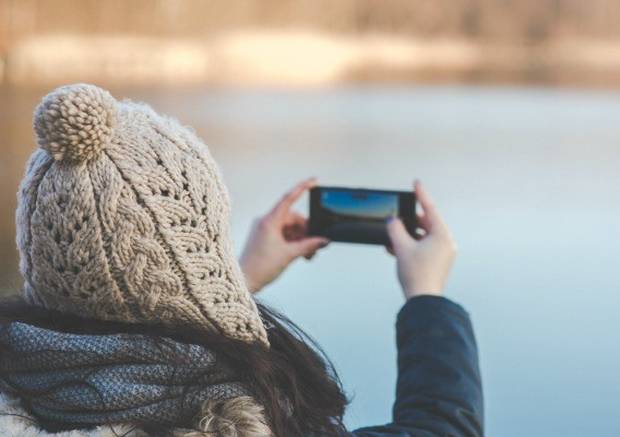 Ah, the mighty hashtag! For those that have been living under a rock for the past five years (or just don’t use the Internet all that much), a “#” is way more than just a pound key. It’s widely used on social media to organize and help users find specific content, and in a world of hashtags, the #nofilter one is one of the most popular ones (172 million photos and counting on Instagram). When used in the photo caption it means that the picture is so close to being perfect that it requires no filter to make it look better.

Now, to help wean you off the Valencia filter, here are ten slightly unusual places that are truly worthy of the #nofilter tag (and most definitely worthy of a trip to see them).

You might know about Quasimodo and his living quarters in the Notre Dame of Paris, but Nice has one too and it’s just as nice! This Gothic style cathedral was built as a way to “Frenchify” the city after it was annexed to France from Italy. Gothic architecture was all the rage in 1800 France as this was the style icon for French buildings. And don’t even get me started on the shots you can take at night (step aside Eiffel Tower!)

This river goes through Tyrol in Austria and Bavaria in Germany. It even flows through the middle of Munich, and is a popular spot for a swim or chill session after school or work in the city. Any city that can combine nature with city life is a favorite in my books. Not only is it a great way to escape the hustle and bustle of a city but it also helps relieve stress (as will your gorgeous #nofilter picture).

This castle located in Malaga, Spain is one of the last remnants of the city’s Islamic past. The castle originally acted as a lighthouse and military barrack and going sans filter allows you to capture the essence of what it was like back in the day. If castles aren’t your thing, it’s still a great place to get a view (and picture!) of the city and the sea beyond.

This jungle in Tamarindo, Costa Rica, is a popular destination to go zip lining through the forest canopy. And adventure needs no filter. But if zip lining isn’t your thing, there is plenty of wildlife such as monkeys, and do monkeys ever need to have their color changed by the Mayfair filter? The answer is never.

This district in Tokyo was named after a fire-controlling God of a firefighting shrine after the city was burnt down in 1869. Many people also know it as the Akihabara Electric Town since after World War II, it became a major hub to buy household electronic goods. Today, however, it is known for embodying the Otaku culture, a term which refers to people’s obsessive interests, in this case, for anime and manga. You can find plenty of interesting cosplays to snap – this place gives Times Square a run for its money.

Located in the heart of Rome, these steps have inspired poets, artists and dreamers for almost 300 years. Enough said.

When people think of Beijing, they tend to think of smog and the Great Wall of China. But I promise you there is much more to this cosmopolitan city and that includes Houhai – the largest of three lakes found in the city. Remember when I said my favorite cities are the ones with nature? Well, you can’t find much nature here, but plenty of restaurants and shops and if you want a pro tip: be sure to go on a tandem bike ride around the lake. #noregrets (and #nofilter, of course.)

This student city boasts the oldest university in the English-speaking world and the second-longest surviving university in the world. It is also home to Emma Watson or as most people know her, Hermione Granger. In fact, if you’re a Harry Potter fan, many scenes of the movie were filmed here – the architecture makes for a great treat to the eyes…and your camera lens too.

If you’re staying on the island of Malta, be sure to make an excursion to the island of Comino.The most noteworthy spot there is the Blue Lagoon but if you explore the rest of the island – which is less than two miles long and only home to four local inhabitants – then you can find plenty of less touristic places, as well as unreal blue waters that are ideal for snorkeling. It’s no wonder filmmakers uses this island as the scene for many movies and TV shows such as The Count of Monte Cristo and Game of Thrones. #teamkhaleesi

When the British took over Cape Town from the Dutch, a wave of positive changes occurred including the abolition of slavery. Those slaves went on to create a new community known as Bo-Kapp and characterized by cobble stoned streets and colorful houses. It doesn’t really get much more picturesque than this.

Tags: Travel tips, Destinations, Instagram
Explore the world with usLearn more
Get the latest on travel, languages and culture in the GO newsletterSign me up