12 weird German phrases we should all be using 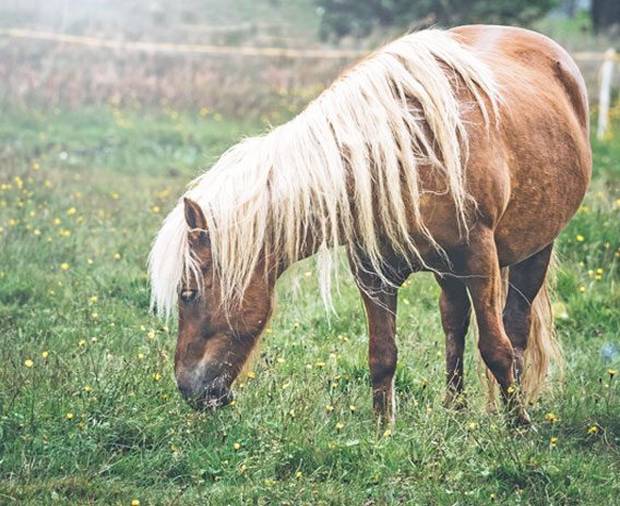 German is one of the 10 most widely-spoken languages in the world, and an official language in several countries in Western Europe, including Germany, Austria, and Switzerland, as well as Belgium, Luxembourg, and Liechtenstein. It’s also a co-official language in some areas of Italy, Poland, and even Brazil.

In addition to a rich, fascinating history, it boasts a dictionary of perfectly descriptive words and phrases. As a non-native speaker learning the language, I’ve found there’s a perfect phrase in German for just about every scenario.

Here’s a quick look at 12 German phrases that are so wonderfully weird we should all be using them.

Meaning: Life can be challenging

Honestly, this sums up so much of what makes life a challenge: Not enough cute animals. If there were more ponies in our lives, I imagine we’d all feel a little less stressed out about it and life really would be like a pony farm.

Meaning: You are annoying me

Like many of these phrases, there is some speculation about where this phrase came from. But one thing is clear, you’d be really annoyed if someone was walking on the delicious pastries you wanted to eat.

Literal translation: I think I spider

“Spinnen” can mean “spider” or “spinning yarn” so the idea is that you’re about to spin out of control. Doesn’t make much sense when you translate it literally. But then again, maybe that fact would prove your point.

Bacon is an international superstar, as far as junk food goes. And if you’re reaching for excessive amounts of junk food after say, a terrible break up, bacon does have a way of showing up in way too many of those meals.

Literal translation: Now we have the salad

Meaning: Now everything is a mess

This is a phrase that’s usually uttered after something’s been seriously messed up, especially after a prior warning that the actions leading up to it might cause the exact problem. Think of it as something your mom might have said when she saw your messy room.

Another classy way to say something’s a mess. The ol’ cable salad especially applies to computer-related issues, but I honestly can’t wait to sneak it in next time I’m describing what it’s like to be stuck in traffic on the 605.

Literal translation: The blue promise from the sky*

Meaning: A promise that can’t be fulfilled

You’d use this when talking about something so exaggerated it’s clear it could never happen. It’s basically a promise that couldn’t be kept.

Meaning: To be ashamed of and on behalf of others

This is the kind of shame you feel when somebody is doing something that would make you feel more than embarrassed yourself. This is a phrase that sums up just about everything you feel when you’re watching a cringeworthy YouTube video.

Meaning: To live in luxury

This is a common phrase only in Germany. There are a few ideas about the origin of the phrase. One of the most popular is as a reference to the way clergymen lived in France during the Middle Ages.

Think of this phrase like the English phrase “a pipe dream”. It’s an idea that’s just as impossible or unlikely to come true.

Literal translation: Close the lid, the monkey is dead

The origin of this one is not really known, but it sure is a fun one to say. It’s meant to be said in a more casual manner, a lot like the German phrase “that’s all, folks!” or “that’s the end of the story”.

Meaning: A witty comment that only occurs to you once the moment has completely passed.

The idea behind this one is that you only think of a good comeback or joke when you’re in the staircase on the way out the building, and not in the moment it would have been best to say it.

Tags: Languages, Germany, German
Learn German abroadLet's go!
Get the latest on travel, languages and culture in the GO newsletterSign me up