12 expressions about spring from around the world 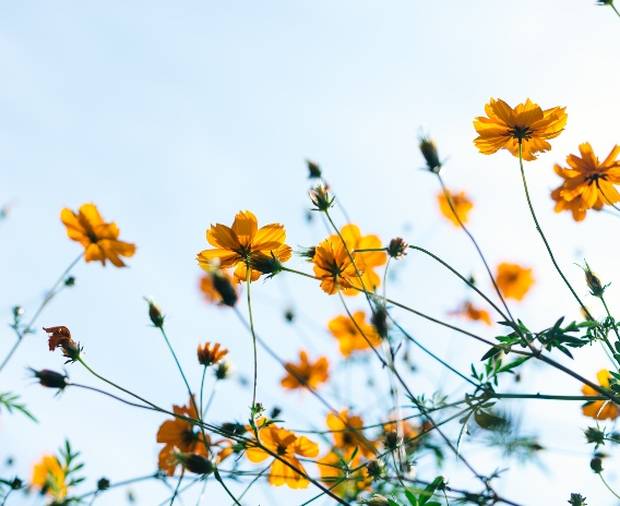 This time of year soaks us with new beginnings, bird songs and chocolate bunnies. The Germans have named it “Frühlingsgefühle” (Spring fever), the Italians talk of Spring as the season of love and the English announce feeling “full of the joys of Spring”. In this season’s spirit of growth and joyous feeling, here are 12 idioms, adages and proverbs from around the world to develop your springtime language skills and celebrate the season.

In England, this phrase is spouted to encourage positive spirits despite the sometimes cumbersome British weather. The rain may pour now, but it will make everything look even more beautiful later.

“April, April, der macht was er will” meaning “April, April, it does whatever it wants”. This lament on the unpredictable April weather tells us all we can do is accept its volatile attitude until the month is over. Be prepared for sun, rain, cloud and whatever else April fancies this year.

“En avril, ne te découvre pas d’un fil” meaning “In April, don’t remove a thread.” This is similar to the British saying “Ne’er cast a clout til May be out,” which essentially means that you shouldn’t yet throw away your warm winter clothing. Keep your Spring fever at bay for a while before you cast aside your jumpers in favour of that floral dress.

The Spanish also share wardrobe warnings at this time of year: “Until the 40th May, do not take off your dress.” In Spanish, the rhyme “Hasta el 40 de mayo, no te quites el sayo,” encourages a dose of restraint, despite the sunshine coming out to fool you that the sunny season has arrived.

The Portuguese expression “Em Abril águas mil” translates literally to, “In April, [there are a] thousand waters.” Though the sunny Springtime is said to start March, April in Portugal is often filled with endless heavy rain showers, as if countless rivers, lakes, oceans were pouring from the sky.

“La primavera è la stagione dell’amore”, which translates to “Spring is the season of love.” Considered one of the most glorious seasons in Italy, Spring brings bees to blossoming trees, longer, warmer days and, if you’re lucky, the hot weather might even provide a gelato or two.

“Een nieuwe lente, een nieuw geluid” means “A new spring, a new sound.” Every year during Spring, birds tweeting on our balconies encourage us to switch off Netflix and enjoy the weather, but, each time it arrives, the season offers its own uniqueness – animals that haven’t existed before, sounds of different bird flocks and the chance for new flowers to grow. This Dutch idiom calls us to take advantage of fresh opportunities and the novelties of life.

Spring always lets us know when it has arrived. You start to hear the birds and the bees, and you hear the world begin to enjoy afternoon walks. This Arabic “The Springtime beats its drums,” humanises Spring as a musical being that rouses us and calls for our attention.

“Half an hour in a spring evening is worth a thousand gold pieces.” The low level light of Spring evenings seems to place a fire under the sky, lighting it up with pinks, purples and gold. This Japanese expression describes how these small moments of beauty will always be more valuable than any material object – especially after months of shorter days and colder weather.

This Russian proverb means “A kind word is like a spring day.”  Just as Spring coaxes out new flowers with gentle sunlight, warm-hearted compliments and pleasant words could blossom delightful new relationships with others.

Unlike other idioms about Spring, this does not suggest that Spring is the most splendid month in the year. Instead, it reminds us of the innate beauty of every season. The saying literally translates to, “In spring there are orchids, in autumn there are chrysanthemums.” The face of each season is embellished with it’s own features, so let yourself be grateful for it all.

This poetic phrase is translated directly as “the cold envies the flower.” Spring is the season in which the winter wants to stay but it knows it must go. It is jealous of the flower’s pretty petals because they announce the passing of time into a warmer climate, full with beauty and life.

Tags: Language learning, Spanish, German, French, Italian, Words, Japanese
Where will you go this spring?Let's go!
Get the latest on travel, languages and culture in the GO newsletterSign me up

5 reasons why you should learn French
By Martinique · 3 min read
10 things you need to know about St. Patrick’s Day
By Isabelle · 4 min read
Is “flow” the secret to happiness?
By Kat · 3 min read
6 Valentine’s traditions from around the world that we love
By Amanda · 3 min read
See more from