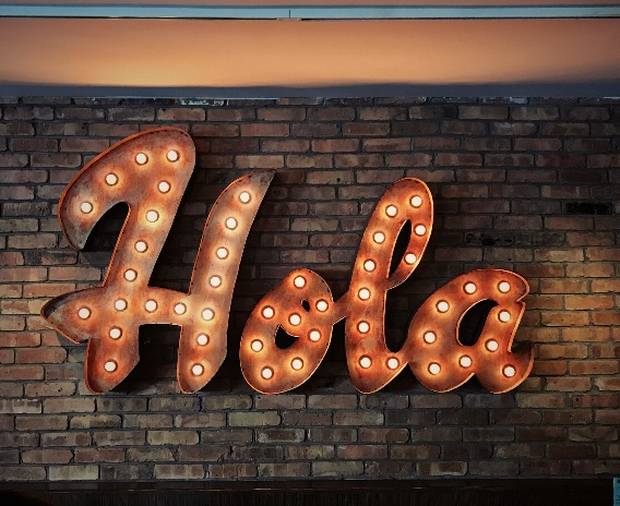 Whether you’re a complete beginner or a half-way decent Spanish speaker already, there’s a lot you can do to improve your Spanish without leaving home. Of course slogging through flashcards is nowhere near as fun as jetting off to Costa Rica or Malaga, but there are times when jetting off is simply not an option. Learning Spanish at home doesn’t have to be a slog, though, so grab yourself a beverage, pull up a lounge chair (or a couch), and let’s talk curriculum.

If you’re stuck at home, you’re probably bingeing on TV anyway. Why not put that time to good use? TV and movies are a great way to pick up Spanish slang and immerse yourself in hispanic culture. Beginners can turn on subtitles, and ambitious students will make a note of new vocabulary and expressions to review later. Here are some of the best Spanish shows on Netflix to get you started.

There are so many to choose from. If you’re a beginner, pick anything but listen to it a lot. You’re just trying to imprint the rhythms and tonality of the language on your ears. Intermediate to advanced students need something they can mostly understand. You want the sensation of stretching your Spanish without snapping it, so search for a podcast that does exactly that. Spanish national radio (Castilian accent) and Radio Ambulante (various Latin American accents) are great choices. Pro tip: download the transcripts and read through them later to gather new vocabulary.

Find someone to speak Spanish with

Spanish is one of the most commonly-spoken languages in the world, so you probably already know a Spanish speaker or five. Ask if they want to do a language exchange or if one of their friends or family members does. If you can’t find someone in your existing social network to speak Spanish with, there are tons of apps and websites to help. Search on “language exchange app” and you’re sure to find something you’ll love.

Switch your phone/computer to Spanish mode

Most phones and computers have a language setting (search on “language settings”). Switching yours to Spanish will force you to learn a bunch of new vocabulary really fast or risk not being able to use your device. No, seriously, it’s thrilling. And if that’s not enough of an adventure, lots of websites use your device’s language settings to determine which language you want to see. So clear your cookies and you’ll automatically start seeing a bunch of your favorite websites in Spanish too. This is what people mean by “full immersion.” You’re going to love it.

Enough talk. It’s time to dive in. Pick your favorite way to learn Spanish from home, fetch yourself another drink, and get started.

Tags: Language learning, Spanish, Netflix
Plan your Spanish adventure!Let's go!
Get the latest on travel, languages and culture in the GO newsletterSign me up