6 scary places in London you should visit on Halloween 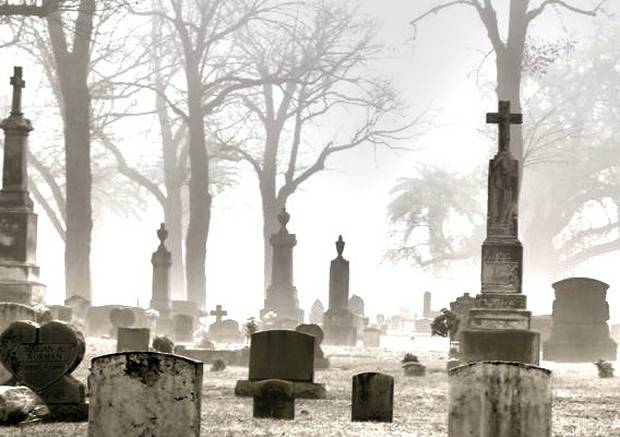 It’s no wonder London is known as the most haunted capital city in the world – it’s inspired some of the most famous horror books and movies… and not just because of its grim and gothic weather. From the Great Fire of London to the Jack the Ripper murders and public executions, plenty of poor souls have met their end on the streets of the UK capital. Word is that some of these restless residents show themselves on Halloween. So, if you’re brave enough, check out my top scariest locations in London. You’ve been warned!

Construction staff apparently found a pit full of dead bodies from the plague while they were excavating the area. Not only is this really gross in itself, but it also set free some ghosts that have been haunting nearby buildings ever since. They probably should have done some research before they started digging.

Almost 200 people were killed here during the Second World War after too many local residents took shelter during The Blitz. Staff in the station have since complained of hearing screams and crying when there’s nobody left on the platform. Luckily, tube services are still running normally as far as we’re aware.

London’s favorite attraction is also one of its spookiest – not surprising, considering the number of deaths and generally gruesome events that have happened there over the years. Resident ghosts include the Princes in the Tower, Anne Boleyn and the White Lady. We’re not sure if they pose for photos or not.

Graveyards don’t get much more spine-tingling than this famously frightening burial ground in North London. Creepy gravestones? Check. Headless angel statues? Check. Ominous overgrown foliage? Check. Make sure you take a friend with you and probably don’t stay for a picnic – or if you do, bring extra for the ghosts.

Discover London’s most horrible historic happenings and brace yourself for some seriously scary rides. From descending on a creepy elevator to hearing the story of Jack the Ripper and coming face-to-face with Sweeney Todd – you’ll go home feeling thoroughly creeped out. Best to check it out in the daytime.

OK – so this one isn’t really a haunted location (as far as we’re aware) but it’s pretty petrifying all the same. Deep within Madame Tussauds is a scary attraction where you’re locked inside a maximum-security prison and stalked by the insane inmates. The best part – no real ghosts!

I hope you have a frighteningly fun time checking out my top six places to explore this Halloween. Just to be safe, let your friends and family know where you’re going beforehand. You know… just in case!

Tags: UK, Travel tips, London, Halloween
Get the latest on travel, languages and culture in the GO newsletterSign me up