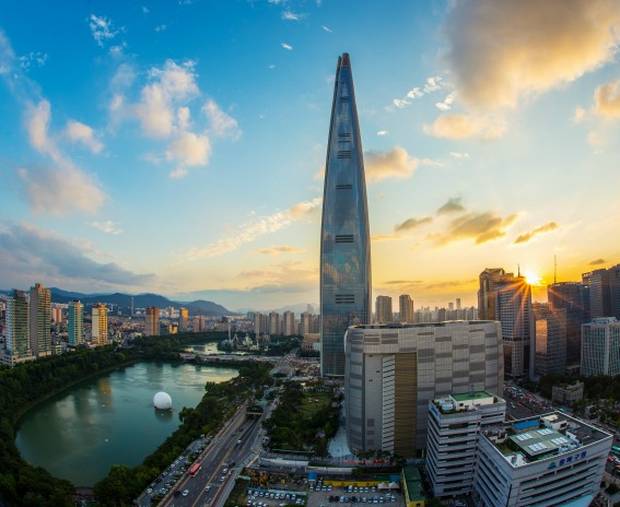 Seoul is riding a wave of creativity. From fashion to food, architecture to art, the city has become a creative haven for those looking to make their mark. It’s packed with trendsetting residents who have helped create a future-proof city that still honors its distinctive past. Temples and skyscrapers mingle across the city while acclaimed chefs fuse bygone dishes with tasty new trends in South Korea’s famed cuisine. It truly is a city built for the curious, for those who don’t like to stand still – and, if you’re not convinced already, here are eight reasons why Seoul should be the next destination you visit.

Seoul has emerged as one of the world’s most fashion forward cities. Its Fashion Week, which showcases the latest street style from the city’s hotbed of designers, has become a must-see event for industry aficionados. The influential event runs twice a year in March and October and is the premier event for established and up-and-coming South Korean designers to present their streetwear designs to industry onlookers.

The world might have only started paying attention to Gangnam thanks to Psy’s smash-hit K-pop song, but this hip neighborhood has long been at the forefront of Seoul’s emergence as a global trendsetter. If Seoul is Asia’s capital of cool, Gangnam is its creative heartbeat. It has become the epicenter for Korean business and pop culture as global companies continue to flood the district. Gangnam is also Seoul’s number one nightlife spot with locals letting loose after a day of work in the bars that line the affluent area’s neon-lit streets. During the day, you’ll find a wide variety of activities, including shopping at Korean boutiques, Lotte World, and the Buddhist temple of Bongeun-sa.

South Korea’s capital might be home to some 10 million people, but you can easily escape the crowds by enjoying the city’s wide range of outdoor opportunities. Add some real adventure to your trip by heading to Bukhansen National Park, which is just a 45-minute subway ride away from central Seoul. Here, you’ll find hiking trails for all levels, including the Bukhansanseong path, which takes walkers to the summit of South Korea’s tallest mountain, Baegundae. You’ll also find several idyllic green spaces dotted across the city, including the Seoul Forest, which produces picture-perfect cherry blossoms in the spring.

While the nation’s music and TV shows have only recently joined the landscape of global pop culture, Korean food has long been a go-to favorite for foodies. And even though Koreatowns dot cities in all corners of the world, the best place to get an authentic taste of South Korea is on the streets of Seoul. Koreans simply don’t do boring dishes, and in Seoul, you’ll have access to the best bulgogi, bibimbap, and galbi around.

5. Step back in time

Seoul’s ever-growing skyline may point to a city that’s only looking to the future, but the city is awash with cultural gems that detail the city’s enchanting past. Step back in time with a visit to the Five Grand Palaces located in Jongno and Jung-gu, including the 14th-century Gyeongbokgung Palace and UNESCO World Heritage-listed Changdeokgung Palace. Elsewhere, you’ll find perfectly preserved Buddhist temples, such as the popular Jogyesa and Bongeunsa.

Seoul’s quest for constant innovation has seen the city become a hi-tech wonderland. It boasts the world’s fastest average internet connection speed, a mammoth Digital Media City, and some of the tech industry’s largest companies, including Samsung. No matter where you’re from, you’ll soon realize that Seoulites are already living in the future. From touch screen mobiles to tablets, Seoul’s workforce doesn’t just embrace new technology, it creates it.

Seoul has a “work hard, play hard” mantra that can challenge any city on the planet. When the locals clock out of the 9-6, they head to the likes of Gangnam, Hongdae, and Itaewon to enjoy a bottle of soju or four, a South Korean drink made from rice. No trip to Seoul is complete with visiting a noraebang (meaning song room). These ever-popular karaoke establishments have been a mainstay of Korean culture for several decades and are found throughout the city of Seoul. Simply look for the neon microphone in the window when you’re ready to unleash your inner rockstar/pop diva.

8. Go beyond the capital

Seoul is the ideal base for exploring all South Korea has to offer. It takes just an hour by plane to reach the city of Busan, the Miami of South Korea, and Jeju Island, which is famed for its sun-kissed beaches and volcanic landscapes. You’ll also benefit from excellent transport links to the famous Hwaseong Fortress (a UNESCO World Heritage Site in Suwon), Pocheon Art Valley (an idyllic park complex), and Mangswolsa Mountain Temple (an ancient Buddhist temple in the Namhansanseong Fortress).

Tags: Travel tips, Destinations, Abroad, Seoul, Korea
Study abroad in Seoul and learn KoreanLearn more
Get the latest on travel, languages and culture in the GO newsletterSign me up