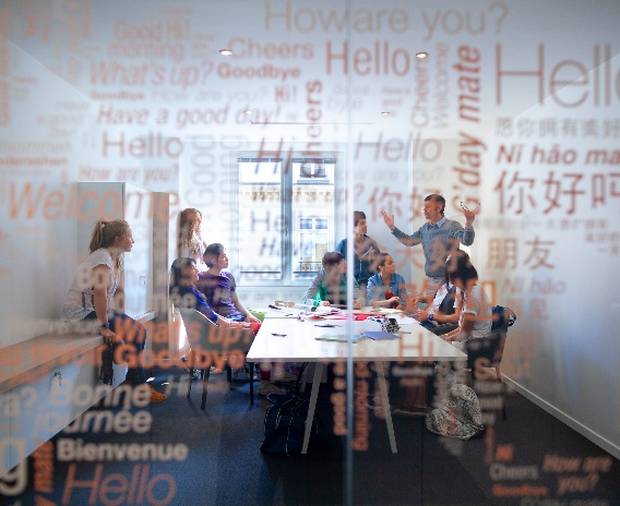 In a joint research project with EF Education First and the University of Tokyo, it was revealed for the first time that significant changes in brain function occur during short-term language study abroad. This research group studied foreign students who enrolled at EF Tokyo, one of EF’s International Language Campuses.

The students were tested with multiple choice reading and listening tests after at least eight weeks of language lessons and again six to fourteen weeks later. During the testing, a magnetic resonance imaging (MRI) scanner was used to measure the student’s local blood flow around their brain regions, an indicator of neuronal activity.

“In simple terms, there are four brain regions specialized for language. Even in a native, second or third language, the same regions are responsible,” said Professor Kuniyoshi L. Sakai, a neuroscientist at the University of Tokyo.

During the first round of tests, the MRI scanner showed significant increases in blood flow to the four language-related regions of the brain, revealing that the students were thinking hard to recognize the characters and sounds of the unfamiliar language.

Six to fourteen weeks passed and the student’s continued their language studies at EF Tokyo.

A second test was then administered to the same group of students after their weeks of Japanese language studies. Researchers compared the first and second test results to find decreased brain activation in the grammar center and comprehension area during listening tests, as well as in the visual areas of the occipital lobes during the reading tests.

“We expect that brain activation goes down after successfully learning a language because it doesn’t require so much energy to understand,” said Sakai.

The scan showed a slightly increased activation of the auditory processing area in the students’ temporal lobes. Researchers believe this is likely due to an improved “mind’s voice” while hearing.

“Beginners have not mastered the sound patterns of the new language, so cannot hold in memory and imagine them well. They are still expending a lot of energy to recognize the speech in contrast to letters or grammar rules,” said Sakai.

As UTokyo reports, “Until an ideal method can be identified, researchers at UTokyo recommend acquiring a language in an immersion-style natural environment like studying abroad, or any way that simultaneously activates the brain’s four language regions.”

This recent study reveals even after short-term language study the brain activation starts to change and evolve, potentially providing encouragement for anyone looking to learn a new language at any age.

“We all have the same human brain, so it is possible for us to learn any natural language.” said Sakai. “We should try to exchange ideas in multiple languages to build better communication skills, but also to understand the world better — to widen views about other people and about the future society.”

Tags: Language learning, Student life, Languages
Learn Japanese with EFLet's go!
Get the latest on travel, languages and culture in the GO newsletterSign me up