10 things you should know before moving to Toronto 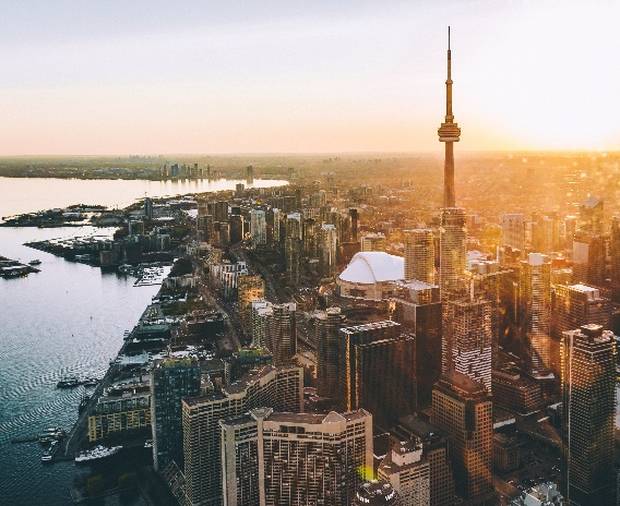 From tips on how to prepare for the winter to the city’s thriving brunch scene, our list of things you should know before moving to Toronto will help you get ready for life in Canada’s biggest city.

1. Brush up on your bilingualism

French and English are the co-official languages of Canada making it a great place to brush up on your skills in both languages, though English is used more widely in Toronto. As it is one of the country’s most multicultural cities, you’ll also possibly hear conversations in Cantonese, Italian and Spanish, and meet a great diversity of people from all backgrounds and nationalities.

2. Toronto is big on brunch

While Toronto is big on most meals (the thriving culinary scene here is to die for), these days the city’s foodie scene is all about the B-word: Brunch. Get ready for smashed avo on toast, menus crammed with a million different ways to eat eggs and, of course, many mornings spent loosening your jeans to make room for the endless varieties of pancakes available with oodles of maple syrup.

Public transport in Toronto is made up of a subway, buses and streetcars (trams). With traffic and delays fairly common it might not always get the best rep, but, when Toronto is as big as it is, anything that’ll get you from A to B is pretty useful! Purchase tickets at stations or pick up a Presto Card which you can top-up and use as a contactless card to pay for your journeys. Cycling is also a popular option and you can pick up a second-hand bike fairly cheaply when you arrive.

The winter months (December through to March) are pretty chilly and snow tends to carpet the city between November and April. Pack some sturdy and waterproof winter shoes to navigate icy sidewalks and lots of warm layers, and you’ll be absolutely fine. It’s not nearly as cold here as it is in some of Canada’s more northerly cities!

The drinking age in Canada is 19, lower than in the US where it is 21. Bars tend to close at 2 am and in recent years the craft beer scene has flourished; keen beer connoisseurs will love the varied produce of the local creative and artisan breweries. Remember to always drink responsibly if you do.

6. A whole section of the city is underground

It might seem futuristic but underneath the city a 19 kilometer-long network of corridors and stores make up Toronto’s famous PATH system. Not only is it a cool shopping experience, but it’s also a great way to get around parts of the city during the cold winters. If the streets seem quiet, head underground!

Tipping culture in Toronto is strong, with restaurants, bars and cafes generally expecting a 15-20% tip on top of your bill. Carrying cash can be handy for this but most places also have the option to add the tip to your bill when paying by card. This does also mean that the service in Toronto is generally great!

8. Know where to live

Toronto is not a cheap place to live, so to survive in the city as a student you’ve got to pick your new home carefully. Search for rooms in shared houses on sites like Roomster or Roomlala and aim for student neighborhoods like Kensington Market or Baldwin Village. Don’t forget to get in touch with your university or school’s overseas placements team for their expert advice and help to find accommodation – many offer their own residences (EF included, of course!).

Every September the city hosts the Toronto International Film Festival, which transforms the TIFF Bell Lightbox into a celebration of cutting-edge film-making, with screenings, lectures, workshops and meet-and-greets. Whether you’re a movie-buff of a casual cinema-goer, add this weekends’ events to your calendar.

10. You’ll never tire of things to do

Toronto is huge. Seriously, it’s Canada’s biggest city and this bustling metropolis full of creative and entrepreneurial types is full of quirky things to visit, award-winning places to eat and ways to spend your Saturday afternoons. From hidden bars and sneaker shops to bohemian markets and niche bookstores, check out our list of 10 hidden gems in Toronto for more inspiration.

Tags: Travel tips, Canada, Toronto
Get the latest on travel, languages and culture in the GO newsletterSign me up