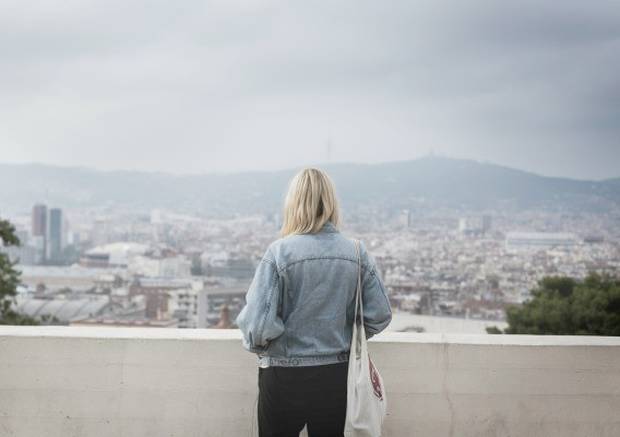 Spanish is a language with advantages stamped all over it. It’s the mother tongue of more than 405 million people across 30 countries, and is even more widely spoken as a second or other foreign language, meaning you’ll never be without conversation buddies. As an added bonus, Spanish is a Romance language and relatively recognizable to learners – especially those with a background in French, Italian or Portuguese.

But how can you begin livin’ la vida en español? Here are 5 of the best ways to learn Spanish.

This is the big one. Spending extensive time abroad in a country where your target language is spoken is hands down the most effective way to learn. Why? Because by living, working or studying abroad you place yourself in an immersive learning environment, not unlike how a young child learns their mother tongue. Taking a Spanish language course is a great way to progress fast and meet others with similar interests.

Another option is to work in a Spanish-speaking country. After a short time you’ll find your vocabulary list is as full as your social life – both of which will improve your level. Because Spanish is spoken across Spain, Central America and South America, there is (truly) no shortage of places to call casa. Set your sights on lively Barcelona, cosmopolitan Madrid, gorgeous Playa Tamarindo, mellow Malaga, fun-loving Santiago de Chile or classy Buenos Aires.

Grab a bucket of popcorn and a notebook to jot down those lovely new words. Watching foreign movies and series is another tried and true way of learning a new language. The Spanish-speaking film and television industry is prolific, with Spain, Argentina, Mexico and Chile leading the way. Movies to watch out for include the works of mega directors Pedro Almodóvar, Alejandro Iñárritu, Alejandro Amenábar and Pablo Larraín. If feature films aren’t your thing, relax, there’s a wide buffet of TV series and soap operas (telenovelas) waiting for your Spanish-learning pleasure.

Mexico is a particularly prominent telenovela producer, and their ever-exaggerated, convoluted stories make for entertaining viewing. A bonus tip: put subtitles on in Spanish (not your native language) to help you catch missed dialogue. If you’re watching online or your DVD doesn’t have subtitles, watch the movie again after a few days. Repeated viewing of the same scenes, storyline and actors’ voices will help you understand more.

Like watching films and television, listening to music is a relaxing way to invite Spanish into your brain. As there are simply so many native Spanish speakers, the range of available music is huge. Discover artists on Spotify or Youtube, and listen along while doing housework, driving, at the gym or on your commute! To ramp up your learning, download song lyrics and listen while reading them, highlighting new words and expressions as you go.

Later, look the vocabulary up online and listen again. You’ll be amazed by how much more you understand.) Those more musically-inclined will benefit from learning the guitar chords or singing along.

4. Join the Spanish or Hispanic community in your city

While you can learn a lot on your own, at some point it’s far more effective to be a social butterfly. Because people have been migrating since before recorded history, there are colorful communities of immigrants and exchange students in almost all major cities worldwide, very likely also in the city you live right now.

Find communities by searching online for cultural, food or film events. You can also try your city’s online expat communities and forums for postings from people looking for an English-Spanish language exchange partner. If that doesn’t turn up anything, ask your contacts on your social media networks. You never know who has a Spanish-speaking friend to introduce you to!

Speaking of Spanish-speaking immigrants and exchange students – you’re in a unique position to help them and yourself. How? Think about it: just like you, when these expats arrive in your country, they’re new and confused. By offering up your time to show a newbie around, or registering your home as a homestay location with a local university or language school, you’ll be able to help orient new expats, introduce them to your city and practice your Spanish while you’re at it.

Tags: Language learning, Spanish, language tips
Ready for a new adventure?Learn Spanish abroad
Get the latest on travel, languages and culture in the GO newsletterSign me up

5 reasons why you should learn French
By Martinique · 3 min read
Is “flow” the secret to happiness?
By Kat · 3 min read
12 expressions about spring from around the world
By Finola · 4 min read
10 Netflix teen drama shows to learn a language with
By Natasha · 4 min read
See more from