4 reasons why you should learn Japanese 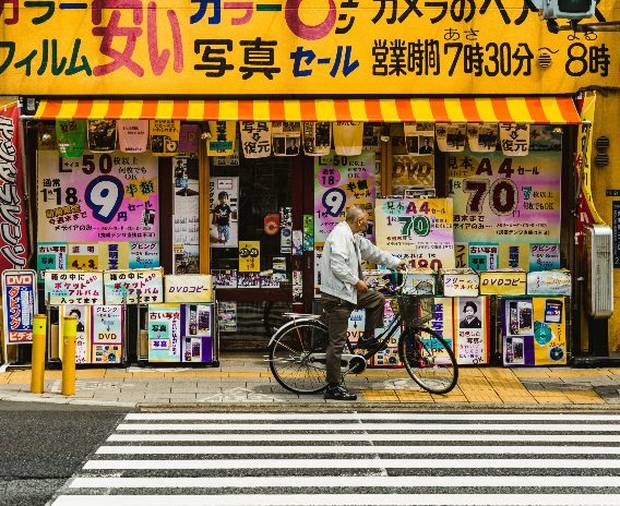 Japan is a country that is surprising, striking and full of fascinating contrasts – mixing ultra-modern cities and technology with ancient traditions and crafts. And while Japan is a magical country to visit, the vibrant and dramatically different environment you’ve landed in can be bewildering. If you want to really understand the country – and to appreciate the special beauty of the Japanese way of life – knowing the language is essential. Here’s why you should learn Japanese…

1. A little goes a long way

Learning Japanese is not easy, mainly because of a writing system that combines pictograms called kanji imported from Chinese with two different forms of Japanese writing. However, the basic grammar is very simple, pronunciation rules are amazingly regular, and mastering the Japanese alphabets is both straightforward and will get you a very long way.

While you won’t understand everything written in kanji, you’ll be able to spot sushi on a menu or spell out your train stop on a map. And you’ll begin to pick out the logic of your surroundings – a delightful example is the beautiful city of Kyoto, whose streets are arranged in a grid.

As soon as you can count to ten you suddenly realize that a series of streets that span the entire width of the city are not named but numbered! Using a romanized Google Maps you would never realize this, but now it is impossible to get lost!

In the 1970’s and 1980’s, Japan’s meteoric economic growth and reputation for technological innovation made it an obvious place to aim a career towards. Nowadays, the reputation for unstoppable economic development and ever-growing clout on the world stage belongs to China.

We have all heard that Mandarin is the logical language to learn for the future-minded – but don’t forget that Japan remains the 3rd largest global economy and one of the most technologically innovative places in the world.

On top of that, there are over 125 million Japanese speakers, so you’ll never run out of people to practice with.

3. Modernity, tradition and a poetic take on life

The Japanese are well known for their innovative technology, from bullet trains and babysitting robots to self-pouring beers and sushi express conveyor belts that deliver your order in seconds.

While relishing ultra-modernity, Japan actively maintains a firm connection to its roots. Passionately celebrating cherry blossoms in spring and the mountains turning red with autumnal colors (and philosophizing about the transience of both). Observing ancient festivals and religious rituals with both sincerity and joy. And delighting in the ‘Japaneseness’ of what the varied corners of their island nation has to offer.

The unique and very poetic nature of Japanese itself is also worth noting. I can’t think of another language that can convey such nuance and subtlety with so little – there are so many Japanese words that cannot be translated into English, for example.

4. Learning Japanese is a fun challenge

The challenges of delving deeper into Japanese are rewarding, exposing you to different ways of communicating and thinking. Japanese is bound to the social context it is used in.

With the vous-form in French or Sie/du in German, speakers of those languages must pay more attention to whom they are talking than English speakers with a simple ‘you’ – Learning Japanese is the same but with a richer variety of polite vs. plain, formal vs. informal, humble vs. respectful and other forms of language used depending on the context of your conversation. Thankfully foreigners are given huge credit for effort, and in most contexts will be forgiven errors!

Perhaps the more obvious challenge is that many, many kanji that need learning to be truly fluent. It is amusingly little consolation that to read a newspaper you need to have memorized a list of ‘only’ 2000 or so. There’s no avoiding that it takes time, and some enjoy learning the logic and order to recreating these intricate characters more than others, but it’s rewarding precisely because the language is so rich and interesting.

Tags: Culture, Japanese, Tokyo, Japan
Ready for a new adventure?Study Japanese in Japan
Get the latest on travel, languages and culture in the GO newsletterSign me up