5 reasons why you should learn French 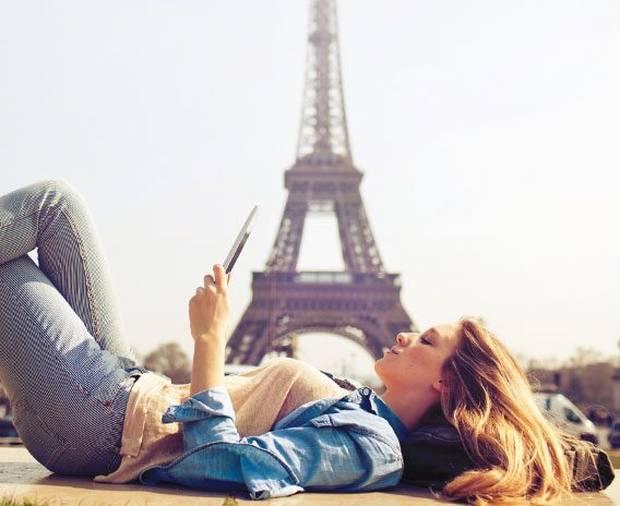 French is beautiful. It makes pastries like croissants and pain au chocolat sound like drops of heaven. It makes the most basic objects sound incredibly sophisticated, like le bateau, which means ‘boat’. It can also make names sound so exotic that they may just inspire you to hop on a plane today and go on a month-long vacation to, say, Martinique (*wink* *wink*).

Besides its sophistication and sheer beauty, here’s 5 reasons why you should learn French:

Connecting with (lots of) people

As the great and late Nelson Mandela once said, “If you talk to a man in a language he understands, that goes to his head. If you talk to him in his language, that goes to his heart.” Since around 300 million people in our world speak French, speaking it would mean that you could communicate directly with 1 in 25 people on this planet. French is the official language in 29 countries, and it’s the second most studied language in the world after English.

Not only that, but due to Africa’s growing population, where about 50% of native French speakers live, we could see as many as 700 million French speakers in the world by 2050. In that same year, it might even surpass Mandarin Chinese and English as the most spoken language in the world, as one study suggests. Reason enough to study French in France and add it to your repertoire? I think so.

Being diplomatic (and understanding world history)

French is the darling of the diplomatic scene. It is the procedural language for the European Union, the only language used for deliberations in the EU’s Court of Justice, and one of the working languages of the United Nations.

Its historical importance is also immense, particularly across Africa, where the colonial period – and the use of French by the French and Belgian colonialists – connected ethnic groups under one French-speaking umbrella. Because of this, learning French will allow you to connect far beyond France itself, an exciting prospect for anyone interested in getting to understand African history and culture better.

Diving into the arts

It’s rare to go through a literature class at school and not speak about France’s literary heroes, including Albert Camus and Alexandre Dumas. French literature had a major impact on the themes, writing style and overall development of literature itself, particularly in the 19th century.

As for fashion, Paris is the undisputed fashion capital of the world, and for good reason. It’s home to fashion powerhouses such as Chanel, Louis Vuitton, and Dior, that have redefined – and continue to redefine – what style is. If you want to connect with French literature or understand what that omnipresent ‘je ne sais quoi’ that defines French style really is – you just have to learn French.

Speaking the language of love

In 12th century medieval France, you didn’t marry for love. Marriage was an economic, social and religious arrangement and love was something to idolize. This is where the tradition of

Troubadours came in. They would entertain the lords and ladies of the castles with their love songs and poetry which eventually influenced knights and mercenaries who would come back from battle and try to woo their lady in song. This was known as ‘l’amour courtois’ or courtship, a more complicated way of trying to win someone’s heart over rather than simply swiping right. And what better way to do courtship right than ‘En français’?

Having a great excuse to go to France

Tags: Language learning, French, France
Explore France with EFLet's go!
Get the latest on travel, languages and culture in the GO newsletterSign me up