10 Best Winter Cities In The World 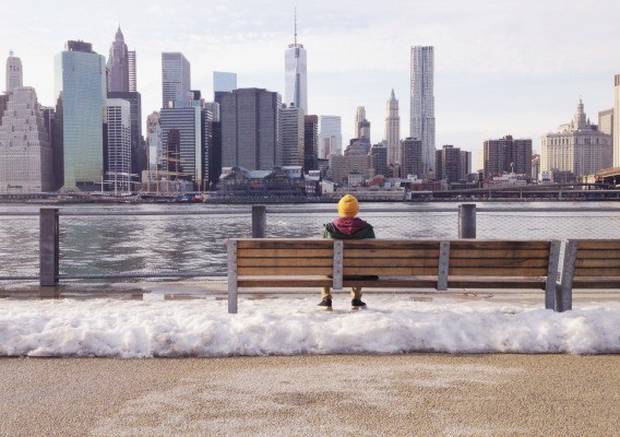 The w-word gets a lot of bad press. Sure, the warm sunny days of summer are wonderful, but just because the winter days are shorter, the evenings darker, and the temperatures colder doesn’t mean the chilly months can’t be awesome – and we have 10 cities to prove it.

Some people argue that New York gets better as it cools: The festive spirit is unashamedly evident, ice-skating rinks appear, and though already picture perfect, the view from the Empire State Building is truly magical when the city is dusted with snow. Plus, it’s low season for the Big Apple, so (apart from the obvious Christmas weeks) the winter months are blissfully devoid of tourists and the sidewalks, stores and attractions are crowd-free – well, as crowd-free as NY will ever be.

With countless Christmas markets filled with stalls selling steaming mugs of Glühwein, sweet treats like gingerbread houses, and the smell of sizzling German sausages filling the air, winter retail therapy has never felt so good. But even after December, the German capital truly rocks the winter season. When the heavens open and it snows, Tiergarten Park becomes a magical winter wonderland and Berlin actually organizes huge snowball fights in the parks – complete with live music and DJ sets.

There’s something wonderfully British about strolling through Hyde Park, the grass crisp with frost and your breath steaming up in-front of you. Littered with iconic sights and world-class shopping, London is extraordinary throughout the year. But during the winter, the soft amber haze from dimly-lit cozy coffee shops, tiny pubs, and intimate restaurants spills out onto the streets and people dash, swaddled in thick wooly scarves, into charming cubbyholes that lie hidden until the season returns.

If you can’t get enough of the summer sun or are just a die-hard winter hater, you don’t have to stick to the Northern Hemisphere when winter rolls around. Avoid the cold snap all together by heading Down Under to spend your break in Sydney – a city that boasts an average temperature of 27 degrees Celsius. You’ll have your pick of topping up the tan at the beach, learning to become a pro surfer, or checking out the sights and local nightlife. And the best part? There’ll be no need for a coat – just be sure to pack the flip-flops!

Let’s face it, Ireland will never have a reputation as a country of balmy weather and scorching sunshine, but winter is no match for the unbreakable, infectious Irish spirit: the frosty temperature outside has long been counteracted in Dublin by both being used to it and by joining your fellow folk in the snug, warm taverns and pubs that line the streets for a pint and some good old live music. A crooning Irishman, a guitar, and a friendly crowd can chase away any chill in the air.

Your average Christmas might not come hand in hand with surfing, paddle boarding or golf, but that’s not to say that it shouldn’t – and visitors to San Diego agree. It’s easier to find your own private patch of glorious golden beach when the rest of the world is tucked up for winter or heads to the mountains for a traditionally snowy break. Why worry about winter or spend it hidden beneath layer upon layer of clothing when you could set off in the direction of the sun and simply relax?

For many, winter and skiing go together like peanut butter and jelly. Because, let’s be honest, the best part about frozen rain falling from the sky is whooshing down the side of a glorious snow-capped mountain in good company and being rewarded with a finger-warming mug of hot chocolate. The setting is truly stunning: good luck trying to keep your eyes on the slopes with the sweeping panoramic views of the French Alps – including the mighty Mont Blanc. Even when your feet are firmly back on flat ground, Chamonix will make you whip out the camera over and over.

Pack your coat because Prague isn’t primarily known for its warm weather in the winter months – but it is definitely famous for its charm and celebrations. The striking skyline and charismatic baroque architecture of the City of a Thousand Spires rises high off the frosted ground and is packed with a procession of festivals: Christmas markets line the streets in December, then the skies erupt with spectacular fireworks for New Year’s eve; and during February and March, the Czech says goodbye to the winter with the colorful masked Bohemia Carnival.

You’ll need to pack more than your coat this time – I’m talking gloves, wooly jumpers your grandma knitted, and thick socks you publicly swore you would never wear but secretly love because they’re crazy cozy. And your swimsuit. Surprised? Nope, that wasn’t a mistake: once you’ve bundled up to explore the insanely stunning volcanic landscapes, erupting geysers and vast glaciers of Iceland, you’ll want to take a dip in the island’s naturally heated geothermal baths, before watching out for the greatest light show on earth – the northern lights.

Though in Europe you wouldn’t dare to take a dip in the wintery waters of the sea, stripping down to your bikini on the tropical coast of the Caribbean is another matter entirely. Mix up your habits and explore Havana’s picturesque cobbled streets lined with vintage classic cars, tuck into fresh seafood on palm-lined beaches, and salsa the night away on a local dance floor. Then, trade skiing for scuba diving off the coast of Cuba to explore the colorful underwater world and vibrant coral reefs that surround the country. Ah, glorious winter!

Tags: Travel tips, Cities, Winter
Explore the world with us (in any season)Learn more
Get the latest on travel, languages and culture in the GO newsletterSign me up