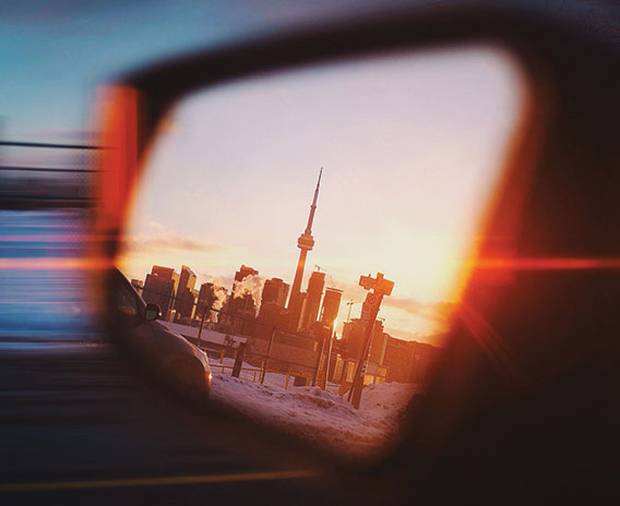 I could have never imagined I’d fall so hard for a city. As I was packing my bags to visit a friend in Toronto, I was excited to visit him, but, as for exploring the city Toronto, I was lukewarm at best. Oh my was I wrong – it was so hard to leave!
Toronto is 100 percent underrated. I may even like it better than New York. Let me try to explain why you should choose Toronto as your next destination (and take me with you).

The first thing I always notice when traveling abroad is the warmness of the interaction with the locals. Torontonians, as people from Toronto are called, are, overall, extremely friendly, polite, and nice people. They have a warmness about them that makes you feel instantly at home. Besides that, since one out of two Torontonians are actually born abroad, the diversity of the city is incredible! You surely will get to know plenty of cultures and people from all over the globe.

Pro tip: Try starting a conversation with anyone at a bar or simply ask for directions. You’ll be greatly surprised how happy people are to chat or help.

For me, the hardest part about spending time in Toronto was choosing what to eat. Unsurprisingly, the city’s food scene mirrors its cultural and ethnic diversity. What do you feel like today? Indian? Chinese? Greek? How about a big pile of french fries, cheese curds, and gravy? Poutine might have originated in the French-Canadian province of Quebec, but, as Canada’s unofficial national dish, it’s quite popular in Toronto as well.

Pro tip: Not sure about Poutine yet? Wait until 3am. Not only is it delicious but you’ll find plenty of restaurants serving it late.

For any sports freak, Toronto is a dream. There is a pro team for every season! Even more, the games are actually affordable. Watch the famous Maple Leafs take to the ice, catch a Raptors’ NBA basketball game, or spend the whole afternoon watching baseball at the Blue Jays stadium. Either way, you can’t go wrong.

Pro tip: Hockey is Canada’s most popular sport, so Maple Leafs tickets can be a bit expensive. If you’re looking for a fun and more affordable alternative, check out the Raptors.

Toronto is full of green spaces. There are parks on almost every corner and lots of streets lined with big leafy trees that are absolutely beautiful in the spring and summer.

Pro tip: Toronto’s old town is my favorite part of the city. It is full of big parks where you could hang out all afternoon.

Have you watched the TV series Suits? The movie Mean Girls? How about The Incredible Hulk or Hairspray? Want to know what all those productions have in common? You guessed it: they were filmed in Toronto. When you recognize scenes from your favorite movie or show, it makes walking around the city feel like you’re on stage.

Pro tip: Before you go, check out our article on all the film sites in Toronto.

There is usually a direct correlation between the size of the city and how dirty it is. Well, Toronto goes against the trend and was actually the cleanest city I’ve ever been to. And, while I haven’t been to Vancouver yet, I would even go out on a limb to say it’s the cleanest city in Canada.

Pro tip: If you like coffee and board games, check out Snakes & Lattes.

One of the greatest jokes in Toronto is how there’s nothing outside Toronto. Well, that’s kind of true, but, with a little dedication, time, and a car rental you can find some really cool wineries, cottages, waterfalls, and cute cities within a few hours drive.

Pro tip: Looking for a day trip? Go check out Niagara Falls, then end your day with a walk through the beautiful town of Hamilton.

Besides being a place where great movies are made, Toronto is also a city where great artists are made. The most beloved of which is Mr. Drake!

Most Torontonians love Drake and what he has done to promote the city. He even opened The Drake Hotel – don’t forget to check it out.

10. Not too many tourists

Unlike other big North American cities, Toronto has a surprisingly low number of tourists. Or maybe the city is so big that you don’t really notice them. Being from Barcelona that was a great surprise!

Pro tip: Do all the touristy stuff. Without the crowds, you’ll actually be able to enjoy it in T-town!

Tags: Travel tips, Traveling tips, Canada, Toronto
Get the latest on travel, languages and culture in the GO newsletterSign me up