5 things to know about working life in London 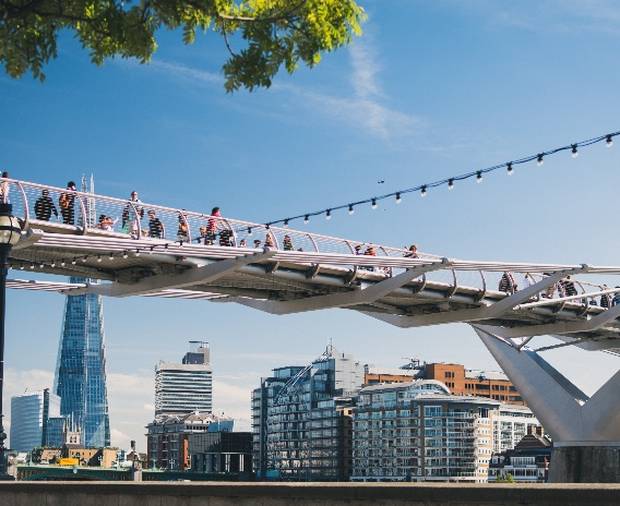 It’s no surprise that many people (especially students) want to work in London. The British capital is not only a hub for international business, but also creates the perfect scenario for people to immerse themselves in a completely new culture.

If you’re thinking about moving to London and planning on getting a job there, here are some important things to know about the working culture in London.

1. It’s common to have a longer commute to work

London is a huge city and living in the center of it can be pricey – because of both those factors, it’s very common to have a half hour or more commute to work. Especially for those commuting into London’s busy city center, getting to work might take a while.

Fortunately, London is very well-connected and has one of the best and most extensive transport systems in the world. Between the tube, trains, busses and bikes, you can get pretty much anywhere.

It’s safe to say that when you start a new job, you should generally make sure to always be on time. However, British people are very particular about timing and being late is frowned upon. If you have a meeting or an interview, show up at least five minutes before – that way you’ll have enough time to make sure you’re prepared and composed.

3. Please and thank you

Adding a ‘please’ or a ‘thank you’ to everyday interactions can make things go a lot more smoothly. The British are notoriously polite and probably repeat these words dozens of times a day to nearly everyone they meet. The more you learn to use these words generously, the more you’ll get involved in the culture – and who doesn’t appreciate a bit of extra politeness?

4. Many cultures in the workplace

London is one of the most multicultural cities in the world, which contributes to its vibrant energy and wonderfully diverse culinary scene. People in London tend to be very open and curious about different countries and cultures. Working in a city like London will not only give you a great insight into British culture, but it’ll allow you to work with many people from different countries.

One of the best parts of British work culture is that Londoners know how to work hard but they also know when to call it quits. People embrace having time off and usually use it to socialize with coworkers, giving the opportunity to those who have just joined the team to get to know their colleagues and build connections and friendships outside the office.

Tags: UK, Culture, Travel tips, English, London, City
Get the latest on travel, languages and culture in the GO newsletterSign me up