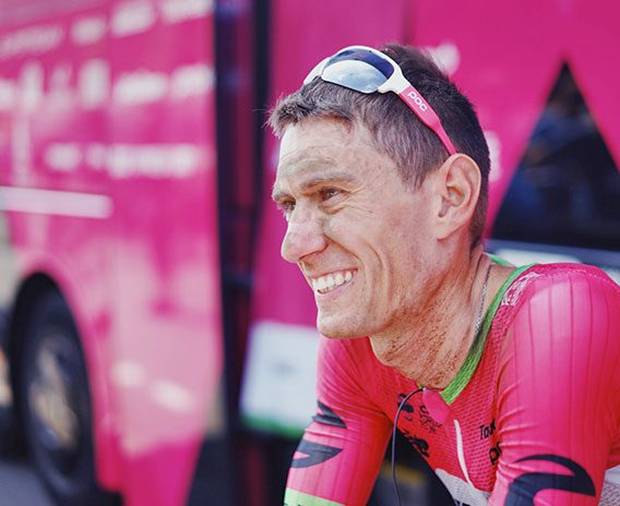 What can learning English do for your career? For EF-Education First-Drapac p/b Cannondale team member, Pierre Rolland, learning English allowed the Frenchman to leave the traditional world of French cycling and join the progressive US-registered #PinkArgyle squad.

Before signing in 2016 with EF’s pro cycling team, Pierre had spent ten years with French teams, where he worked his way up the ranks, earning multiple first-place stage victories at Grand Tours, the three-week-long races that occur each year in Italy, France, and Spain. Nevertheless, the ambitious cyclist was looking for a team where he could break out of the rigid structure of French-style cycling and open his mind to new training and race strategies.

When he first joined, Pierre spoke very limited English. He saw this as a barrier to his integration and growth with #PinkArgyle and dedicated himself to improving his English.

Now, Pierre has fun chatting with teammates from around the world and can comfortably conduct interviews with international journalists in English. To learn more about this transformation, we sat down with Pierre to hear first-hand what learning English has done for him both on the bike and off.

Q: How is our bike team different from others?

A: The big difference between EF and the teams I’ve known in the past is that it’s multicultural. There’s a number of nationalities. It’s really something very enriching to be at the table with an Australian, a Colombian, a Belgian, a Dutchie and to exchange all that – to exchange, to share. In addition to it being an amazing experience, for me, that exchange has been something that’s really helped me grow personally.

Q: When did you learn English

A: when I joined the team three years ago, I spoke very little or no English at all. And it’s true that it’s very culturally rewarding because I look less stupid for my trips abroad (insert laughter).

Q: When were you first comfortable speaking in English?

A: My first interview I did alone without translators in English was during the 2016 Tour (de France). Recorded live, I managed to do an interview entirely in English for Eurosport England or something like that.

But it’s still true that it’s easier to talk about what I know. For example, maintaining a conversation in English about, I don’t know… literature, would be difficult for me right now. But when I talk about cycling, it’s fairly easy. This is what I’m working on. It’s exciting to see my language expand beyond just the topic of cycling.

Q: How has English changed you as a cyclist?

A: As a cyclist, it changes me too because it allows me to communicate with everyone in the pack.

Q: Why is English important for you personally?

A: It’s something important not just for cycling, but for maybe my next life too. And whatever happens, it will serve me in my life to be enriched at this level.

Tags: Sports, Sport, EF Talks
Get the latest on travel, languages and culture in the GO newsletterSign me up