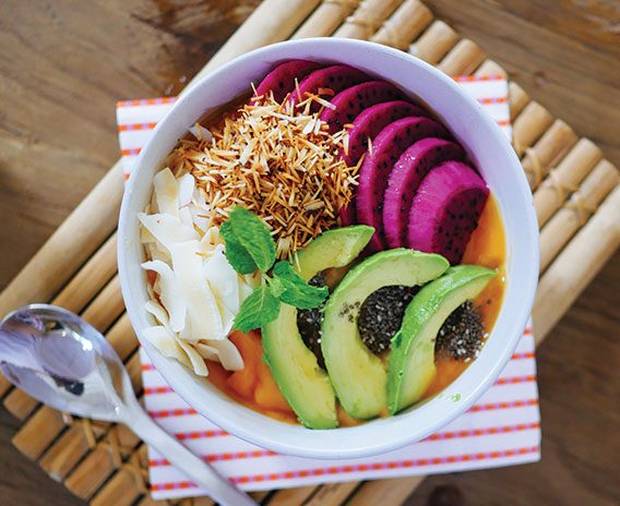 With more and more people moving away from meat consumption for both ethical and environmental reasons, vegetarianism is on the rise. The days where meat-free eaters were dismissed with a plate of steamed vegetables and an eye roll are long gone. Today, restaurants, cafés and bakeries serving delicious veggie delicacies are dotted around the globe and heavily concentrated in certain cities.

Whether you’re a diehard veggie or an open-minded foodie, these are the cities (in no particular order) to check out if you want to experience the best of vegetarian cuisine.

When it comes to health trends, you can count on LA to be one of the trailblazers. In a city filled to the brim with health-conscious people, vegetarianism has long been cemented into the abundant Los Angeles dining scene. From the fresh dishes at Vestation to the farm to table concept at The Green Temple, the City of Angels is a paradise for any foodie.

It should come as no surprise that The Big Apple is pretty high up on the veggie charts. The city has upwards of 25000 restaurants, many of which feature a plethora of vegetarian cuisine. Ladybird, Dirt Candy and Superiority Burger are all veggie eateries of note.

A third US city that is well and truly on top of things on the vegetarian front is San Francisco. Aside from countless veggie restaurants like the famous Nourish café, Greens restaurant and the Japanese cuisine served at Cha-Ya, you can also find the high-tech vegetarian automat Eatsa in SF.

In line with its fellow veggie-friendly US cities, Seattle has also stepped up its vegetarian food game in recent years, featuring a great variety of restaurants spread around the city. Head to Plum Bistro and Veggie Grill for delicious, simple dishes.

Germany’s capital has more to offer than a world-class art and fashion scene – it also happens to be a vegetarian haven. Of the many plant-based restaurants found in Berlin, Kopps is amongst the most iconic. Founded by a meat-eater looking to undertake a new challenge, it’s since become a firm favorite for many vegetarians and vegans residing in the city.

Toronto has enjoyed a swift and steady increase in plant-based options in recent years. While many places will now cater to vegetarians, the city also boasts a great many vegan establishments that’ll sate any veggie. With a vegan menu that promotes environmental sustainability, Planta aims to create innovative cuisine with high-quality ingredients. Kupfert & Kim also place a great deal of emphasis on protecting the environment, offering stellar plant-based dishes, with the goal of creating as little waste as possible.

The Lion City boasts a whole range of vegetarian restaurants, spanning cuisines from around the world. Check out Loving Hut for fresh, daily dishes and Herbivore, a Japanese restaurant featuring delicious, traditional food with a modern twist.

London is undoubtedly the king of vegetarian food in England. Thank to the city’s wonderfully diverse population, its veggie establishments stretch across a bevy of different cuisines. For a buffet-style option try Ethos, and if you fancy a dinner of small plates to share with friends, make sure to visit Bühler & Co.

Getting your hands on vegetarian food in a land of meat-heavy dishes used to be quite the challenge. However, France has gradually adapted to the ever changing food landscape and is now home to over a thousand vegetarian restaurants, with Paris leading the way. Hank Restaurant features many delicious plant-based meals, with fantastic veggie burgers to boot.

A study conducted in 2016, found that over 2 million Australians were vegetarians. It seems that the Aussies have really embraced the meat-free lifestyle and the many veggie options available in Sydney are a testament to that. If you decide to pay this beautiful city a visit, be sure to check out veggie eateries Bodhi and Mother Chu’s.