10 international films to help you learn a language 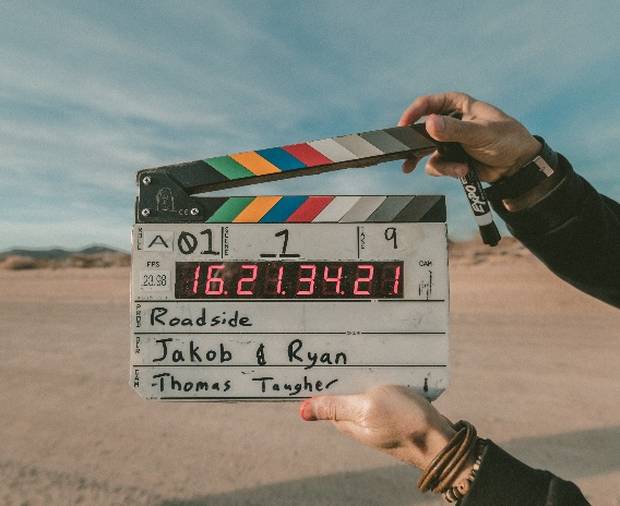 Watching movies in a foreign language often requires a little more concentration than usual, particularly if you’re new to the language. It’s worth it though, watching movies from different parts of the world can be an enriching experience. You’ll gain a new perspective and a window into a new culture, particularly as international films tend to be more creative, focusing on more complex, relatable issues, compared to Hollywood blockbusters.

It can be highly beneficial to your language learning too – you’ll listen to conversations in situ (kind of), pick up pronunciations, and learn new vocabulary, all while chilling in front of the TV.

Some of the best movies of recent times have been foreign language films (Parasite, I’m looking at you), so here are some you can stream today:

Warehoused (Almacenados) is a delightfully absurd, heart-warming comedy about a soon-to-be-retired employee and the young man who will replace him as they share five days in the workplace. The story is easy to follow, very funny, and the language is uncomplicated. Whether you’re new to Spanish or fluent in the language, it’s a complete joy to watch.

Set in the 1970s Italian countryside, Happy as Lazzaro is a movie full of bizarre plot twists. Lazzaro, a young Italian peasant, and his family are exploited by a marquise. Lazzaro makes friends with the marquis’ son and the two get up to mischief. It’s a beautiful portrayal of life in the gorgeous Italian countryside, albeit a bit of a quirky one.

Jiro Ono is a national treasure in Japan, and for good reason – he is a sushi master and owner of a three Michelin star restaurant. He is a perfectionist, while his eldest son, Yoshikazu, has trouble living up to his father’s legacy. You’ll learn a lot about sushi in this documentary-film, while also learning a lot about Japanese culture and the language, of course.

If you only watch one film on this list, make sure it’s multi-award-winning Aquarius. Clara, a retired music critic, vows to live in her apartment in Recife, Brazil until she dies. Tensions rise as a company with plans for redevelopment pressure her to move on. Led by a powerful performance from Brazilian superstar, Sônia Braga, the story is easy to follow, the language is relatively simple to understand, and the acting is superb!

Burning is a gripping Korean thriller about a twisted love triangle and the mysterious secret hobby of one individual. It’s based on a short story by Haruki Murakami, the celebrated Japanese writer, and will have you thinking about it long after its finished. There’s lots of interesting dialogue between the complicated characters – ideal for perfecting your Korean vocabulary.

This one is hard-hitting, expect a lot of slang and swearing (which you may or may not find useful). Divines is about a teenager living in a housing estate outside of Paris who befriends a young dancer who turns her life upside down. The dialogue is fast-paced but at least you’ll learn lots of French slang!

Arguably one of the best foreign-language films of all time, The Lives of Others is set in 1984 in East Berlin and tells the story of a secret police agent conducting surveillance on a couple, who then finds himself becoming increasingly absorbed by their lives. It’s intense and you’ll learn a lot about life in Berlin in the 80s.

Another French movie, but I couldn’t leave this one out. I Lost My Body is another multi-award-winning masterpiece that will captivate you. It is a beautifully animated, haunting French fantasy film about a disembodied hand and its journey across Paris to get back to its body. It’s unique, to say the least!

This list wouldn’t be complete without My Neighbor Totoro, it’s an absolute classic and happens to be my favorite foreign language film. It’s been dubbed in many different languages so try to find the original. It’s charming, heart-warming, and bonkers – like any Studio Ghibli film. The main characters are two young girls, so the language is straightforward and light-hearted.

Last, but by no means least. Set in Mexico City in the early 1970s, Roma is a deeply moving, beautiful film about a year in the life of a middle-class family’s maid. The director of Roma is also responsible for Gravity and Harry Potter and the Prisoner of Azkaban, so you’re in for a treat!

Tags: Language learning, Culture, Spanish, German, French, Italian, Japanese, Movies, Portuguese
Plan your OWN adventureLet's go!
Get the latest on travel, languages and culture in the GO newsletterSign me up