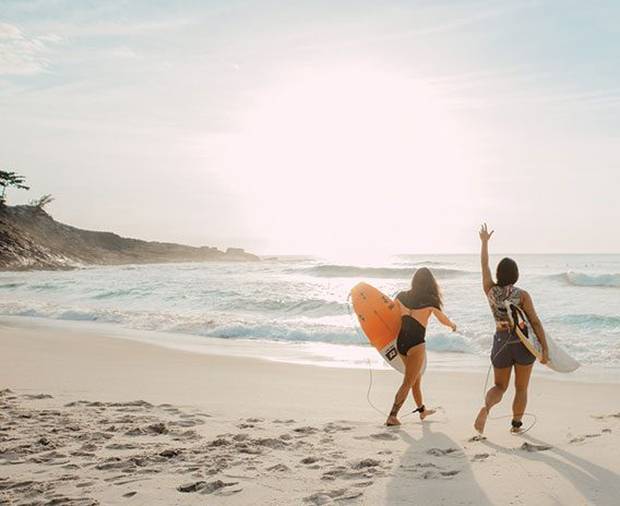 Replete with tradition and culture, Honolulu has long been a bucket-list-pick for people around the world. Tempted to Hawaiian shores by Honolulu’s beautiful beaches, fresh food, and intoxicating charisma, visitors revel in the state’s year-round summer climate. Acting as the setting for both adrenaline-fueled holidays and relaxing, sun-soaked getaways, Honolulu works its charms on just about everyone.

Let us walk you through 10 reasons to love Honolulu.

While English is the main language spoken in Hawaii, it’s closely followed by Hawaiian. The Hawaiian alphabet has only thirteen letters (seven consonants, five vowels and one symbol) and all words end in vowels. The result is a beautiful, melodic language that’s a pleasure to hear while you’re out and about exploring the city.

A wonderful melange of music, dance, art and film, Hawaiian culture is emblematic of the relaxed, easygoing “Aloha spirit”. This notion of “joyfully sharing life” is present in every facet of Honolulu – its beautiful, sun-soaked beaches and colorful food markets all contribute to a vibrant, yet relaxed atmosphere.

Visitors who have set their sights on Honolulu are undoubtedly aware of the white-sand beaches and azure waters that await them. Whether you’re looking to get a tan on Hanauma Bay or you want to try your hand at surfing on Waikīkī Beach, you’ll be blown away by the city’s beautiful coastline.

A hotspot for enthusiastic hikers, Diamond Head got its name in 1825 when British sailors mistook some volcanic calcite crystals for diamonds. The ancient volcanic crater offers visitors some of the best views in the city, making the steep trail well worth the hike.

The only official state residence of royalty in the United States, ‘Iolani Palace is a point of great pride for Hawaii. From 1882 to 1893, the palace was home to the Hawaiian Kingdom’s last two monarchs: King Kalakaua and his sister (and successor), Queen Liliuokalani. Not only is the palace a must-visit for its rich history, it’s also a beautiful piece of American Florentine architecture, featuring elements typical of Hawaiian architecture.

Honolulu’s many beaches aren’t just great for sun-soaked swims – they’re also the perfect spot for an afternoon of sports. Whether you want to try surfing, kayaking or hydro-biking, you can experience Honolulu’s world of ocean sports while taking in your beautiful surroundings.

With rolling mountains and scenic views, Honolulu definitely delivers on the nature front. Trails like Manoa Falls provide the ideal opportunity for a relaxed hike that takes you through some of Honolulu’s dazzling scenery. The 45-meter waterfall that awaits hikers at the end of the trail is also a popular filming location, having set the scene for iconic cinematic moments in Jurassic Park and The Hunger Games: Catching fire.

Known for its fresh ingredients and fruity flavors, Hawaiian food is a huge part of Honolulu’s culture. A firm favorite for locals and tourists alike, Yanagi sushi serves up fresh fish in a laid-back, friendly atmosphere. For those willing to spend a few extra pennies, Alan Wong’s prides itself on experimenting with new flavors and ideas. It also happens to be one of the Obamas’ favorite restaurants, with the family having dined there regularly over the years. Look out for and make sure you try some of the state’s traditional dishes, such as kalua, spam, poké and much more.

The USS Bowfin is a fleet attack submarine that fought during the second world war. The submarine was launched on the 7th of December 1942, one year to the day after Pearl Harbor, earning the nickname “Pearl Harbor Avenger”. History buffs will no doubt enjoy being able to actually walk through the submarine, as well as getting the chance to visit the museum, showcasing a range of Bowfin artifacts.

Nestled in the heart of the beautiful beachfront neighborhood of Waikīkī, lies Kalakaua Avenue, one of Honolulu’s prime shopping destinations. Besides being home to many of the biggest hotels in the city, it features countless shops and restaurants, as well as the International Marketplace. The latter has been an island tradition for years, comprised of over 130 carts, shops, and artisan stands. With local merchants selling everything from fresh food to traditional souvenirs, there’s a little piece of Hawaii for everyone to take home with them.

Tags: Traveling, Hawaii, Honolulu, Beach
Get the latest on travel, languages and culture in the GO newsletterSign me up