13 important phrases to know in your second language 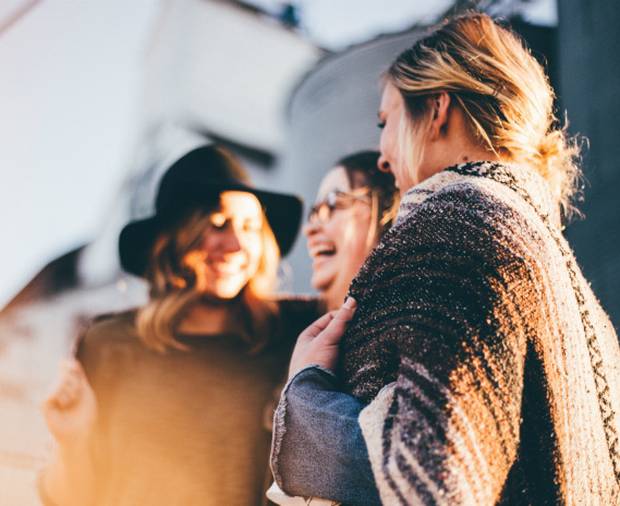 Hallo zusammen! I’m a native English speaker and I’ve been trying to learn German. I’ve received loads of helpful tips about how to reach fluency – from language apps to watching German television – but these supplements have only taken me so far. I realized I need to start trying to communicate in the language. But, where to begin?

If you want to start making conversation, it’s a good idea to know a few basic phrases. Having that foundation will make it easier to start speaking the language in the first place.

Here are 13 useful phrases to help you engage in conversation.

When I moved to Switzerland, I had prepared to say “hallo” when making introductions, but only later on realized that a more colloquial greeting is “gruetzi” (“gruetzer” if you’re in the Bern area), especially if you don’t know a person well. A super informal alternative is “hoi,” which is a lot like “hi.”

Getting to know these different versions of the greetings has been a big step in helping me talk to everyone from neighbors and shop owners to family members. While studying your desired language, it’s a good idea to research the colloquial variations of phrases from the region you want to travel to.

Okay, so you’re officially into the conversation. Now’s a great time to share your name and learn theirs. Even if everything else you say isn’t quite as fluent yet, at least you’ll know exactly who you’re talking to.

Being polite is practical in every language. I’m a firm believer that a nice smile and fantastic manners can make up for even the worst pronunciation. So, even if you completely run out of words to say, you’ll still leave the other person thinking about how nice you are!

4. I don’t speak your language well

The first week I lived in Zurich, someone walked up to me to ask if I could help them find something. They spoke quickly, so they got about two sentences in before I had the chance to tell them I didn’t speak German very well yet. Eventually, I was able to piece together enough of what they were saying to help, but that would never have happened if I hadn’t told them that I needed them to speak slowly and clearly.

Life happens and sometimes you’ll make a mistake. It’s important to know how to apologize or excuse yourself in those moments when things don’t go exactly as planned.

6. Can you please repeat that?

When I attempt to speak German, there are loads of times I don’t understand what someone’s saying the first time they say it. It’s helpful to throw out a “kannst du das bitte wiederholen” every now and again.

When it’s time to leave, it’s only polite to be able to say goodbye. It would be kind of weird to leave a room silently or just stop talking and turn around midway through a conversation. That’s no way to make new friends in any language.

This is one of those phrases you don’t want to forget. Maybe you will only need it when asking for help reading a label at the grocery store, but, either way, knowing this phrase is important to make sure you get help when you need it.

While it is a great idea for you to know the local emergency service numbers, you should learn this phrase just in case.

It’s one of the basic human needs. You won’t want to forget this phrase for obvious reasons.

You don’t want to find yourself spending more money than you planned or expected to pay. Also, to avoid any confusion about prices, you should always take some time to learn the local currency names and rates compared to your home currency.

This will take a little longer to study, but it’s worth understanding the numbers in your chosen language. This could mean the difference between telling someone you’ll be there in 15 minutes or 50 minutes. In German, I had the hardest time memorizing the difference between the teens and the tens. This resulted in a lot of vierzehn (14) when I meant to say vierzig (40) or siebzig (70) when I definitely meant siebzehn (17). You’ll figure it all out in good time. The key is to just practice.

With my novice level of German, I’m able to get around Zurich just fine, but, when it comes to more complicated conversations, like those you’d have at the doctor or dentist, I have a more challenging time. For this reason, I try to find someone who speaks English so we can communicate more clearly.

Tags: Language learning, Words, language tips, Learning tips, Communication, Become fluent
Learn a language abroad this summer!Get started
Get the latest on travel, languages and culture in the GO newsletterSign me up