13 thrilling facts we bet you didn’t know about Halloween 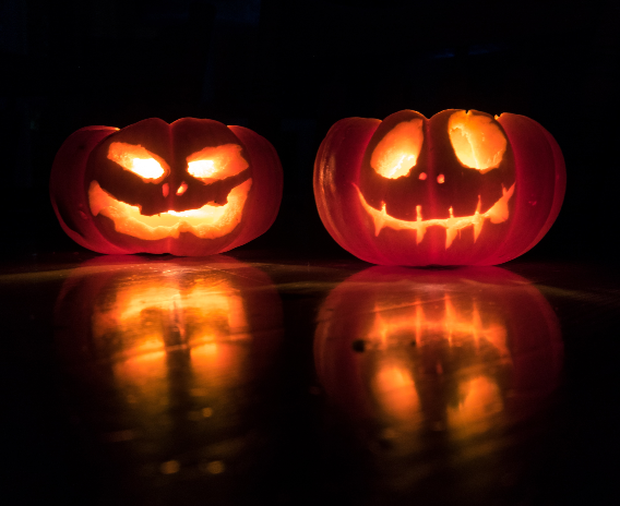 Get your adrenaline pumping in a haunted house, carve pumpkins by the bonfire and eat your yearly allotment of candy in one sitting. It’s easy to see why Halloween is one of the most beloved holidays of the year – especially in the United States of America. Let’s look at 13 hair-raising facts about October 31.

Believe it or not, the birthplace of Halloween is not a sugar factory: The holiday has been around for about 6000 years and it is believed to have originated around 4000 B.C. in Ireland.

Halloween has its origins in the ancient Celtic festival of “Samhain” – the celebration of the end of harvest season. Back then, the Gaels believed that on October 31, the boundaries between the worlds of the living and the dead got a little blurry and the dead would come back to life and wreak havoc among the living. One way to scare the dead? Wear costumes and masks.

Right behind Christmas, Halloween is the second most commercial holiday in the US: Americans spend about $6.9 billion on Halloween – most of it for candy, costumes and parties. A surprisingly big chunk is also invested in Halloween costumes for pets.

4. What does the Titanic have to do with it?

Out of the $6.9 billion spent annually in the US alone, $2.08 billion are spent on Halloween candy. How many sweet treats can you buy with that money? Roughly 600 million pounds – which equals about 6 Titanic ships.

The average American eats about 3.4 pounds of Halloween candy – the weight of a small chihuahua in a Halloween costume!

Trick-or-treating, aka dressing up and asking the neighbors for candy, can be a deliciously successful endeavor: Kids consume about 7000 calories on Halloween. (You would have to eat 66 bananas to reach 7000 calories.)

Are you afraid of Halloween? Then you might suffer from Samhainophobia – the fear of Halloween.

Try wearing your clothes inside out and walk backwards on Halloween. According to traditions, this will make sure you see a witch at midnight.

The world’s heaviest pumpkin grew in a Swiss garden: It weighted 2,096 pounds – as much as a small car.

Pumpkins and Halloween go together like candy and Halloween: Carving pumpkins on Halloween is not only fun, it’s also believed to scare away evil spirits, so carve away!

Trick-or-treating is really only for kids: Some cities in the US have even gone as far as banning kids over the age of 12 from trick-or-treating. In some places, teenagers who cheat and trick-or-treat can face a fine up to $1000. (7,000 calories worth of candy is surely not worth the fine!)

Don’t be scared if you see a spider on Halloween: This is believed to be the spirit of a deceased loved one who is watching over you.

13. You (probably) spelled it wrong all along

And yes, we did too. The correct spelling of Halloween is actually Hallowe’en.

Tags: Culture, Fun facts, Halloween
Get the latest on travel, languages and culture in the GO newsletterSign me up