24 facts about the Olympics that will blow your mind 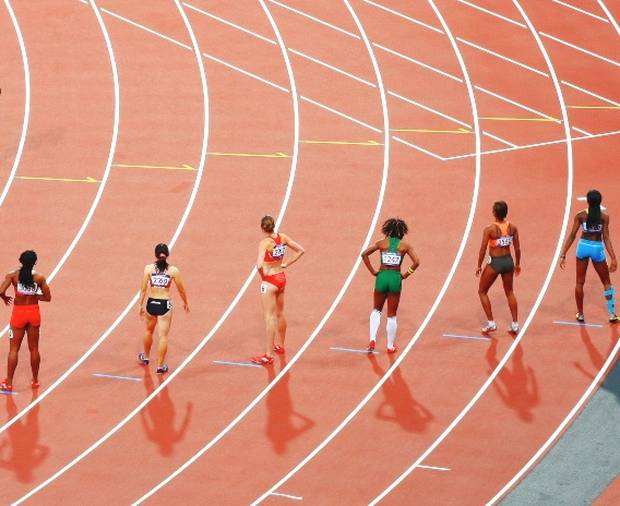 Even if you don’t care much about sports, there’s something magical about the Olympics: Athletes train for years to give their all and deliver the performance of a lifetime – often within a few seconds. We cry happy tears for the winners, sympathize with the losers, yell at the TV, and high-five strangers. Every two years, we adjust to a different time zone, feel a little bit more patriotic, and get really good at recognizing flags and national anthems from around the world.

In order to get into the Olympic spirit and the emotions that come with it, we put some facts about the Olympics that will blow your mind – so you have something to delve into while waiting for the next athletic record to be broken (or for the pizza delivery to arrive).

1. The first Olympic Games took place in the 8th century B.C. in Olympia, Greece. They were held every four years for for 12 centuries. Then, in the 4th century A.D., all pagan festivals were banned by Emperor Theodosius I and the Olympics were no more.

2. However, the athletic tradition was resurrected about 1500 years later: The first modern Olympics were held in 1896 in Greece.

4. Back then, the games lasted five or six months.

5. Women have been allowed to compete in the Olympics since 1900.

6. From 1924-1992, the Winter and the Summer Olympics took place in the same year. Now, they’re on separate cycles and alternate every two years.

7. Only four athletes have won medals in both the Winter and the Summer Olympics. Only one of them, Christa Ludinger-Rothenburger, won medals in the same year.

8. During the 2012 London Games, the Olympic Village required 165,000 towels for a bit more than two weeks of activity.

10. Tarzan competed in the Olympics: Johnny Weissmuller, an athlete-turned-actor who played Tarzan in 12 movies, won five gold medals in swimming in the 1920s.

11. From 1912-1948, artists participated in the Olympics: Painters, sculptors, architects, writers, and musicians competed for medals in their respective fields.

12. During the 1936 Berlin Games, two Japanese pole-vaulters tied for second place. Instead of competing again, they cut the silver and bronze medals in half and fused the two different halves together so that each of them had a half-silver and half-bronze medal.

13. The Olympic torch is lit the old-fashioned way in an ancient ceremony at the temple of Hera, in Greece: Actresses, wearing costumes of Greek priestesses, use a parabolic mirror and sun rays to kindle the torch.

14. From there, the torch starts its relay to the host city: It is usually carried by runners, but it has traveled on a boat, on an airplane (and the Concorde), on horseback, on the back of a camel, via radio signal, underwater, and in a canoe.

15. The unlit Olympic torch has also been taken to space several times.

16. The relay torch and the Olympic flame are supposed to burn during the whole event. In case the flame goes out, it can only be reignited with a backup flame, which has been lit in Greece as well, and with never a regular lighter!

17. The 2012 London Games were the first Olympics in which all participating countries sent female athletes.

18. The following sports are (sadly) not part of the Olympics anymore: solo synchronized swimming, tug of war, rope climbing, hot air ballooning, dueling pistol, tandem bicycle, swimming obstacle race, and plunge for distance. Luckily, live pigeon shooting was a one-shot and only part of the 1900 Olympics in Paris.

19. The five rings of the Olympic symbol – designed by Baron Pierre de Coubertin, co-founder of the modern Olympic Games – represent the five inhabited continents of the world.

20. The six colors – blue, yellow, black, green, red, and the white background – were chosen because every nation’s flag contains at least one of them.

21. The Olympic Games have been hosted by 23 different countries.

22. The first official Olympic mascot was Waldi, the dachshund, at the 1972 Games in Munich.

23. The 2016 Games in Rio will mark the first time the Olympics are held in South America.

Tags: Culture, Fun facts, Olympics
Get the latest on travel, languages and culture in the GO newsletterSign me up

Why learn Russian
By Finola · 5 min read
Why is the world obsessed with Korea?
By Danny · 3 min read
Why and how to shop Singles Day, Black Friday, and Cyber Monday
By Matt · 4 min read
Weird things Londoners do (as seen through the eyes of an intrepid Italian)
By Diletta · 4 min read
See more from