5 of my favorite sporting events around the world 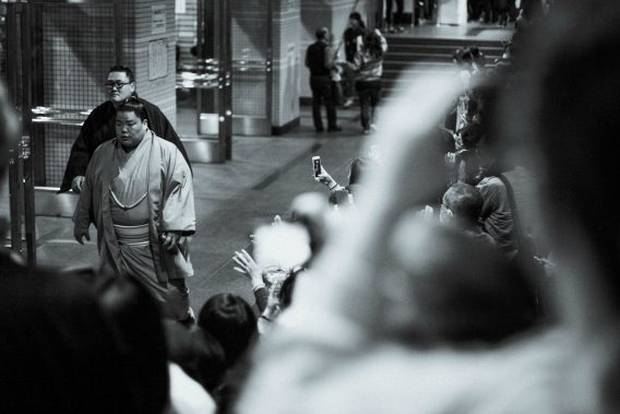 Spain has two of the elite soccer teams on earth in FC Barcelona and Real Madrid. For any true soccer fan these teams are a must see, but if you are a soccer fan you already know this. What you might not know about are the castells of Barcelona. The participants are known as Castellers stand on each other’s shoulders to form a human tower, a castle of sorts. Rather than a typical sport, these athletes compete against gravity. Teams try to outdo themselves by pushing the boundaries of human structures, sometimes reaching as high as ten people tall. Often sporting white pants, a black sash, and a bright colored shirt, Castellers can be found building human towers at many of Barcelona’s popular festivals. It is such a spectacle that Castellers have been declared by UNESCO to be amongst the Masterpieces of the Oral and Intangible Heritage of Humanity. Something to write home about.

Go up to Monaco for the day to see a formula one race. Only 30 minutes north of Nice, the sovereign city-state of Monaco holds one of racing’s most prestigious races, the Monaco Grand Prix. The Formula One circuit takes the streets of Monte Carlo by storm. Set between the sea and the city, it is a spectacle not to miss. The race dates back to 1929 and is so popular that a separate race held for cars of the old days is held on the circuit every other year in addition to the modern day Monaco Grand Pix race. The Monaco Grand Prix Historique showcases the great cars of the past as a throwback to the early days of modern car racing and in my opinion, is even more fun to watch than the modern day F1 race as you get to see some very neat cars. Usually held the last weekend in May, don’t miss either of these races!

Japan is well known for its tradition of Sumo wrestling. Dating back hundreds of years, Sumo has taken on a number of significances throughout the years ranging from political combat trials, a dance in connection with Shintoism, and on to modern day sports. Visitors from around Japan and the world are drawn to these heavyweight wrestling matches. Every year, six major tournaments are held across Japan. Tokyo hosts two of them, one in January and one in September. The tournaments known as Basho, start on a Sunday every other month and last for 15 days straight. The tournaments in Tokyo are both held in the historic Ryogoku neighborhood. These tournaments are some of the best spectacles in Tokyo and our students love going to them!

Catching the Tour De France in July is really a fun event to watch. One of the world’s most-watched annual sporting events, it draws over a billion viewers from around the world each year. If you have not seen a bike race in person, do it! Racing fans are some of the best fans out there— passionate, always friendly, and just a tad crazy. Pro tip, if you can get out of Nice or Paris for a day, head to the mountains and watch a mountain climb, those are my favorite to watch. Alternatively, you can head to a sleepy village in the countryside, watch the race come through, and then see the sights for the rest of the day. For those in Nice, the route changes every year but often goes through southern France where the route is usually a two to three-hour drive away.

Soccer fan? Go see an A.S. Roma game. They play some great teams and it is always fun to catch in on Italian energy. They play in the Italian A league and sometimes get into the champions league which is fun to watch! I’ve seen tickets for around $30USD. I bring this up on my list of 5 sports to watch around the world because seeing an A.S. Roma game often gets overlooked but is very accessible, low key, and lots of fun! I have recommended this to students who come back loving it!

Tags: Spain, Rome, Paris, Abroad, Tokyo, Nice, Sports
Catch a game abroad!Let's go!
Get the latest on travel, languages and culture in the GO newsletterSign me up