5 things we bet you didn’t know about Beijing 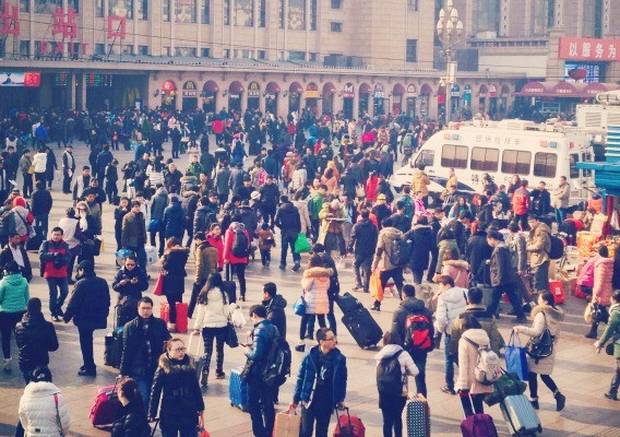 China’s buzzing capital is one of the most populous cities in the world and an exciting city where ancient buildings and funky fashion shops coexist comfortably. Host to the 2008 summer Olympics, Beijing has been riding it’s wave of new-found fame ever since and is a popular destination for history buffs, fashionistas and big city lovers alike. The fabulous food doesn’t hurt either (my all-time favorite duck dish, Peking Duck, is, after all, from Beijing!)

Aside from knowing the two most important phrases in Mandarin Chinese, “xie xie”, meaning “thank you”, and “bu yao” which loosely translates to, “No, I don’t want (your cheap book/t-shirt/Prada bag/Rolex)!”, here are five things that might just surprise you about bustling Beijing and its cultural quirks:

This is a must-know for all first-timers in China! In most public places, including many restaurants, you will not find a regular toilet but a “squat toilet,” which is, for all intents and purposes, just a hole in the ground. It’s actually supposed to be more sanitary than using a regular toilet, but you also have to master squatting and not, *ehem*, peeing on yourself. Am I speaking from personal experience? Maybe! But either way, just remember to BYTP (bring your own toilet paper).

If you’re offered a gift, refuse to take it! At least a couple of times. Why? Because it’s considered polite in China. It shows humility and being grateful. Also, refuse compliments – always! Don’t even say, “Thank you.” You just end up looking vain.

You probably won’t! Eating dog is becoming increasingly unpopular and there is even talk of making eating cats and dogs illegal. Most Chinese people prefer keeping cats and dogs as pets. But don’t worry, you can always go to Beijing’s famous Wangfujing night market to enjoy a selection of other odd foods, from snakes to scorpions and grasshoppers.

4. The Great Wall of China

It’s pretty easy to get to from Beijing as there are several buses that can take you there every day. But, despite a very persistent myth, you can’t see the Great Wall from space! The pictures you can find on Google were taken with professional zoom lens cameras, not the naked eye. It also gets crazy packed there. And I mean crazy. The best section to go to avoid the crowds is at Badaling (although it can get crowded there too.) Oh, and there is also a roller coaster that takes you to the bottom, take it!

During my very first hour in Beijing, I was walking on a busy street with my friend and a mother and her daughter stopped me and asked to take a picture of me. I thought they must have confused me for a Persian princess or Jessica Biel, but it turns out they were just “making hello.” It’s not a scam; Caucasians and other non-Asians are still uncommon in Beijing, and often you’ll be considered so exotic you’re basically one step away from being an alien! If you get stopped, “make hello”, enjoy the casual encounter and embrace your 15 minutes of fame!

Tags: Travel tips, Fun facts, China, Beijing
Learn Chinese in BeijingLearn more
Get the latest on travel, languages and culture in the GO newsletterSign me up