9 of the best destinations to enjoy both city and nature 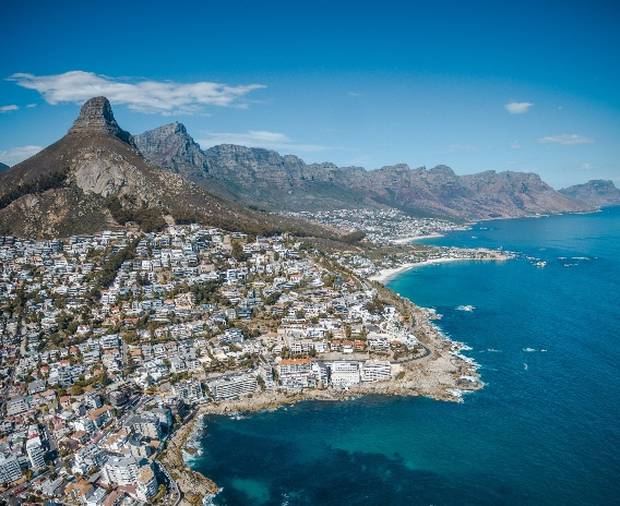 So here’s your travel dilemma: you want to visit a new city because you’re searching for the exhilarating feel of a big, bustling, unknown metropolis. You’ve got brunches on the brain; you’re thinking about bars, galleries, mingling with locals, ‘gramming the architecture, and feeling that subway swoosh. And yet, something’s missing.

It’s because there’s a simple little adage – one that grandparents around the world are known for saying – and it’s scratching at the back of your brain:

“Fresh air will do you good!”

It turns out there’s some scientific basis to this age-old phrase. Fresh air improves digestion, blood pressure, and heart rate; it clears the lungs, sharpens the mind, strengthens the immune system, and boosts happiness.

Fresh air is in reasonably good supply, too, so fulfilling granny’s prophecy isn’t such a hard task – especially if you choose a city with a spectacular sprinkling of nearby nature and the great outdoors.

That city-nature combo is what constitutes the ultimate trip

So, step out in search of that glorious gulp of fresh O2, get a serotonin kick, free your mind a little, feel the earth beneath your toes, and connect with the ‘good stuff’. Our top 9 city-nature combo destinations should do the trick.

Sip coffee in a cozy cafe in the city, surf on one of Costa Rica’s Pacific coast beaches, then trek through a mangrove-fringed wildlife sanctuary – all in one day. Spot crocs, monkeys, dazzling hummingbirds, and ancient leatherback turtles as you basically tick off nearly every tropical animal species on your watch list. You may as well be called the animal-whisperer.

Journey up Table Mountain if you’re a hiking pro and soak up the unreal view of Camps Bay and Clifton Beaches as dusk settles, get a culture-kick on Robben Island, experience a safari, then whip on over to the Cape of Good Hope. I assure you – all your mates on Instagram will be hoping to do the same trip one day.

Singapore is essentially a dream city. Clean, innovative, tech-driven, architecturally resplendent, and brimming with exciting South East Asian culture. Set back from the beautiful marina, you’ll discover the Gardens by the Bay – a majestic man-made natural wonderland of plants, trees and sparkling light shows. Along with Sentosa Island and a dozen other epic nature spots, this one hits different.

Malta often flies under the radar, because everyone’s always talking about Italy, Spain and Greece when it comes to Mediterranean holidays. It’s time you set the record straight. With thousands of years of history and culture, cities like Valletta and Mdina are home to both hip cafes and ancient ruins, while nature spots like the Blue Lagoon and Dingli Cliffs boast unrivaled beauty. Fancy a scuba-dive, anyone?

I know what you’re thinking. San Francisco, really? Hear me out. You’re based in one of the USA’s culture capitals; the birthplace of the Beat Generation and home to world-famous sights like the Golden Gate Bridge and Alcatraz. City vibe: check.

Now, hop on a bus or jump in a car and drive in literally any direction. You’ve got Big Sur and the Pacific Coast Highway to the South-West (look out for hummingbirds, elephant seals, dolphins, and whales), Yosemite National Park to the East (spot bears, majestic waterfalls, Half Dome Village, and the giant El Capitan rock), and jaw-dropping Redwood forests to the North.

Renowned for its welcoming and spirited locals, lively music scene, and plenty of culture, Dublin has got the entertainment part of your trip covered. Branch out a little and you’ll discover why they call Ireland ‘The Emerald Isle’, with stunning rolling green fields, rugged coastlines, and unforgettable nature spots like the Giant’s Causeway and Cliffs of Moher. You’ll basically return home green.

You ain’t going to visit a better destination for spotting orca, grey, minke, and humpback whales than Vancouver Island. Join organized boat excursions to see the giant beauties, go kayaking, hike through British Columbia, then head into the city for dinner and a music event. Ah, the places you’ll go. Seriously, what more could you want?

Australia’s most famous destination, Sydney is known for its buzzing energy. From sushi joints to rooftop bars, artisanal coffee shops to iconic buildings like the Opera House, this city has you gesturing a wide-eyed ‘wow!’ on the reg. Explore nature on trips to classic Bondi Beach, North Head National Park, the Royal Botanic Garden, and beyond. Don’t forget, the Blue Mountains (so named because of the blue tinted haze given off by millions of eucalyptus trees) are also right on your doorstep.

Hawaii is a unique island – it’s home to 1.5 million inhabitants just getting on with their business in the middle of the Pacific Ocean, 2000 miles away from the rest of the USA. There’s a whole host of stellar reasons to pay Honolulu (the state’s capital) a visit. The name Honolulu means “calm port”, which makes sense because the locals have a reputation for having a friendly, laid-back demeanour. Picture a safe, bustling city enclosed by tropical jungle, pristine beaches, and live volcanoes. It’s basically like living in a real-life version of Jurassic Park (minus the dinos).