To Chopstick or Not? Chinese Customs Made Easy 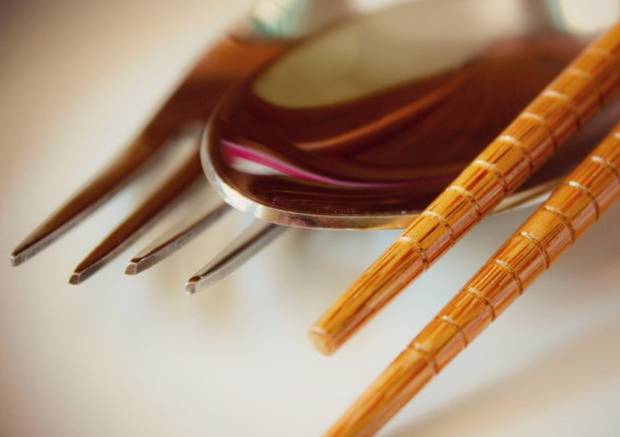 Everything is different in China, which is exactly why it’s such an exciting place to visit. In order to lessen the effect of the culture shock, we collected some tips to help you adjust to everyday life in the world’s most populous country.

Learn how to eat with chopsticks. Then, make sure you never stick your chopsticks in your rice standing up – it symbolizes death. And as tempting as it may be, do not play drums with your chopsticks and never lick them. When you are done eating, place them flat on the table or on the chopstick rest.

The concept of “losing face”

Speaking of sticking out. Chinese culture is all about belonging and playing along is crucial: Do not embarrass, criticize or even humiliate someone in front of other people as this will cause them to “lose face” – to lose self-respect and social status. Chinese people will rarely admit to a mistake in public and they’ll do anything to avoid confrontation. Even when they are angry or frustrated, they stay calm, keep their voice down and smile. Expect a lot of massaging of the truth and being vague and indirect when faced with an uncomfortable situation.

Numbers have a lot of significance in China. The number eight, which sounds similar to the word “prosper”, signifies success, wealth and social status. The opening ceremony of the Summer Olympics in Beijing started on August 8, 2008 at 8:08:08 pm and people pay good money for license plates or phone number that contain a lot of eights. The number four on the other hand is the Chinese version of the Western 13 – it’s bad. The Chinese word for four sounds very similar to the word “death”, so it’s understandable that some buildings don’t have a fourth floor.

In China, red is the color for happiness, enthusiasm and good fortune. Newlyweds often receive gifts in red envelopes, and you’ll see a lot of red lanterns during Chinese New Year. Even though green symbolizes life, peace and vitality, you should never wear a green hat: This means that your spouse is cheating on you. Yellow is associated with royalty and freedom from worldly cares. However, be aware that “yellow movies “ refer to films with adult content. Contrary to Western cultures, white is used for funerals and mourning so gifts should not be wrapped in white. Black is the king of colors – the color of royalty symbolizes power, knowledge and righteousness. However, putting a black frame around a photo means that the person is dead.

Never touch people (including children) on their head – the head is considered sacred and it’s a sign of disrespect to touch it. Don’t blow your nose in front of others, especially not during meals. Always give and receive gifts with both hands. Always leave a little bit of food on your plate and always be aware of spitting and littering – even though it’s frowned upon, it still happens.

Tags: Culture, China, Chinese
Learn Chinese in ChinaLearn more
Get the latest on travel, languages and culture in the GO newsletterSign me up