Coffee around the world: What to order where 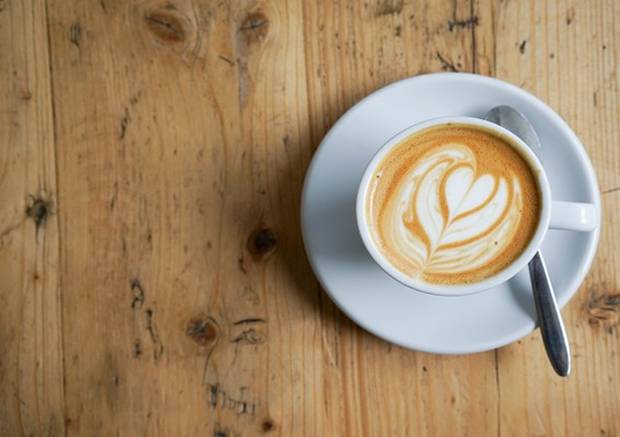 The best days start with a steaming mug of coffee. Or in an exciting new city or country. Thankfully, coffee of all sizes and varieties has taken the world by storm, and you’ll find the delicious stuff everywhere, which (theoretically) ensures that you’ll have amazing days no matter where you are. With so many blends, roasts, and milk-based preferences, it can be tricky to pick your vice – but that’s where our “world guide to living a coffee-faux-pas-free life” comes in.

Even the name of the favorite caffeinated drink of the City of Love sounds elegant and romantic. No matter how much sightseeing you have left to do, schedule yourself a leisurely afternoon with enough time to relax with a café au lait. (It’s coffee with milk, but that doesn’t sound particularly romantic, does it?) Saunter down a charming and picturesque cobbled side street in the French capital, and settle down in a similarly Instagram-able tiny coffee shop for un café. Pair it with colorful macaroons or treat yourself to a delicious pastry for being so gosh darn cultural.

The Emerald City is the home of the original Starbucks. Just think, without Seattle one of your greatest obsessions would never have become such an embarrassingly big part of your life. How would you survive each fall without pumpkin spiced lattes? What would you Instagram? Oh, the horror. But don’t think about ordering anything fancy now – you’re here to pay homage to the iconic green (and originally brown) logo, so trust the charming baristas (even if they spell your name wrong), and settle down with a steaming mug of whichever new blend they are keen to share with you this month.

There are a lot of hip and trendy coffee places showing up in Barcelona, which is helpful when you need to take a break from sightseeing. Plus, who doesn’t live caffeinated people-watching? The go-to coffee you have to try is a tallat, which is the Barcelonian version of a cortado, aka a shot of espresso with a splash of steamed milk. You’ll only get about a finger’s width of milk, so if you prefer a creamier coffee experience, order a café con leche, which will bring you a cup filled with as much milk as espresso.

They say the best things in life are fresh. Or was that free? Either way, Costa Rica is the place to sample coffee as fresh as it can be. Hit as many leafy green coffee plantations as possible to sample the sweet brown nectar of beans grown just feet away. The coffee produced and exported here is adored around the world, so just imagine how much better it tastes when it’s freshly harvested, roasted and ground nearby.

Convinced you’re a coffee connoisseur? Think you know your fresh ground from your filter, your Arabica from your Robusta? Well, there’s one particular type of coffee that must cross your palette before you make yourself a crown, dance around and proclaim yourself the king of coffee – Kopi Luwak. Hailing from the jungly coffee plants of Indonesia and Malaysia, Kopi Luwak is rich and aromatic, but it lacks the bitterness of most blends. It’s all down to the processing of the beans, you see, as they are partially digested (aka eaten and pooped out) by a jungle cat first. That’s fun, isn’t it? (In case cat-digested coffee doesn’t sound appealing, we can highly recommend teh tarik – pulled tea, which is a delight to watch being prepared. Not only because there’s no poo involved.)

Why? Because Instagram and because Iced Caramel Frappuccinos are utterly addictive. How much more explanation do you really need? Let the combination of sugar and coffee, two heavenly substances on their own, come together in perfect harmony to cool you down on a sweltering summer’s day in New York. Add some whipped cream and prepare to pose, snap and share. #Simple.

There’s something strangely satisfying about drinking a strong shot of coffee from a really tiny china cup. Especially if that espresso is enjoyed from a chair in the sun outside a quaint café that has spilled out into the road, mingling with passersby in the Eternal City. It’s just a quick stop between sightseeing, though, a hit of caffeine after touring the Colosseum before making the journey through the heat to the Vatican City. Ah, la vita è bella.

The top pick for coffee in Tokyo is just like the city itself – weird and wacky, yet undeniably wonderful. In fact, it’s not even coffee at all. The green tea latte goes against everything most coffee drinkers believe in:  – rather than filling a mug with coffee, ground up green tea leaves are blended with milk and arrive a violently suspicious shade of green. But there’s one very important reason why the residents of Tokyo are obsessed with it (spoiler alert!): It’s actually delicious.

In London, you’ve go to dash – the sales in the shops of Oxford Street wait for no man. Or you’re late to catch a tube to your next class. Whatever your reason, everyone in the British capital seems to be in a rush. You’ll need caffeine to keep up with the fast-paced footwork of the daily commuters and the gaggles of tourists, so the humble Americano will do: Black, of course, because nobody here has time to waste on milk.

This may come as a surprise, but the Aussies don’t actually spend every day of their lives drinking cans of Foster’s beer, they’re actually super into their coffee. (Actually, they don’t drink Foster’s at all, but that’s another story.) Even though Sydney boasts enviably warm average temperatures throughout the year, a hot cup of coffee still makes its way onto most people’s daily agenda. Order yourself a no-fuss flat white to start the day the Australian way – one or two shots of espresso and some steamed milk. No syrups, no distraction.

Tags: Culture, Food, Coffee
Order Café au Lait in Paris!Learn more
Get the latest on travel, languages and culture in the GO newsletterSign me up