The 7 most unexpectedly awesome places to surf 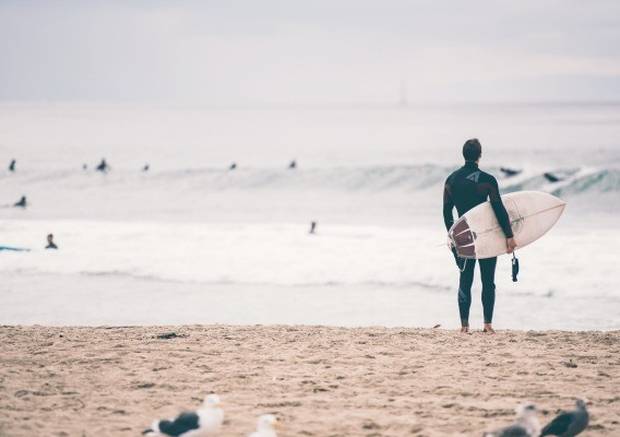 When most people think about surfing they think of spots like Hawaii, Costa Rica, Bali and Southern California, but with surfing’s booming popularity and the birth of cold water wetsuits, surfable waves are being found all over the world.

As a passionate surfer I’ve done my fair share of research and surf-related travel, and beyond the obvious spots, there are actually loads of exciting and unexpectedly awesome places to ride the waves.

The hottest new surf spot in Europe is actually pretty chilly, but who needs warm water, right? Located just three hours from Dublin, Bundoran attracts people from all over the world who want to try their luck in the frigid North Atlantic surf. Don’t let the cold water temperatures scare you, with a 6/5mm or 5/4mm wetsuit and booties rented from the local shop, you’ll be all set to explore Bundoran’s uncrowded beach breaks without freezing.

Most delicious post-surf snack: A New York slice (of pizza)

When you think Norway, you normally think of red-painted houses and breathtaking fjords; you don’t necessarily think of surf. Hoddevik plans to turn that assumption on its head by becoming the first Scandinavian surf paradise. Located on the west coast and nestled between towering mountains, Hoddevik’s beach-side camping, fresh seafood, and good waves make this the perfect place for beginners who aren’t afraid to brave the cold water.

Not all surfing requires salt water. Munich is a plane flight away from the nearest ocean but it has become the metropolitan mecca of river surfing. The city has three standing river waves: the Eisbach at Haus der Kunst, Floßlände in Thalkirchen and River Isar at Wittelsbacherbrücke. The Eisbach runs along the edge of the city’s English Garden and is the most popular. Be prepared to have an audience though; each wave draws crowds for both the surfing and the crashes.

Better known for hippies and tech nerds, San Francisco emerges from its thick fog as a surf standout. With chilly water temperatures and a “sharky” reputation, San Francisco is less crowded than Los Angeles or San Diego but can be just as good. Pacifica, located 24km south of the city, has a protected cove that delivers fun summer surf for longboarders and beginners, while Ocean Beach, on the city’s west side, has a challenging beach break for experienced surfers.

Most delicious post-surf snack: Green juice and dumplings in Chinatown

The world’s largest city may seem like an unlikely place to find surf culture, but in reality, there are some seriously great surf spots that can be easily accessed from the city via public transportation. The most popular and highest quality surf can be found in the Chiba Prefecture. Onjuku is a popular spot for beginners and intermediate surfers, offering plenty of places to rent boards and wetsuits. Just remember, surfing in Japan is as much about the waves as it is about the experience, so don’t forget to talk to the locals, they’re known to be some of the friendliest in the world!

Maybe King Arthur and the Knights of the Round Table would have been surfers if they had paid more attention to how good the waves were. Known for mythical Camelot, the Cornwall coast is just three hours from Bristol’s artsy city center and has surf options for every level. If you are looking for beginner waves, Bournemouth is the perfect spot. Those with more experience should head to Newquay, which picks up both big North Atlantic winter swells and consistent waves through the spring and summer.

Tags: Travel tips, Sports, Surfing
Surf and Spanish in Tamarindo with usLearn more
Get the latest on travel, languages and culture in the GO newsletterSign me up