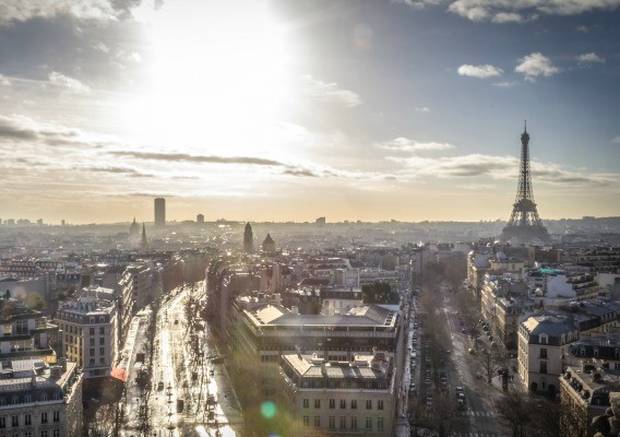 If you are a university student, spending one or two semesters abroad has a whole lot of advantages – you can polish your language skills, get international experience and make friends from all around the world. Time abroad will not only boost the number of Facebook friends you have, but will undoubtedly also raise your self-confidence and increase those all-important job opportunities in the future.

Picking the perfect destination where you can broaden your horizons, advance your career and experience awesome adventures can be tricky. But there’s a list for that. How about the following destinations?

Paris is not only the city of love, but also the city of academic excellence. The French capital is the place to be for students; it has world-class universities, excellent teachers, small classes and low tuition fees, so it’s pretty much cloud number nine for students from near and far. Paris also ranks high on quality of living and the fact that you basically live in a postcard, makes it even more worthwhile.

When in Paris, remember to… stroll through Marais and explore every little street in one of Paris’ most charming neighborhoods. Beautifully buttery croissants, cheap and delicious falafels and creamy cafe au lait’s abound.

If you prefer to snack on scones instead of croissants, London is calling your name. It’s a tad more expensive than Paris but students from all over the world travel to London each year and enjoy everything the British capital has to offer: top academic institutions, excellent libraries and loads of job opportunities, especially in the financial and media sectors. And of course, London’s unmatched influence on pretty much everything.

When in London, remember to… linger in one of Little Venice‘s cute and affordable cafes and walk along the canals admiring the cozier than cozy house boats (dream of your own yet?) and soaking up the quiet atmosphere in one of London’s most beautiful residential areas. Feel like heading to a zen park instead? How about Kyoto Gardens in Holland Park – a hidden gem we’re in love with, tucked away in beautiful West London?

For students who like the hustle and bustle of city life, but also want to be able to visit the paradise islands just around the corner from this Southeast Asian gem, Singapore is the place to go. Although the cost of living in the city-state is quite high, Singapore continues to be very popular with students: graduates from all the high-ranking educational institutions are sought-after by international employers.

When in Singapore, remember to… spend your day eating your way through the city, and make sure to start with a killer breakfast. Food is one of the best things this awesome city has to offer. And it’s cheap too.

Sydney combines the best of all the previous places: A postcard-worthy skyline, famous sights, green spaces, beaches, and of course, world-class higher education institutions. The student population is incredibly diverse and vibrant – the city attracts one of the highest number of international students in the world. And to put the cherry on the cake: The University of Sydney’s main campus is among the top 10 most beautiful universities in the world.

When in Sydney, remember to… enjoy a chilled day on Shark Island; bring along a picnic and spend the day admiring the Sydney Harbor view. Don’t forget sunscreen!

Zurich is not only home to the ETH, the highest ranked university in continental Europe, but also draws students by being one of the most liveable cities in the world. It’s clean, safe, and surrounded by a breathtaking scenery (mountains, lakes; you name it). The universities also have relatively low tuition fees – compared to the high cost of living that is typical for Switzerland.

When in Zurich, remember to… spend a sunny summer day on a pedalo on the pristine and beautifully clean Lake Zurich. Pedalo rentals are cheap and there are rentals spots all along the shoreline. Bring along a drink and a St.Galler bratwurst – a quintessentially Swiss snack.

Melbourne is Australia’s cultural capital and beloved by students from all over the world. Just as its fellow fifth place city, Melbourne is one of the most liveable cities on Planet Earth and offers students copious alternatives to get a break from studying at the city’s excellent universities: Beaches, nightlife, sports, and an influential arts community.

When in Melbourne, remember to… play a round of ping pong and tuck into some yummy food at Grubby Food Van, a Melbourne hidden gem. The decor is funky too so you might just end up spending a whole, lazy afternoon there.