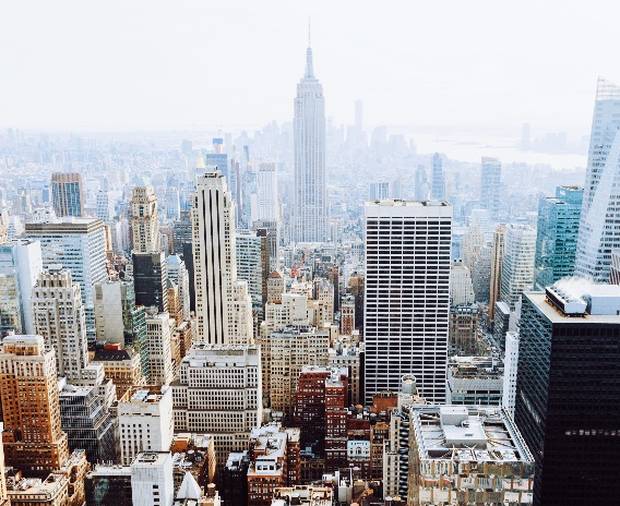 Think you know everything you need to about some of the world’s coolest cities? Think again! These exciting and bustling metropolis’ have centuries – thousands of years, even – of interesting history behind them, making each home to plenty of fascinating facts that will make for great conversation starters at that next dinner or drinks out with travel-loving friends.

Until the 1920s, May 1st was ‘Moving Day’ in New York City. If you were going to move apartment that year, you’d wait until that date and everyone was swapped homes in one go. As the city grew and grew, the tradition which stretched back to colonial times began to die out because Moving Day became too big and too chaotic – streets were blocked with horse-drawn moving wagons! Thankfully New Yorkers can (and do) move on any day of the year now.

London black cab drivers (cabbies) must study street names and local maps for up to four years and pass several exams to be certified with ‘The Knowledge’. Only then, are they licensed to get behind the wheel of one of the world’s most iconic taxis. Here sat-navs are a beacon of shame; cabbies are expected to learn around 320 popular routes through 25,000 streets, memorizing 20,000 landmarks and popular spots off by heart, to navigate London’s neighborhoods map-free.

Boasting at least 170 museums, the bustling German capital has more museums than rainy days. From the Museum Island, to an array of diverse and quirky experiences, including the intense Topography of Terror, the Spy Museum, and the DDR Museum in which visitors can experience life in historic Germany under communism and even the jovial currywurst (curried sausage) museum, there’s something here for everyone.

Tokyo’s underground and train networks are extensive – and super busy! During the rush hours, Oshiya (AKA: the ‘pushers’) are employed to literally push people into the trains when stations are at their busiest. So when you’re visiting Japan’s capital city, it is best to try to travel at off-peak times…

When it was first erected in 1923, the iconic Hollywood Sign originally read ‘HOLLYWOODLAND’ and was an advert for a new area of housing being built on the hills above LA’s Hollywood district. In 1949, the Los Angeles Parks and Recreation department tried to have the whole sign demolished, but the city voted against it and instead just the ‘LAND’ was removed, making the remaining nine huge letters the iconic sight that they are today.

Seoul is a global hub for tech and innovation, and the country is reported to have the fastest average internet speed in the world! Boasting up to 26.1 megabits per second for broadband, South Korea also claims the best 4G availability on the planet – get ready to fill your Instagram feed, here you can expect a signal 95% of the time!

The Sagrada Familia, one of Barcelona’s most well-known and beautiful landmarks, has taken longer to build than the Great Pyramid of Giza in Egypt. Designed by Gaudí and a listed UNESCO World Heritage Site, construction started on the church in 1882. Currently, it is estimated that the building will be finally finished in 2026, making it one of the longest-running architectural projects in the world.

Spectacular South Africa is well known for its world-class safari experiences. Even Cape Town’s 2,000 resident African penguins, many of which can be seen at Boulder Beach, are popular with visitors. But these penguins, now a staple in any travel guide, have only been on the mainland in the last 30-40 years, and it’s because human over-fishing of sardine stocks in the 1960-70’s left them without enough food in their traditional breeding sites.

Lisbon is actually one of the oldest cities in the world. First settled in around 1200 BC, it’s the second oldest European capital after Athens, is at least four hundred years older than even Rome. Its long history which has shaped the city that we see today – including a huge rebuild after nearly all of it was destroyed in a huge earthquake in 1755.

When China opened its high-speed rail link between Shanghai and Beijing, two of the country’s largest and most important cities for finance, business and politics, the train carriage attendants were trained to smile showing exactly eight teeth while at work on board. Something which required a lot of practice, with some even admitting to having used chopsticks to hold their jaws in the right position whilst learning!