7 tips on how to deal with culture shock 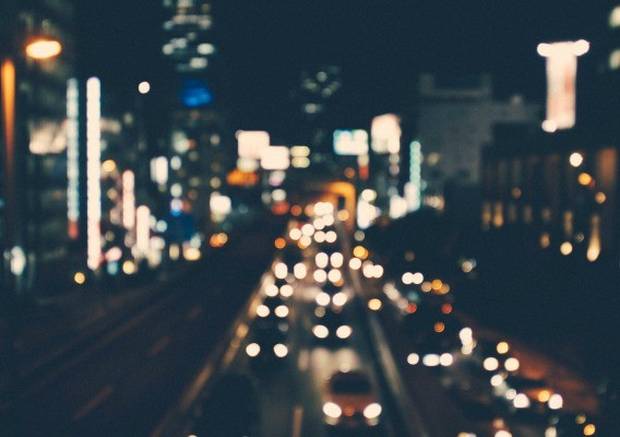 Exploring a new culture is one of the most rewarding yet challenging aspects of spending time abroad. As exciting as a new destination can be, it can take time to feel at home after leaving the familiar behind. And while culture shock, as it is known, might suck at first, it is something every traveler experiences in one form or another – even the travel savvy superstars at EF HQ! This is why I chatted with some of my colleagues to hear their wide-ranging experiences of culture shock and how they learned to love it. From Central American buses and Asian cuisine to German dating misunderstandings and British accents, these are their wisest, wittiest and most honest takeaways…

Juan: Colombia to the UK

I’m originally from Colombia, but I moved to a traditional British village in northern England. In the beginning, adjusting to the weather was quite a challenge – as was understanding the regional accents! However, I soon picked up local phrases (northerners say ta instead of thanks and ta-ra for goodbye) and made great British friends.

Juan’s advice: Embrace the differences. I learned to appreciate the weather as it kept the amazing landscapes of the Peak District, which I loved exploring, so colorful and vibrant. Looking back, it was amazing to live somewhere that was ‘off the beaten path’ as it allowed me to experience authentic British culture. Ta-ra!

As someone who enjoys diving into local delicacies when I travel, I was looking forward to exploring the restaurants of my new home city, Shanghai. On the second day, I gathered a couple of new friends (and courage) and headed to a traditional Chinese restaurant. None of us spoke Mandarin, and none of the staff spoke English – it was a recipe for disaster. Thankfully, there were pictures of dishes on the wall, so we tried to order by pointing, while the waitress did her best to explain what each dish contained by miming the ingredients. For one dish, she moved her arms up-and-down, and we all thought, “Oh, chicken. We’ll take that one!” A while later, we saw her walk through the restaurant with a couple of frogs – we felt sorry for whoever was eating that. Surprise, surprise – it was us!

Ruben’s advice: Learn the local lingo. We definitely all learned how to say chicken (鸡) and frog (青蛙) in Mandarin that night, and I recommend learning at least some basic words and phrases in the language of the country you visit.

At 17 years old, I decided I needed a break from routine. Plus, I wanted to learn Spanish. And that’s how a few months later, I found myself sitting on a plane to Panama.
In retrospect, ‘culture shock’ doesn’t even begin to describe this  journey. Life was just so different in the rural town of Penonomé. Even getting from one place to another – like from the city center to neighboring towns – was an adventure. Mind you, the buses were fickle – they would stop on a whim. It was customary to wait on the side of the road, hoping that one of those little speedsters would screech to a halt. The first time I found myself on one of those buses, I noticed that my fellow bus riders would just yell “Stop!” when they wanted the bus to slow down and let them off. As a Swiss, who was used to detailed timetables and well-defined stops, I was shocked, but it definitely made for a spicier ride!

Florence’s advice: There are many, many ways to do something. This was just one instance of ‘culture shock’ that made my travel experience so eye-opening, and it challenged my perceptions and stretched my imagination. Ultimately, it made me a better, stronger, and wiser person.

Public transport that we know in Europe just doesn’t exist in Peru, where I lived for a year. Taxis are often the only solution, but hailing one is just the first step in your commute. After that, the negotiation process begins. This is where you need to confirm that the driver actually knows his way to the destination, is willing to take you there and, importantly, agree on a fixed price. After a few weeks of practicing Spanish taxi negotiation dialogue, I managed to avoid paying a tourist price and negotiated down to what local Peruvians pay.

Kasia’s advice: Do as the locals do. I learned not only how to negotiate, which is a very useful skill when you travel, but also honed my Spanish skills.

Back in February 2014, I boarded a flight to Bengaluru, India. Just thinking about moving to a city of millions of people equally thrilled and scared me, but now, almost two years later, I know that taking on this adventure has been one of the best, most rewarding decisions of my life.
India is a huge country, so the cultural diversity found across the nation can cause your jaw to drop – as does the stunning array of landscapes on display. Because of the nation’s diversity, it’s been vital to have an open and respectful mind for the wide range of traditions and people I have encountered. Such an approach has been essential in getting the most out of this experience and also in helping me understand traditional events like arranged marriages, which can be attended by tens of thousands of people.

Matic’s advice: Be willing to step out of your comfort zone. Before moving, my biggest fear was how I would adjust to the food and spices. For the first three months, I tried dishes my taste buds had never sampled! Now, when I travel back to Europe, I start craving Indian food after just a couple of days.

Cultural awareness is essential if you plan to work abroad, travel or interact with people from other countries. Being aware of cultural norms can mark the difference between being viewed as impolite or someone who respects other cultures. It will also help you to become fully immersed in your new culture and help you enjoy the experience to the fullest.
I’ve been lucky enough to live in several nations and have been surprised how personal distance and greetings vary from country to country. I found myself giving two kisses to German friends and see them blush, surprised by my outgoing style. While in Spain, giving handshakes is considered very formal, especially when you are a girl. Personal distance, whether it’s standing too close or too far away, can also lead to misunderstandings. I remember once when I was talking with a classmate in Germany and most people in the class thought we were dating – just because I was standing close to him!

Lidia’s advice: Learn to read people’s body language. I started to pay close attention to what my local friends would do. During the first seconds of meeting someone, I would smile, count to three, await their reaction or just go ahead with my intuition.

Isabelle: Switzerland to the USA

I’m not going to lie, I experienced quite the culture shock when I moved to the American Midwest. I was most amazed by the size of everything – from cars to food portions and shopping malls. I also wasn’t ready to be in such a religious environment, paired with people’s love for guns and – what I often experienced as a rather narrow-minded way of thinking.

Isabelle’s advice: Stop questioning everything. In the beginning, I challenged everything “they” did, but eventually, I met some lovely people and learned to go with the flow. Just because I don’t agree with someone doesn’t mean their point of view is automatically wrong and has no value. Listening to other, often very different opinions helped me become more diplomatic and critical. And I learned that you should never ever talk about politics at a shooting range. #lifelesson

Tags: Culture, Culture shock
Plan your next adventure:Learn more
Get the latest on travel, languages and culture in the GO newsletterSign me up