The 8 best spring traditions around the world 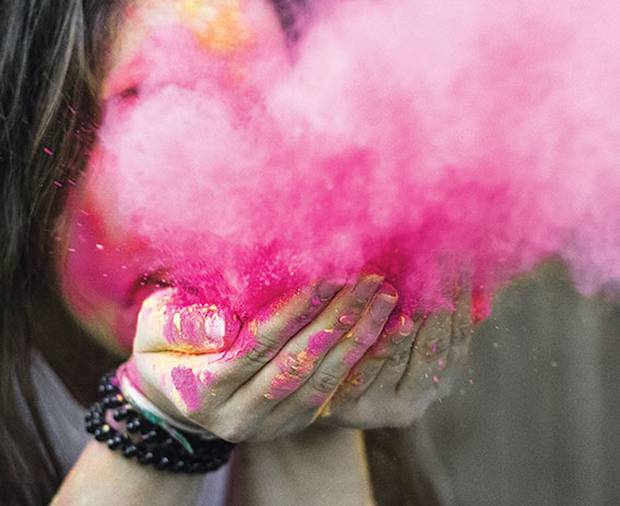 As spring surfaces to drive out the last gloomy traces of winter, we can finally start to look forward to sunnier days. Part of the beauty of spring’s arrival is how differently it’s celebrated around the world. Every country has its own unique way of welcoming the new season, be it through a festival, parade, or communal meal.

Curious as to how exactly these festivities go down? We’ve got you covered. Dive into all things spring and learn about some of our favorite spring traditions from around the world.

This annual festival takes place shortly after the spring equinox. Songkran stems from the Sanskrit word for “astrological passage” and is celebrated within Thailand as New Year’s Day. Festivities involve going to a Buddhist monastery, visiting elders, and, of course, throwing water. The northern capital of Chiang Mai is the setting for the biggest celebrations, with festivities lasting up to six days. Locals and tourists alike take to the streets, equipped with cannon-sized water guns, pressure hoses and buckets, ready to drench anyone in their path. Children, adults, and the elderly take part in the tradition, dancing in the streets to loud music.

Believed to have started in 1814, the White House Easter Egg Roll takes place on Easter Monday every year. For this fun tradition, children gather in Washington D.C. on the White House lawn to roll eggs across the grass with wooden spoons, competing to see who can cross the finish line first. Kids taking part in the competition can win Easter eggs and small prizes, so, with the promise of sweet treats fresh in their minds, morale is usually sky-high. The festivities are overlooked by the US President and their family as well as a giant Easter bunny. With everyone in good spirits and colorful decorations peeking out from every corner, the event is a an annual highlight.

Undoubtedly one of the most colorful festivals in the world, Holi is celebrated by Hindus across Northern India. It involves throwing colored powder at one another, which pays tribute to the many hues of the spring season as well as events from Hindu mythology. Usually lasting a full day and night, the festival is a gloriously colorful and happy celebration of the end of winter and the spring growing season. It can, however, get quite crazy, so doing your homework before attending is advisable!

Nowruz means No (new) and rouz (day). Celebrated as the first day of the first month of the Iranian calendar and coinciding with the spring equinox (usually around March 21st), this “new day” symbolizes new life, new beginnings, and the rebirth of nature. While it differs country to country, the multi-day celebration often starts with people cleaning their homes but quickly escalates into a multi-day festival of bonfires, costumes, and family remembrance, until the 13th day of the New Year when everybody leaves their homes and joins friends and family members outside for music, dancing, and food in the cities’ public spaces.

Every year, during the second bank holiday weekend, the Gloucester cheese-rolling takes place on Cooper’s Hill. Located just an hour by car from Bristol, the innocuous-sounding event is, in fact, a lot more dangerous than the name would lead you to believe. A wheel of cheese is thrown down the (very) steep hill and one second later competitors throw themselves down after it. The first one to cross the finish line wins. Bruises, bloodied knees, and broken bones aren’t uncommon side-effects of this intense tradition. A slightly rougher way to welcome Spring, but the 200-year-old tradition is proudly upheld by the community, attracting both old and new competitors every year.

Cimburijada, which translates to “Festival of Scrambled Eggs,” celebrates the first day of spring in the Bosnian town of Zenica. At the crack of dawn, people gather by the banks of the Bosna river, where a communal meal of of scrambled eggs is prepared. Together, people share their breakfast eggs with friends, families, and visitors while drinking and listening to music together to mark the first day of spring.

Each year, thousands of people, traditionally dressed in white, gather at the enormous Teotihuacán Pyramid, located around 30 miles northeast of Mexico City, to celebrate the spring equinox. Taking place on either the 20th or 21st of March annually, many celebrants use the morning to climb the 360 steps to the top of the Pyramid to get closer to portals of energy. By raising their arms towards the sky and basking in the sun’s warmth, they “soak up” energy for the year.

Floriade first began in 1988, when parks manager Peter Sutton and landscape designer Chris Slotemaker De Bruine conceptualized a proposal for a grand floral display in celebration of Australia’s bicentenary and Canberra’s 75th birthday. The result was a beautiful, exotic floral display, which was so wholeheartedly embraced by the local community, that it became an annual celebration of Spring in the country. Each year, hundreds of thousands of people travel from neighboring Sydney and Brisbane to see more than a million flowers bloom in this month-long festival of color, music, and horticulture.

Tags: Culture, Culture calling, New Years, Traditions
It's not to late to plan a spring break adventure.Book now
Get the latest on travel, languages and culture in the GO newsletterSign me up