Career Q&A: How to find a career that makes you happy 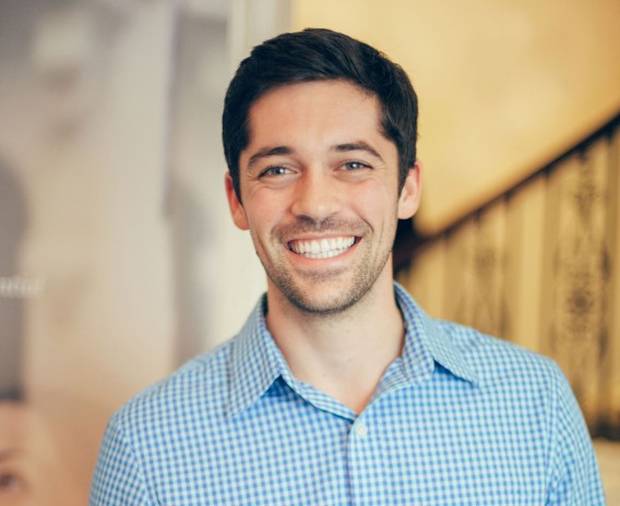 This Q&A is part of a special series of interviews with successful, internationally-minded professionals and career gurus, and centered around the Career Beyond Borders seminars to be held in London, Singapore, New York and San Francisco in 2015-16.

Escape the City helps people build careers and businesses on their own terms – by offering strategies and tools to escape the career hamster wheel a lot of people feel stuck in. Through communities and three-month programs, so-called Tribes, Escape brings people together and help them make big career changes, test their business ideas, and support them in founding startups. Matt Trinetti works on the curricula for the tribes, especially the Escape Tribe that helps people escape their current careers to find more fulfilling work.
Matt presented Escape the City at Careers Beyond Borders in London, and we talked to him about careers, international experience, and how traveling can transform lives.

Matt, you are from the U.S., and now you’re working in London. How did this happen?

I studied engineering in the US, and after graduation, I started working as a consultant for IBM in Chicago because it was a good job, and it felt like the logical next step: A lot of my peers went into consulting and joined the corporate world. About five years in, I realized that I didn’t want to go down this path any longer. I felt like there is other work that I could be doing, but I had no idea where to start. I began exploring different options on the side, on weekends or in the evenings, but at some point I realized that I needed to take some time off, and I ended up getting a sabbatical from my job at IBM. I wanted to give myself the permission to explore more in depth all of the things I might be interested in – a journey that took seven months. I traveled around northern and Eastern Europe, started writing, blogging and took up photography. On that trip, I passed through London, specifically to meet the guys who started Escape the City, a website I subscribed to. This meeting started a friendship, and in 2014, they were looking at launching a school to do more educational stuff; they asked if I wanted to come over and help them do it – the rest is history.

What’s the biggest challenge people face when trying to escape****?

Making a complete career change is very complex because you’re basically questioning your whole identity – including everything that matters to you and whom you spend your time with. I would probably say that the all-encompassing difficulty is that people often think that it’s going to be much easier than it really is. Most people think that making a career transition just means to set a goal and make like a ten-step plan to make it happen. But it’s much more complex than that, it involves a lot of experimentation, and is a much longer journey than people want it to be. The other challenging thing is that it’s really difficult to go at it alone. That’s where Escape comes in, we give people a space to gather and bring them together because it’s a very lonely journey when you feel that everyone around you is fine and all of your colleagues seem to be enjoying their work while you feel conflicted and discontent.

Do you have a favorite success story?

We hear amazing stories every day, so I don’t really have a favorite, but I just learned about a girl who was part of a tribe in September, and she had applied for a job with a company she really wanted to work for, but she didn’t get the job at first. She decided to help that company on a project part time and for free to demonstrate her value and potential. The company loved working with her so much that they ended up offering her a position later on. If she had just given up after she was rejected, she would have never ended up with the company she really wanted to to work for. I love such stories: I think it’s how you handle challenging situations and rejections that sets you apart from your competitors.

You traveled a lot. How has traveling the world transformed your life?

I’m really into the idea to use travel as a vehicle for growth and self-exploration. So when I went to new places and met different people, I would begin to recognize the way people would respond to me because of how I would approach them or how I would act – the world became like a mirror. I learned a lot about myself through those interactions but also through being alone. I tried to meet as many locals as I could and mingle with people who lived in the places I traveled to, which resulted in a lot of friendships with people from all over the world. I learned so much about the world, which really opened my eyes and challenged my perspectives and beliefs: Meeting different people and having these experiences really taught me to not just have one lens to look through at the world – there wasn’t just black and white or right or wrong anymore, but so much in between. These experiences seemed little at the time, but they made a big difference in my life.

What advice would you give young people who are looking for a job?

One of the biggest career myths is that you graduate from university, choose a direction and a job, and then you’re set and just go down that path. Based on everything I’ve experienced myself and learned through the Tribes at Escape, reality is rarely like that and careers are much more complex. What matters to you will change, and the world is changing dramatically as well – jobs that weren’t around a few years ago now exist. If you don’t know what you want to be when you grow up, don’t beat yourself up over it. Very few people actually know what they want to be when they grow up. Use this period of your life when you graduate or when you pick your career to experiment and learn more about yourself, what you can offer the world, and how you can align who you are with what you do. So maybe it’s about patience and trying to understand that it’s ok to be unsure – it’s all part of the journey.

What are the characteristics of a fulfilling career?

It’s a combination of things: you have to believe in what you’re doing, and it has to matter to you. The work you’re doing needs to have a purpose and positive impact – not necessarily on the whole world, what you do could also impact one person. You shouldn’t have to sacrifice your life for the job you do. I know people talk about work-life balance a lot, but I think it’s more about doing work that isn’t hurting you and the way you live your life. I think autonomy and freedom are also important, work is no longer a place but a thing you do: If you think that you have to be somewhere for x amount of time just to show your face, that usually leads to dissatisfaction. Last but not least, it’s important to get compensated for the work, so you don’t feel like you’re struggling to make ends meet and don’t have to worry about buying food or paying bills.

What’s the importance of having international experience in today’s working world?

I think it’s so important to have international experience. Even though we’re more connected than we’ve ever been, there’s no substitute for being physically in a place. This brings me back to perspective: When you go to a place where you’ve never been, you meet people who think differently and you start to reexamine the world and realize that there’s many shades of gray. That change in perspective and having the aspect of diversity of thoughts, beliefs, and culture are so important and give you a new appreciation for your fellow humans around the world – which is crucial, as we’ll increasingly have to interact with people from around the world in our personal and professional life.

Tags: Career advice, Job
Prepare for your global future by learning a languageLearn more
Get the latest on travel, languages and culture in the GO newsletterSign me up