Learning one of these languages will benefit your career 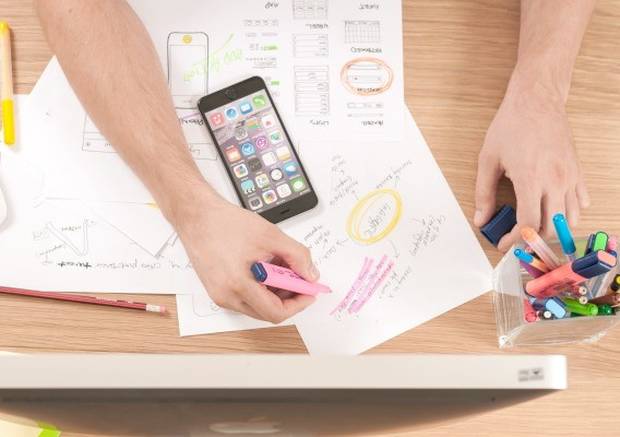 Language skills can be the career gift that keeps on giving: Being able to speak, explain, and negotiate in another language makes you more employable, increases your confidence, and can lead to a higher salary. If you gain your language proficiency by studying abroad, you’ll also come equipped with loads of soft skills: the people and management skills that employers look for. Long story short: Knowing another language (and anther culture) will benefit your personal and professional life, no matter the country or the industry you’re working in.

You have two choices: You can learn a language that a lot of people speak, like English, and pick from a plethora of different jobs and countries where you can use your expertise. In this case, you might have a lot of competition and you need to find an angle that makes you special. Or, you focus on a less common language, which might be more risky and difficult but can (literally) pay off because you can truly stand out with a specific skill set that not a lot of other people have.

There’s no right or wrong answer when deciding if you want to become fluent in Spanish or Icelandic – the most important step is that you learn another language, preferably one that interests you so you stay curious and engaged. Even though there are no rules when it comes to picking your language, there are certain fields where one language might be more useful than the other:

This is the global lingua franca. If you want to work abroad, you don’t have to speak English, but it’s probably a very good idea if you do – no matter what career you pursue. It’s also an important language in the academic environment and can give you access to universities, knowledge, and education options around the world. Last but not least, English can help you when traveling or indulging in anything related to pop culture – life is not just about work, after all.

French is the official language in 29 countries and is spoken by over 220 million people – most of whom live in Western Europe and Africa. It’s the working language of international organizations, such as the UN, UNESCO, NATO, FIFA or the WHO. The Olympic Games use French as one of their official languages, and the EU has chosen it as one of their procedural languages. If you’re pursuing a career in diplomacy, international relations, or want to work on projects in or with Africa, learning French is a must. On a lighter note, let’s not forget that French is also the language of high-end fashion.

With over 300 million native speakers, you’ll not only enjoy a lot of occasions to put your language skills to good use in beautiful destinations around the world (city trip to Barcelona or surfing in Costa Rica, anyone?), but you’ll also benefit from a variety of professional opportunities when being fluent in this linguistic power player. Similarly to French, Spanish is also one of the official languages of a lot of international organizations, and it’s one of the most widely used languages of the internet. Additionally, if you plan to work in a medical field or do social work, Spanish can be a great choice. Since it’s also the second most common language in the U.S., learning Spanish will be very helpful when wanting to work in North America.

There are about 100 million native German speakers, making Deutsch the most widely spoken mother tongue in Europe. Germany’s economy is the largest and strongest in Europe and the fourth-largest in the world: If you want to be part of the language’s success, combining your German studies with a career in science, finance/banking, literature/publishing, and engineering can put you on the right path.

China boasts one of the largest economies in the world, which means business and employment opportunities aplenty. There will also be lots of people to practice with: Mandarin Chinese is the mother tongue of over 800 million people in the People’s Republic of China and Taiwan, and the language is also used in Indonesia, Hong Kong, Thailand, Malaysia, Singapore, Brunei, Mongolia, and the Philippines. Long story short: You can discuss the weather and your occupation with all kinds of people in Asia. Learning Mandarin Chinese as a second language is a great combination with a degree in business or tourism and can also boost your CV when working in manufacturing.

Knowing Italian can improve your employment prospects when pursuing a career in the arts, fashion, design, (classical) music, luxury goods, and anything culinary. These are all incredibly enjoyable things that you can discuss with about 70 million native speakers. Plus, by learning Italian, just think of all the gelato you could order without an accent?

Despite the country’s size, Japan is one of the world’s biggest and most innovative economies – especially famous for both its consumer electronic and automobile industries. Anything that has to do with manufacturing, engineering, or research and development goes well with a side of Japanese language skills. Since the country exports and imports a lot of goods, there are plenty of opportunities to be in touch with a Japanese company – and impress them with your Japanese skills.

Tags: Career advice, Job, Languages
Learn a new language with us!Learn more
Get the latest on travel, languages and culture in the GO newsletterSign me up