Why you should study abroad during your vacation 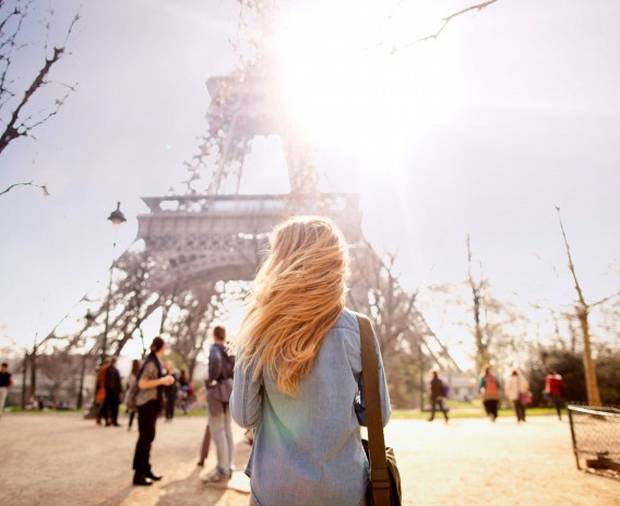 We’ve said it before, but we’ll never get tired of it: Learning a language abroad is awesome – at any age and for any amount of time. More and more people recognize the power of studying abroad, even if it’s only for a few weeks. A so-called education vacation does not only impress employers as you get hard skills and soft skills that will let your CV skyrocket, but it’s also a great and fun way to meet new people while getting to know another country and culture.

But hey, why not ask someone who knows all about education vacations first-hand? We sat down with Isabel (you probably know her from our blog) and picked her brain about her two-week study abroad trip to Paris. 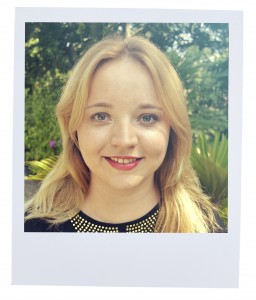 Isabel, why did you decide to use two weeks of your vacation to learn French?

I’ve been wanting to improve my French for a long time. I learned it in school, but I haven’t used it since then, and I thought that now is the time. I have five weeks of vacation a year, but I didn’t want to use up all of it for the language course – plus, two weeks was kind of the maximum length of time that I could stay away from work. Going to Paris for half a month was a good decision for me, but in my class, there were people who stayed longer or even quit their jobs to learn French.

Do you feel relaxed and recharged after going to school for two weeks?

I’m not going to lie, studying abroad for two weeks is not as relaxing as a beach vacation. I had classes every day (except the weekend, of course), but after class, I walked around a lot and enjoyed the atmosphere in the French brasseries, which was mentally relaxing. It was a different environment and a different pace, and I still relaxed, just differently. After two days, I actually forgot everything about work.

What did you learn during your study abroad trip?

Even though I haven’t spoken the language for over 15 years, I realized that I still remembered a lot of it, especially when I was reading, but I had a hard time speaking French. So the two weeks really helped my conversational skills. To get the most out of my time abroad, I chose some classes that focused on grammar and oral expression, and after a few days, I felt much more confident when I had to speak, which was definitely my goal for my stay in Paris. I was able to order food at restaurants and have short conversations with people. Before I went to Paris, I always answered in Italian, so after my language classes, my brain switched to the right language when it heard a French question.

What was the biggest surprise during your stay in Paris?

This may sound weird because I work for EF, but the biggest surprise was the location of the school. I always knew that EF Paris was in the middle of the city, but I never quite knew how centrally located it was. It’s right by Galeries Lafayette, a big department store in the center of Paris. The school is in a beautiful historic building, but on the inside, it’s very modern and bright. There was a rooftop terrace, a really great coffee machine, and wonderful teachers.

What was the biggest benefit of your education vacation?

The biggest benefit was definitely that I could refresh my French skills, and that I got a feeling for the language again. Studying abroad was a good motivation to keep improving – I still have my textbooks and I want to start watching French movies. Even though I took an intensive course with about 30 hours of classes each week, I had time to really explore Paris: I only knew it from weekend trips, but now, I had time to discover the neighborhoods and really immerse into the Parisian culture.

What was the biggest challenge?

I’m in my mid-thirties, and I’ve been living alone for a long time, so living with a host family took some time to get used to. They were truly wonderful people and made me feel right at home: On my first day, for example, my homestay mom explained to me how to get to school and how to get around Paris with the metro. But I haven’t been asked if I’d be home for dinner, or what I wanted for breakfast in a long time. I just wasn’t used to that anymore, but I really started to feel at home in the second week. Going back to school and doing homework was a bit tricky in the beginning, especially in the first week. It took some time to get back into the study groove  – especially in French. But after a few days, I was in this new rhythm, I had friends at school and knew and how the classes worked.

What was the highlight of your trip?

One highlight was definitely my visit to Versailles, the famous royal château. I’ve been there before, but now I finally had time to really take it all in. It was a beautiful day, and I spent a lot of time in the gardens and by the little lakes. A lot of Parisians had picnics there, and I enjoyed some people-watching in the sun.

Whom would you recommend studying abroad during their vacation to?

I would recommend it to anyone who wants to improve their language skills. I’ve been trying to learn French for years, with apps for example, but it just didn’t have enough substance to really advance. During my time in Paris, all I heard was French, so I learned so much faster, and it was a much more satisfying experience. However, two weeks isn’t a very long time, so I think this kind of education vacation is best for people who have some basic knowledge of the language – it’s just easier and more fun to practice and use the language if there’s already a basic understanding. If someone starts from scratch, then they should probably study abroad for longer than two weeks, just to lay a solid foundation and get the most out of the time at school.

Would you go on another education vacation and if so, would you do anything differently?

Yes, definitely! I was actually already thinking about going to Rome to learn Italian – I even looked at hotels! The only thing that I would do differently would be to maybe stay at a hotel or an apartment and not a homestay family. After living by myself for years, I’m just used to having a certain degree of independence and freedom, and being centrally located in a hotel would suit me more than the homestay experience. Plus, I would like to take advantage of the amazing local markets and grocery stores and cook myself.

Tags: Language learning, Student life, Abroad, Vacation
Learn how you can get the most our of your education vacationLearn more
Get the latest on travel, languages and culture in the GO newsletterSign me up